Belarus’ Foreign Minister, Vladimir Makei, has met with the Ambassador Extraordinary and Plenipotentiary of the Arab Republic of Egypt to the Russian Federation and the Republic of Belarus non-resident, Ihab Nasr, who is completing his diplomatic mission to our country – as informed by the Belarusian Foreign Ministry’s press service 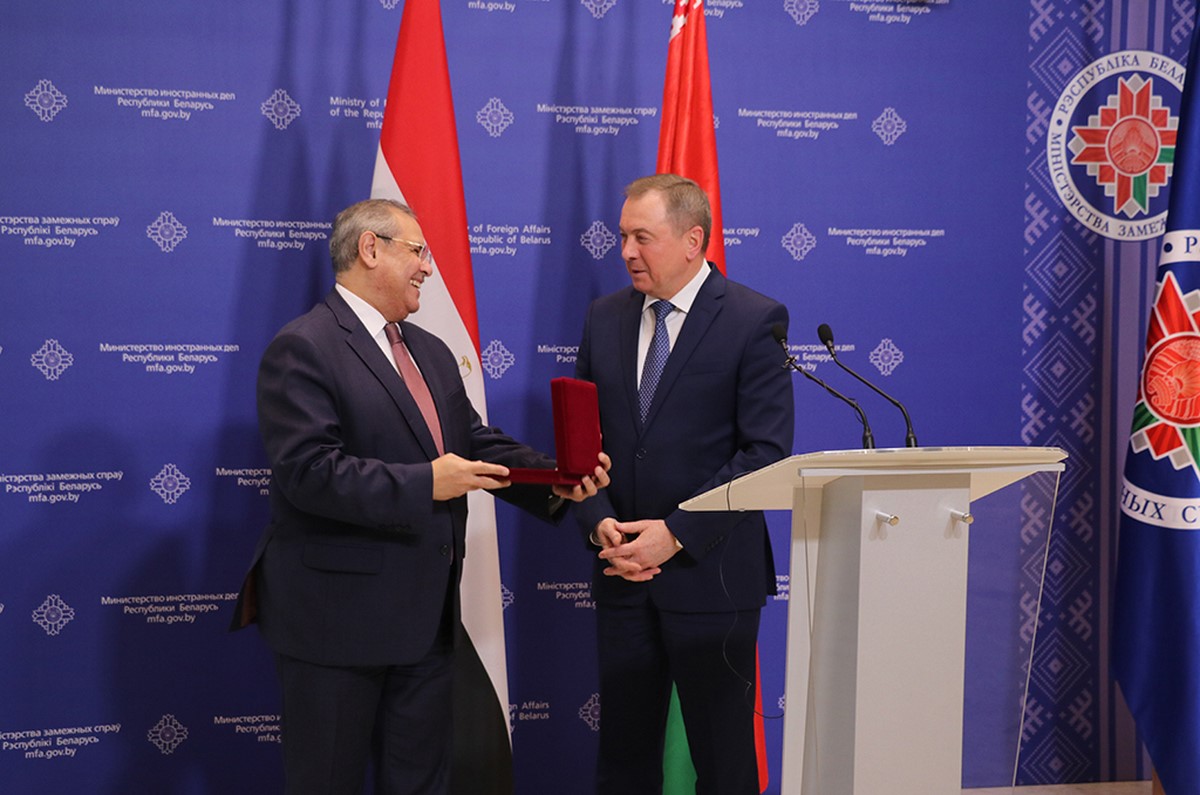 As reported, the sides discussed the state of co-operation between Belarus and Egypt in a wide range of areas, while also summing up development of contacts in various fields.

Among the issues on the agenda were expansion of political dialogue, mutual support within the framework of international organisations, trade and economic co-operation, including implementation of joint projects in the field of industry and agriculture. The sides appreciated the results of the inter-ministerial consultations held in Cairo in September 2021 and also discussed preparations for the upcoming meeting of the joint intergovernmental trade commission in Cairo in November.

In addition, intense relations between the two countries in the tourism and educational spheres were acknowledged.

Vladimir Makei solemnly presented the Ambassador of Egypt with the honourable distinction of the Belarusian diplomatic service: Partnership. He praised the Ambassador’s special contribution to deepening of the Belarusian-Egyptian political, trade, economic and humanitarian co-operation, active participation in holding high and top-level visits, as well as assistance in practical implementation of a number of joint Belarusian-Egyptian projects.