Ksenia Galetskaya won the Grand Prix of the SanRemo Junior Music Festival – leaving behind 21 performers from Italy, the USA, Germany, Russia and other countries. In her talk to the ONT TV channel, the girl shared her emotions. 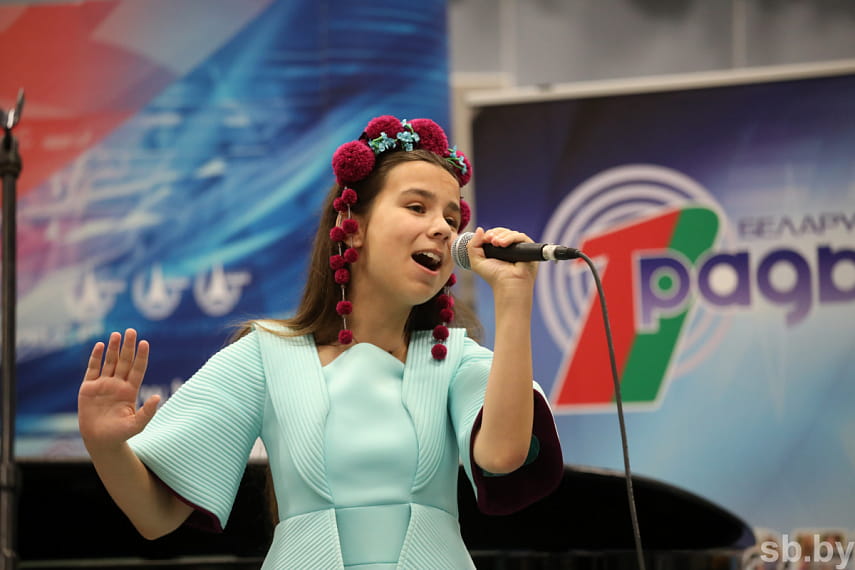 “All participants had already been given certificates and cups, while I was standing on the stage and looking at them: I had received nothing! The SanRemo Junior winner was about to be announced and I then thought that it might be me. However, I still could hardly believe,” the young singer said. “I finally got convinced of this when the winner was named: Ksenia Galetskaya, Belarus. I was incredibly happy. It was especially cool to sing at the end of the show! Some kind of adrenaline seized me and I tried to share my energy with the audience.”

Ksenia Galetskaya is 14 and she’s been studying music since the age of six. The singer was a laureate of the Special Fund of the President of the Republic of Belarus for Support of Talented Youth in 2019 and won the Grand Prix at the 17th International Children's Music Competition – Vitebsk-2019. The highest award was then presented to Ksenia by President Lukashenko during the opening ceremony of the 28th International Slavianski Bazaar in Vitebsk-2019 Festival of Arts. In addition, the girl was among the finalists of national qualifying rounds of the Junior Eurovision-2019 International Song Contest and the New Wave International Contest of Young Pop Singers.

Ksenia performs in Belarusian, Russian and English and practices vocal singing at an art studio of the Spamash Production Centre, under the guidance of teacher Tatiana Trukhan.

“SanRemo Junior is a world-famous creative festival where children from around the world compete in performance skills. Our Ksenia is certainly talented. She did everything possible to capture the Grand Prix. The competition was very serious, but victory is never easy. Ksenia works very hard, always stays strong in the pursuit of her goals and this brings success,” Ms. Trukhan said.