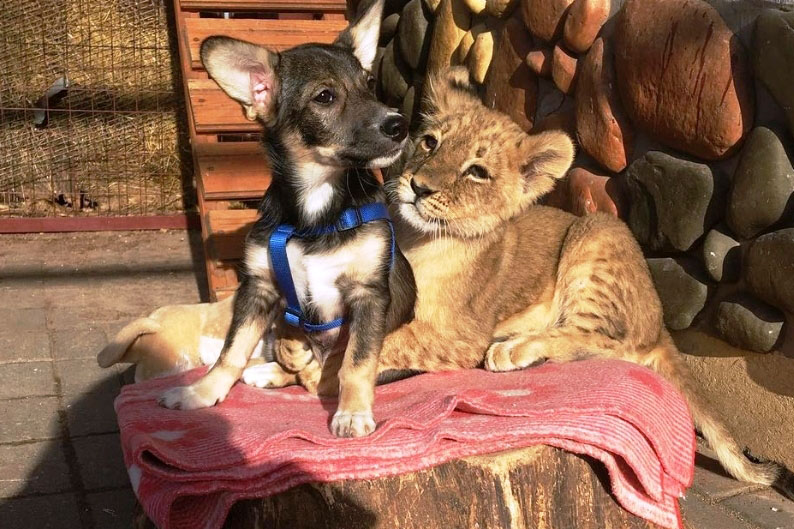 The little African lioness is called Cassandra (Kasia). She was born four months ago. Kasia’s mother died during childbirth, the livestock specialist is engaged in nursing the cub. In the Minsk Zoo, having learned that lion cubs get along well with puppies, they got a friend named Sky for Kasia. They have been together since birth. The ‘kids’ got along quickly and are now inseparable: they eat, sleep, frolic together. As soon as the puppy disappears from view for a couple of minutes, the lioness immediately goes to look for him. Looking at this couple, it’s hard to believe that different types of animals can get along so easily in the same territory.