While some experts and political scientists are arguing whether the third world war has already begun, others come to the firm conclusion — the first world information war is under way. We wake up and fall asleep accompanied by explosions of information bombs and bit by bit deduce the truth in the flow of fake news. This is information chaos into which we are plunged by the world’s largest media corporations and social networks. However, this did not happen all of sudden today. Not even yesterday. The 21st century clearly shows us how  ‘harmless’  messengers and networks become catalysts for global protests and add more fuel to the fire of revolutions. The Arab Spring, the Maidan coup in Ukraine, the Black Lives Matter activism in America, the Yellow Vests protests in France, the Catalan independence movement, riots in Belarus and Russia — this all has, among other things,  become possible thanks to social media…

Spring as a reference point

On December 17th, 2010, Mohamed Bouazizi, an illegal fruit vendor from Sidi Bouzid, Tunisia, set himself on fire to protest against a slap in the face he had been given by a female civil servant. His death became the catalyst for a series of mass protests, uprisings, revolutions and civil wars in 2011 in more than 20 countries in North Africa and the Middle East. Experts also call the Arab Spring the ‘Facebook and Twitter revolutions’, since it was social media that played the most active role in supporting the activists.
Wael Ghonim, Google Marketing Director for the Middle East and North Africa since 2010 and an activist of the revolution in Egypt, talks about how this works in practice in his ‘Revolution 2.0’ book. In his account, he opened the ‘We are all Khaled Said’ page dedicated to the memory of a young man who was allegedly tortured by the local police. Ghonim called for an active position against arbitrary actions of authorities. In a short time, the number of visitors to the account reached a million people, and soon the majority of them became active protesters in the streets of Egyptian cities...

In 2013, the then UN Secretary-General Ban Ki-moon stated that ‘new media played a central role in the fall of authoritarian regimes that ruled the Arab states.’ According to him, ‘social networks, cell phones and satellite television helped millions of people get their first chance of democracy’.

Today, such statements from a leader of the organisation that stands up for ‘peace, dignity and equality on a healthy planet’ are, to put it mildly, puzzling. In the 12 years that have passed since the Arab Spring, the number of conflicts in the world has increased, the number of refugees has grown exponentially and some of the countries that survived that spring have never recovered from political and economic upheavals. However, apparently, this is how real ‘democracy’ should look like according to the West and the UN... 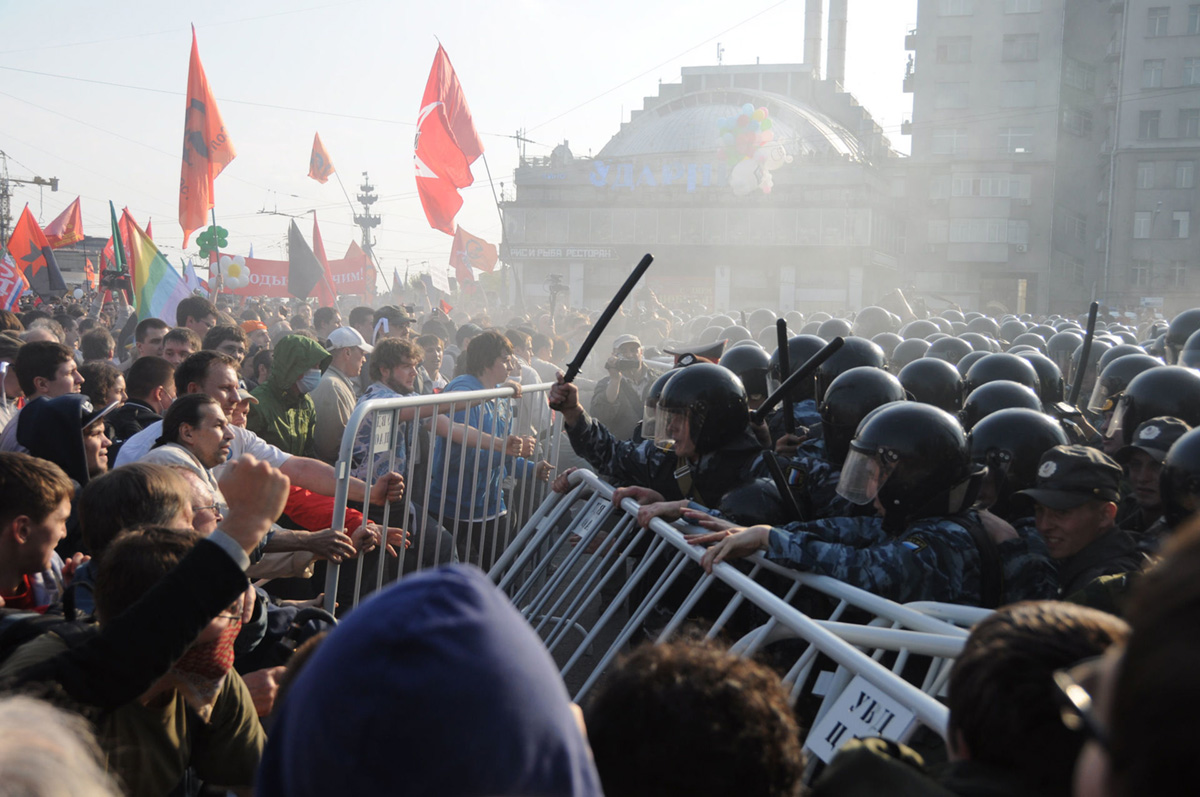 A network that kills

Mark Zuckerberg, co-founder and chairman of Meta Platforms Inc. (Facebook and Instagram social networks and WatsApp Messenger), liked to say that ‘Facebook’s mission is to connect people’. Maybe, when an unknown Harvard student launched the social media in 2004, he pursued such goals. But Facebook has long been not just inciting ethnic hatred, but actually pitting people against each other. It is surprising that Zuckerberg himself is of Jewish blood and seems to have to remember historical events that happened not even a hundred years ago. Although…
As early as in 2018, Younghee Lee, UN Special Rapporteur on the situation of human rights in Myanmar, admitted: ‘Facebook has become a predator.’ Then, UN experts did voice the opinion that the network played a big role in the deterioration of the situation in Myanmar in 2016 -2017, when several thousand (no exact data is available) representatives of the Rohingya people were killed.
By the way, last December, dozens of Rohingya refugees in the UK and the US filed a class action suit against Meta. They accused the company of having done nothing to prevent hate speech against Myanmar’s Muslim minority on Facebook.


The President of Belarus Aleksandr Lukashenko said:
“A war has been launched against us, and it is even worse than a hot one. In a hot war, it is hard, people die, but everything is clear: you and the enemy. And here — a hybrid war in the media, economy and finance.“
(On March 1st 2022, during a meeting with members of the Security Council and leaders of the Council of Ministers.)

On March 11th, 2022, Meta made an unprecedented decision to allow posting information containing calls for violence against Russians and calls for death of the presidents of Russia and Belarus on Facebook and Instagram.

“As a result of the Russian invasion in Ukraine, we are temporarily allowing forms of political expression that would normally violate our rules, that is, aggressive words such as ‘death to the Russian occupiers’. We will continue to prevent calls for violence against Russian civilians,” a Meta representative’s statement read.
According to an internal memo,       temporary changes to the policy of moderating calls to violence against Russian military personnel applied to Armenia, Azerbaijan, Estonia, Georgia, Hungary, Latvia, Lithuania, Poland, Romania, Russia, Slovakia and Ukraine. 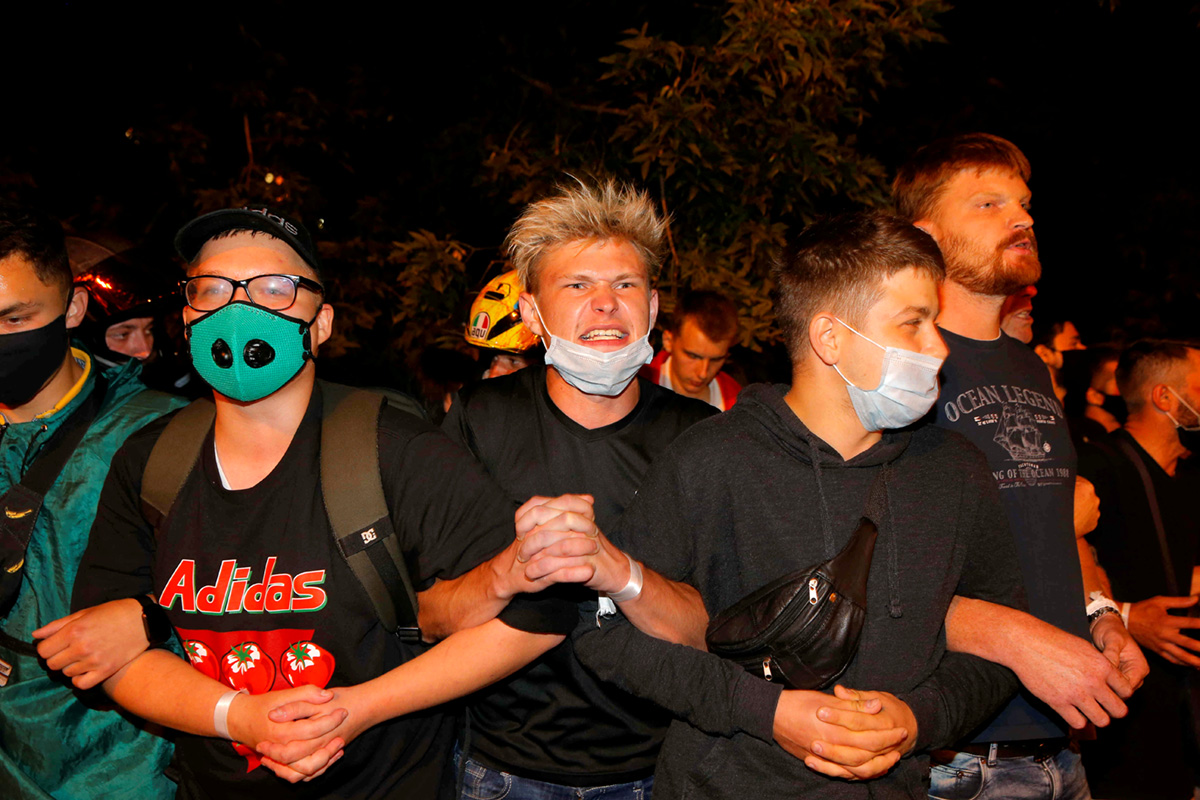 On March 14th (by this time, access to Facebook and Instagram in Russia was limited), the company partially ‘changed its mind’ and declared, “To avoid ambiguity, we are further narrowing our directives to make it clear that we do not allow calls for death of a Head of State on our platforms.”
According to Gennady Davydko, Chairman of the ‘Belaya Rus’ Republican Public Association and Chairman of the Standing Commission on Human Rights, National Relations and Mass Media of the House of Representatives, the first world information war is currently under way, “In Parliament, we plan to change the legislation that increases liability for false information. What is now called fakes is generally a false, just a lie. In our time, words are bullets... Later, it turns out that this or that information is unreliable, but someone has already made a decision or taken a disastrous action based on this information.”

In his Theory and Technologies of Social Destruction (on the Example of ‘Color Revolutions’) monograph, Igor Sundiev, chief researcher of the All-Russian Research Institute of the Ministry of Internal Affairs of Russia, cites an interesting fact: an analysis of many ‘color revolutions’ shows that the number of offline and online protesters is manyfold different. And this is achieved with the help of special programmes.
For example, in 2010, The US government entered into an agreement with HBGary Federal to develop a computer programme which can create multiple fictitious accounts in social media to manipulate and influence public opinion on controversial issues by promoting propaganda.
A year earlier, the US Air Force commissioned the development of Persona Management Software (a character management programme) which can be used to create and manage fictitious accounts on social networking sites to distort the truth and make it appear that there is generally accepted opinion on controversial issues. 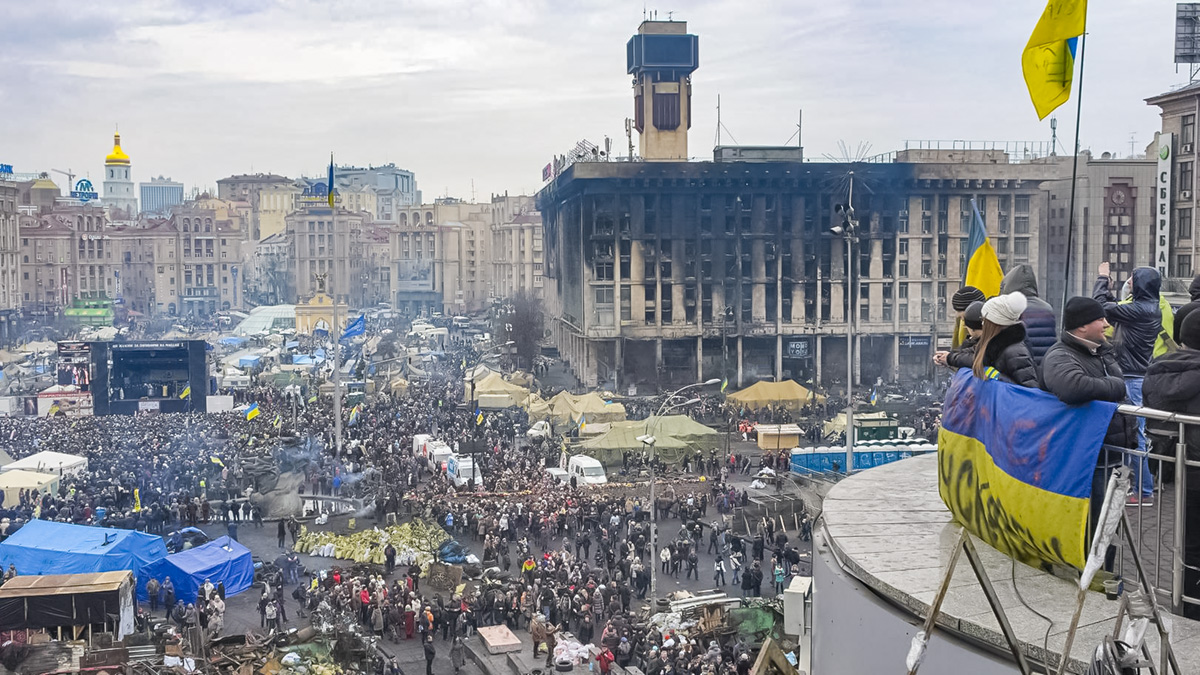 This programme would allow a small number of people to create an ‘army of virtuals’ (fictitious users) who can distort the truth while making the impression of a ‘real online rebellion’ at the same time.
So is it possible to win in the information war the strategies of which are becoming more sophisticated and global? A few decades ago, when there were no twitters or facebooks, the Canadian philosopher and media and communications theorist Marshall McLuhan talked about the advantages of traditional societies in the information war. It seems that his algorithm for winning in the information confrontation is still relevant: to be ‘aggressively effective in the modern world of information’, it is necessary to activate the the national system of priorities in minds of people, to create a vivid image of the national idea and to adapt traditions to new means of communication. Simply put, to develop and intensify one’s own ideology and culture, strengthening them many times through advanced high technology.