The trend to increase demand for import-substituting industries: the top manager of the Great Stone tells about the progress of the construction of the park

International logistics has experienced many shocks in the past two years, but until the beginning of 2022, it worked according to clear rules. So far, Western countries have not introduced a number of restrictions. Due to the many changes, businesses and carriers have had to rebuild. Many succeeded, but today, frankly speaking, the market of international cargo transportation remains unpredictable, long and expensive. At the same time, large projects continue to look for windows of opportunity. Work has begun on a new transport and logistics centre at the China-Belarus Great Stone Industrial Park, which is being built as the largest international hub between East and West. The complex will be built by Beltamozhservice, which has recently registered as a resident of the park. First Deputy Director General of SZAO Industrial Park Development Company Kirill Koroteyev shared details about this project, as well as about the construction of the Great Stone and attracting residents from foreign countries.

We are working on a new project, however, the old one remains on the agenda, too

— Could you please tell us about the work on the project of a new multimodal transport and logistics centre of Beltamozhservice? And since this is the second project of this level in the Great Stone, let me clarify how things are going with Eurasian Railway Gateway, which was also supposed to build a bimodal railway terminal?
— To be clear, let’s start with the second question. Initially, it was planned to build a bimodal railway terminal on the territory of the industrial park. Our resident, Eurasian Railway Gateway, is a project in which the German, Belarusian and Chinese parties participated. But at the moment, Duisburger Hafen JSC is forced to leave the project in Belarus due to sanctions. At the moment, there is a procedure for its exit from the shareholders. At the same time, the project of a bimodal transport and logistics centre is by no means cancelled. Now there is a change of shareholders, development teams. We, in turn, are looking for a replacement — we are negotiating. Furthermore, we already have at least two candidates for this position. 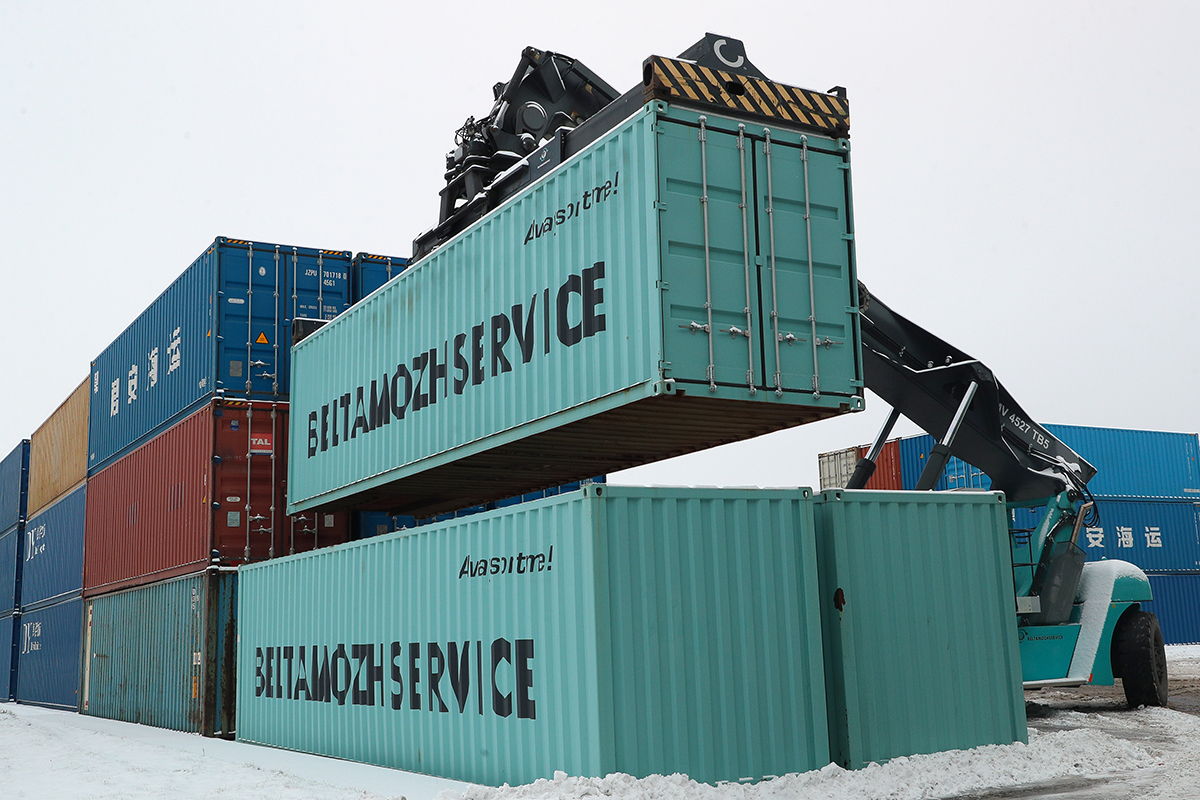 In order not to waste time and not go beyond the planned schedule for the construction of logistics infrastructure, we were looking for potential partners who would be interested in a similar project in Great Stone. This company was Beltamozhservice. The enterprise will build a transport and logistics centre in the park. The company was recently accepted as a resident. The Beltamozhservice office is already operating here, and a number of services are provided on the basis of China Merchants Group warehouses. For this enterprise today there is a need for further capacity building, so they were also interested in the issue of building a multimodal terminal in the park. First of all, the new project will focus on the handling of rail cargo, both container and general, but there will also be an option to handle air and road cargo. At the same time, the final strategy can still be changed and expanded by the company.
We are considering the possibility of placing two terminals in the neighbourhood, and we believe that this will provide a certain synergy. For example, a customs clearance point will work for two terminals, which means a larger flow of cargo, a turnover of trains. At this stage, together with Beltamozhservice, we are deciding the technical parameters, and design will begin in the near future.
An access freight railway line will be built to the terminal. On the road to the terminal, the design documentation has been developed, we are working with funding sources. As soon as the construction of one of the terminals starts, we will start building the road infrastructure.

— How are things going with the construction of the Great Stone at this stage?
— We have created the infrastructure for the first stage of development of the park of 8.5 square kilometres. We are finishing the final touches on closing contracts with our general contractor. Now we are waiting for the start of construction of the second stage along with the terminals. We are ready and everything will depend on the current situation. 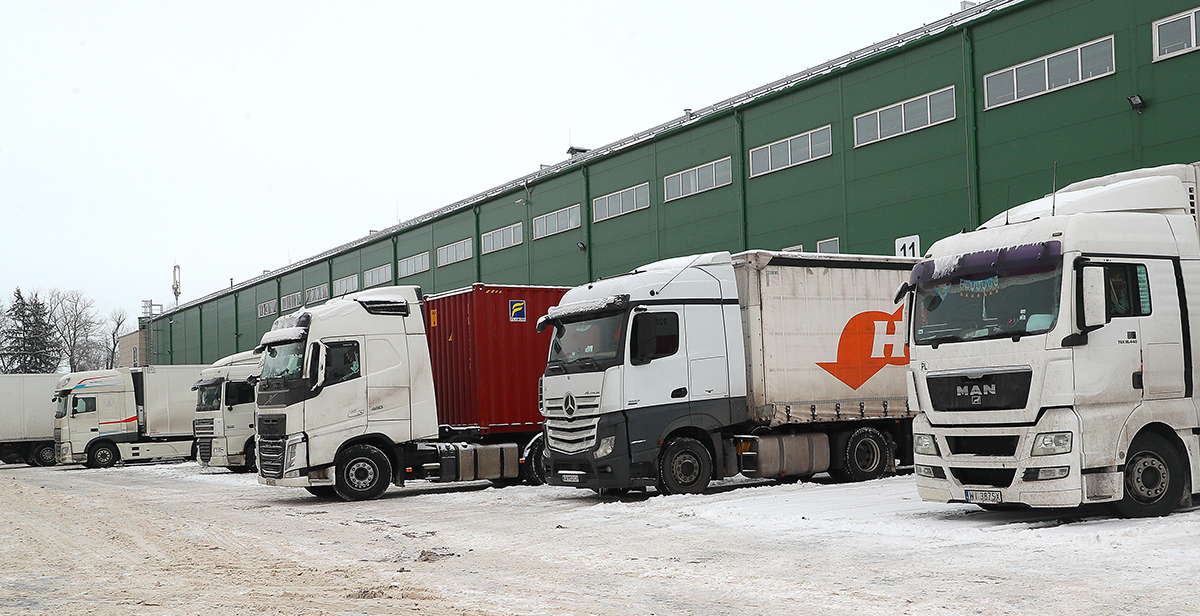 At the same time, we will definitely continue to develop the construction of production buildings. We have a great interest in ready-made production facilities. Almost all of our buildings, primarily three-storey buildings, will find tenants before the end of this year. Over the past two months, we have seen a trend towards an increase in demand for import-substituting industries. We will start building at least one of them next year. And also we will start designing a new type of buildings with a larger area.
In terms of residential infrastructure, it is expected that the new hotel will be introduced in May next year. The administrative building of the Torch project will also be filled in May next year. As part of the project, a management team has been formed and the search for future tenants and projects with an R&D bias is already beginning. As for housing, we are counting on China’s help in this matter. There are expectations that the construction of residential buildings will begin next year.

— If we talk about attracting new residents during international events, what is the interest in the industrial park today amid various restrictions?
— The magnetism of the park on foreign markets remains high despite the sanctions. The day before, we took part in investment forums in Turkey and the UAE as part of national expositions. There is interest from foreign investors in terms of new opportunities for working under sanctions. After all, windows of opportunity appear in sanctions, because the market of past years has already seriously changed. New niches are also emerging. For example, Turkey today is conditionally an intermediary between Western manufacturers and Russian companies. We have plenty to talk about from the point of view of the possibility of localisations under Turkish brands. And this interest needs to be developed. We will continue this trend. Soon we will participate in a business forum in Kazakhstan and also demonstrate our capabilities.


THE STONE IS ON THE RISE
In January-September 2022, the China-Belarus Great Stone Industrial Park was replenished with 17 new enterprises. Thus, the number of registered residents increased to 99 companies, and the declared investment volume — up to $1.3 billion.
According to the results of the first nine months of 2022, the park’s companies demonstrate good results. Production volumes increased by 1.5 times, proceeds from the sale of products by 1.8 times, export of goods and investments in fixed capital increased by 1.2 times. As a result, a net profit of Br56.1 million was received and a 2.1-fold increase in the volume of taxes, fees and payments paid to the budget and extra-budgetary funds was ensured.