On the Day of National Remembrance of Victims of the Great Patriotic War and the Genocide of the Belarusian People, President Aleksandr Lukashenko laid flowers at a mass grave in the village of Khimy, Orsha District, not far from his birthplace

In addition to the outstanding monuments everybody knows and memorial complexes, which remind visitors about the war-torn past, Belarus has thousands of small graves like this and monuments, which should not be forgotten either.
In Khimy, not far from the birthplace of the Head of State, 18 villagers are buried, as well as nameless tankers who died during the Great Patriotic War. 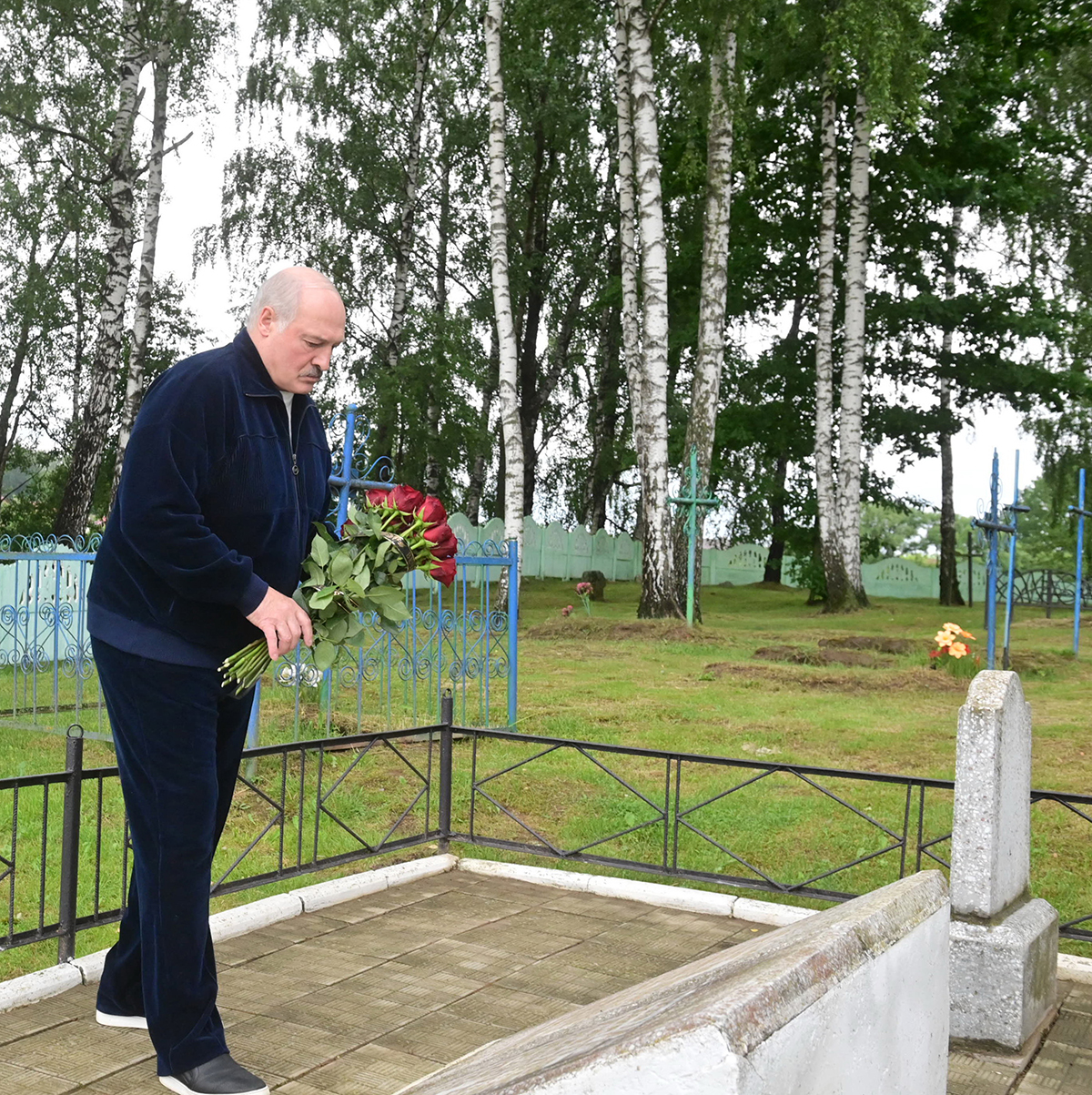 The President laid flowers and said a few words, addressed the Belarusians, “On this day our Belarusians and not only them — residents of post-Soviet republics — gather at significant memorials, obelisks, which are known all over the world. Such as the Brest Fortress, Khatyn, and other ones. In order to honor the mass heroism of the Soviet people during the years of the Great Patriotic War. It is the right thing to do. But particularly in Belarus a huge number of heroic deeds were committed by small groups of Soviet people, simply residents of Belarus. There were many solo deeds, particularly heroic deeds committed by pilots and tank crewmen. And grateful residents have erected thousands upon thousands of such monuments all over Belarus, nameless monuments and with names of small groups of people and individuals. We should not forget about them. We have to keep them clean and in good order. Because they create cleanliness in our souls and hearts. On this day I want to address Belarusians so that they would pay close attention to these sacred places.”
After that Aleksandr Lukashenko went to visit his mother’s grave.