The source of Belarusians’ values is the historical memory, the Head of State said during his Address to the Belarusian People and National Assembly. Aleksandr Lukashenko stressed that our centuries-old spiritual and moral guidelines have hardened in the most difficult conditions – also forming a real Belarusian character. The President explained: although much is now being talked about the Great Patriotic War, other stages of our statehood development are in no case forgotten or rejected. 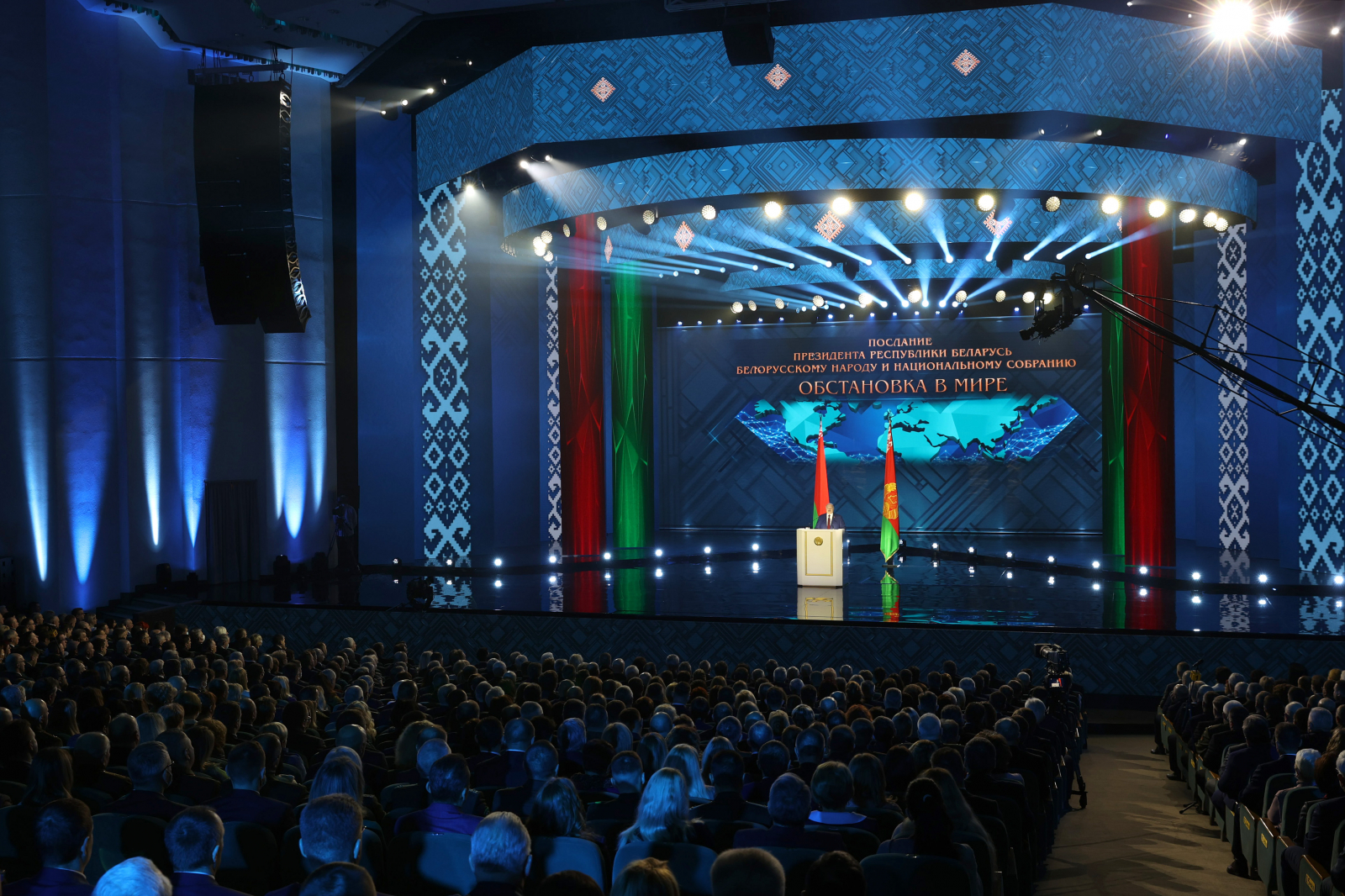 “We must pay a serious attention to this in 2022 – so that to show everyone, especially our children and youth, who we are, where we came from, what we have gone through and how many human destinies have been lost on the path to our sovereignty and independence,” the Head of State said, adding that this is the reason for declaring 2022 the Year of Historical Memory. “It is full of significant dates and anniversaries for Belarus – related to history, science and culture. The views and versions – that are being inculcated – should not close our memory of the past,” he noted.

Aleksandr Lukashenko urged to look around to see how the history is being distorted in the neighbouring countries, “The streets of European capitals – liberated by the Red Army – host marches of young people with fascist swastikas. Nazis are revered as heroes there, and torchlight processions are organised in their honour. Monuments to Soviet soldier-liberators are demolished. Could we have imagined such a situation a dozen years ago?”

At the same time, the Head of State noted that Belarusians continue to open pages of Belarus’ history, “The Prosecutor General's Office initiative to conduct a large-scale investigation of crimes against the Belarusian people is definitely important and relevant. New facts of Hitler's occupation are now being discovered. We are talking about a purposeful Nazi policy of genocide on the territory of Belarus. Killing of over 3m residents of Belarus became its bloody outcome.”

The President is convinced: it is extremely important to ensure that the data provided by witnesses of war crimes, the results of examinations and excavations do not lie on the shelves collecting dust. “The atrocities of fascists and their accomplices must not be erased from the memory of history. A monument to children – victims of the Great Patriotic War – in the village of Krasny Bereg and other grievous places on our land tell us more about their crimes than thousands of words. There are hundreds, thousands of such places. We will seek recognition and condemnation of the genocide of the Belarusian people at the international level,” Aleksandr Lukashenko added.