Political analyst Piotr Petrovsky shared this opinion in the studio of the Belarus Segodnya Publishing House, which is housed by the public information centre for monitoring the referendum 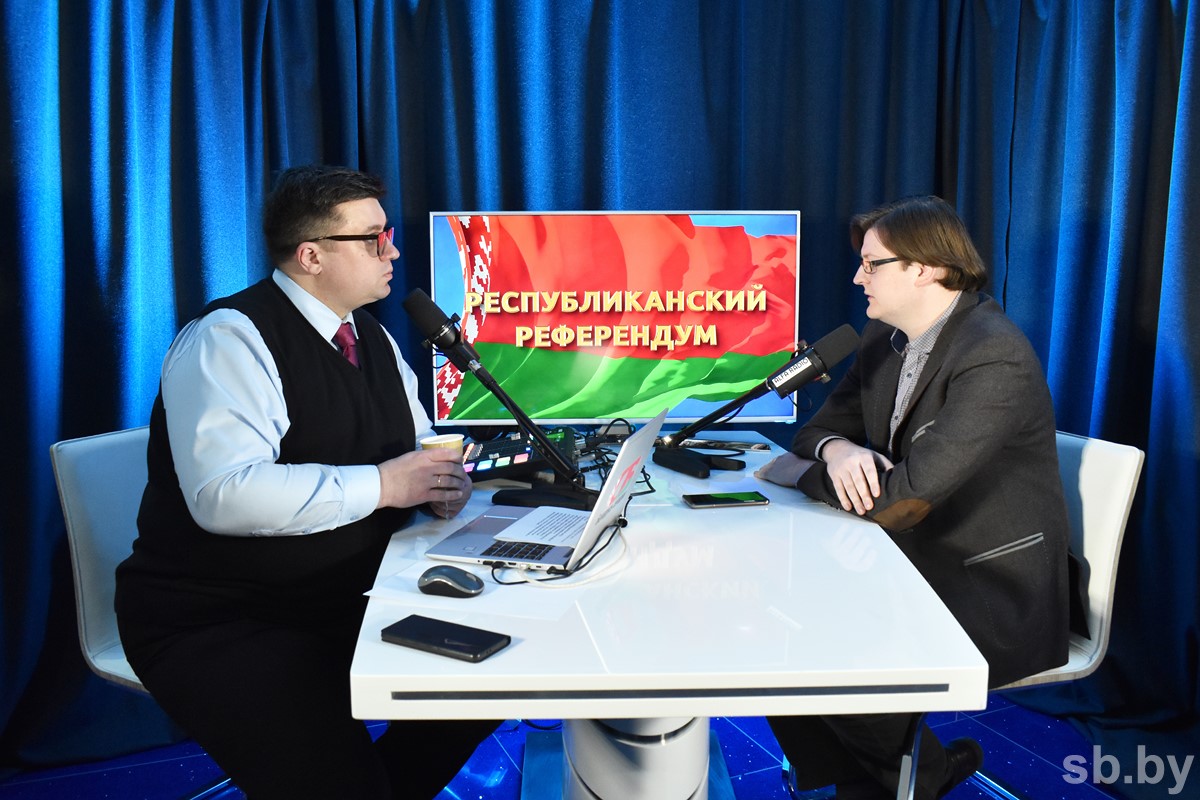 “I assess high turnout as a demonstration by the Belarusian society of the desire to live in peaceful Belarus,” said Mr. Petrovsky.

He drew attention to the fact that the draft amendments and additions to the Constitution, submitted to the referendum, are a compromise model, which was developed on the basis of various points of view. The expert underlined that the resulting draft of the country’s Basic Law ‘reflects all realities, including geopolitical’.

Mr. Petrovsky added, “People go and vote, seeing that Belarus’ socio-political system is being modernised in a civilised, democratic way, and, on the other hand, seeing what the Maidans are leading to. I think the support for the changes will be record-breaking because people do not want war, people want to peacefully build the future of Belarus.”