Day of People’s Unity is a response to new attempts by West to divide Belarusian people, the President said as he addressed the large-scale patriotic forum in Minsk 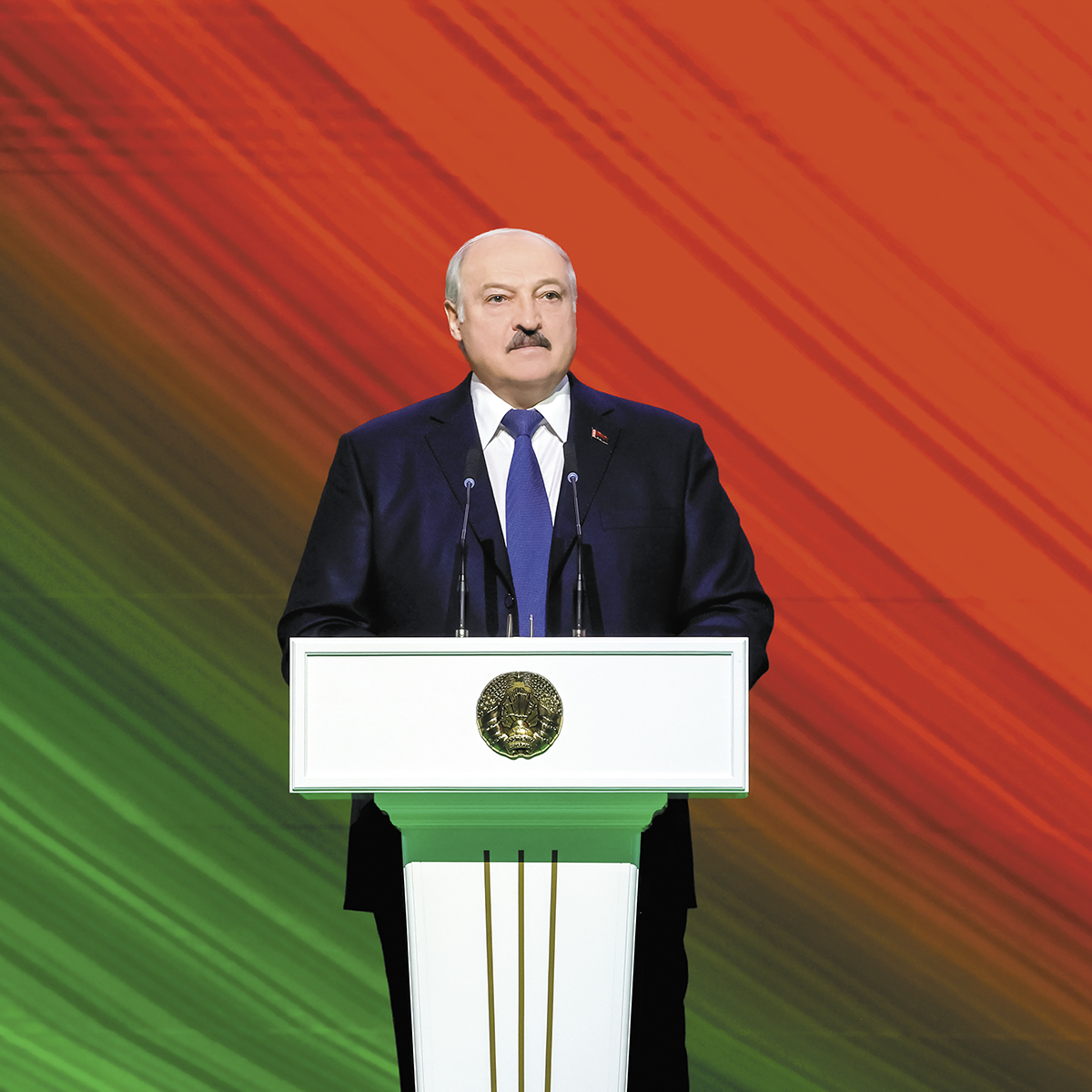 The date of September 17th has firmly taken its important place in the calendar of public holidays. The ‘This is OUR History!’ patriotic forum, which brought together about 10,000 patriots from all regions of Belarus at Minsk Arena, was the culmination of the celebrations. The Head of State took part in the forum. The speech of the Belarusian leader was powerful, those present repeatedly supported the President with warm applause.
First of all, Aleksandr Lukashenko drew attention to an important fact: recently, Belarusians perceive the current events in a simple and casual way.
“On the one hand, you are right, as it should be. On the other hand, you can’t even imagine what a storm of emotions was caused by the proclamation of this holiday in Belarus not only among our neighbours, not only among the Poles, but throughout the world,” said the President.
According to him, September 17th is the day that in the historical memory of Belarusians stands next to the state holidays of the Great Victory and Independence Day. Because back in 1939, this day predetermined the future heroic achievements of the united Belarusian people.
“We have reinstated the lost tradition of celebrating the liberation of the western Belarusian lands into our lives not only as a tribute to the memory of this epochal event. Without this event, it was difficult to talk about victory, not to mention independence.

This is a response to the new attempts of the West to divide the Belarusian people and tear the country to shreds. Future generations of Belarusians must remember historical lessons… We will not be pushed to the left, then to the right, then from East to West, be divided and torn, if we live on our land, appreciate it, do not give it to anyone and sacredly preserve our sovereignty over this territory. So personal agendas aside! Only the people, only the state!”

Aleksandr Lukashenko recalled that the Byelorussian Socialist Soviet Republic in 1921, after the conclusion of the Riga Peace Treaty, consisted of six districts of the former Minsk Province on the area of just over 52,000 square kilometres. The population of the country then was about one and a half million people. The treaty of 1921 was not peaceful for Western Belarusians, Aleksandr Lukashenko emphasised: The President of Belarus urged not to speculate on the topic of the Ribbentrop-Molotov Pact,

“The collapse of the Interwar Poland was solely the job of Poland itself. When decisions were made to launch the Red Army liberation campaign, Poland no longer existed as a subject of international politics. Pay attention to that. It was a 39th year, even 39-40s. They say that there was no Belarus, that the western lands are Poland, that they were occupied by the Red Army. They see our reunification as an occupation. But this entity, which disputes this fact, did not exist back then.”

Aleksandr Lukashenko drew attention to another paradox of history,

“The Belarusians, in alliance with other Soviet peoples, not only prevailed, but also, having put aside previous grievances, liberated Poland from fascism in 1945. More than 600,000 Soviet soldiers (many of them were Belarusians) perished in Polish soil. Who on the other side of the Bug River remembers this today? How do they pay us back today? They pay us back with Pole’s cards, Belsat’s fake news, Kalinovsky’s programmes, political emigrant centres, bypols, bysols and other ideological sabotage programmes.

Add to the fact that on the territory of these states, especially in Ukraine (a convenient place) they are setting up armed units to overthrow the government in Belarus and to take us back to at least 1939.” 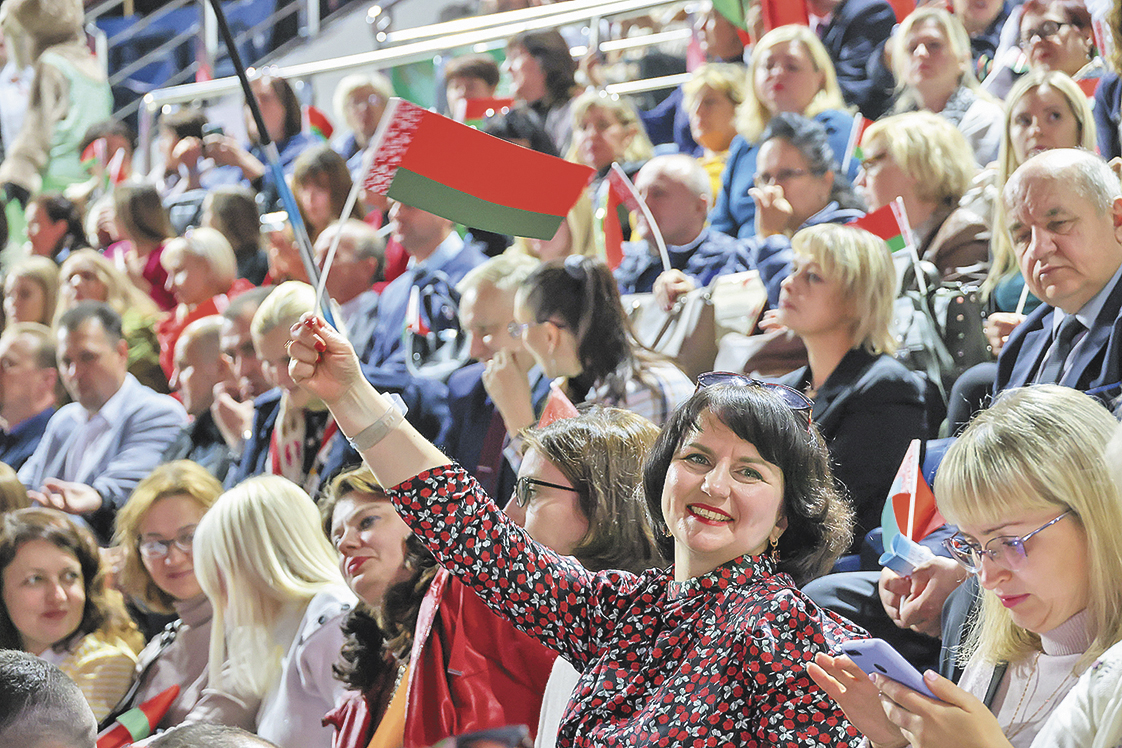 Speaking about today, the President of Belarus stressed that the United States is pushing Europe into a military confrontation with Russia on the territory of Ukraine. They are not hiding their plans — the contracts have already been concluded for years to come. Ukraine will be destroyed to the ground. The goal is to weaken Russia and destroy Belarus, “Another target of the ‘overseas masters’ is Europe. America is the only beneficiary of what is happening here: Europe will be put in its place, and competitors will be removed. Today Ukraine, tomorrow it will be Moldova or the Baltic states, Poland or Romania. The United States is fanning the war in Kosovo, putting pressure on Serbia, adding fuel to the smouldering contradictions in Karabakh, muddying the waters in Syria… Washington has its hand in all significant political conflicts, while completely ignoring internal contradictions on the verge of civil confrontation…

It is for the first time since the end of the Cold War that the humanity has found itself on the verge of a nuclear conflict. In this ongoing hysteria, we will have to prove our national maturity and readiness to respond to the geopolitical challenges of the 21st century with a united front.”