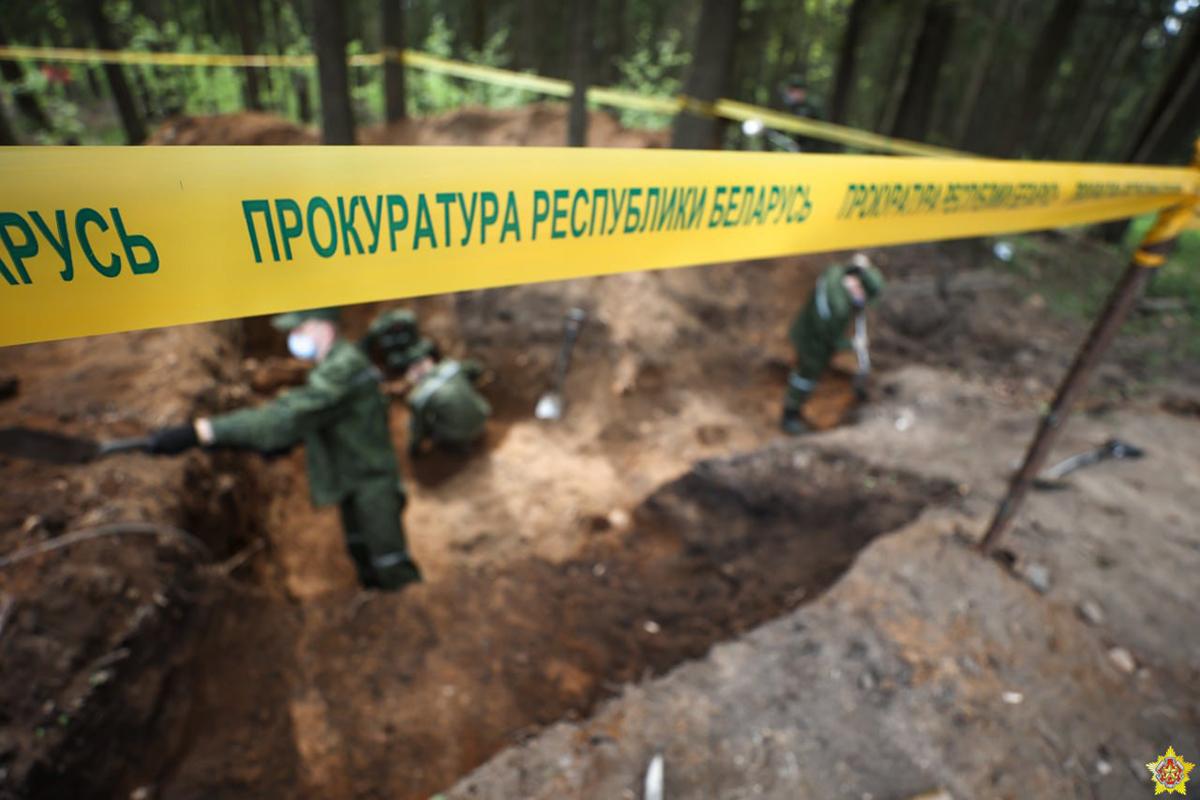 Within the framework of a criminal case on the genocide of Belarus’ population during the Great Patriotic War and in the post-war period, servicemen of the 52nd separate specialised search battalion work together with employees of the Prosecutor General's Office.

The commander of the first specialised search company of the 52nd separate specialised search battalion, senior lieutenant Sergei Myrza, commented on the find, noting that – according to the Prosecutor General's Office – there are about seven graves used by the Nazis as places for mass murder of Belarus’ population in the area. "By now, one of the graves – with remains of about twenty people – has been discovered. Presumably, they died by violence – as evidenced by the German-style shell casings found next to the bodies and peculiar bullet wounds in the skull area. Further, an investigative team will work at the burial site," Mr. Myrza said.