Conflicts, COVID, the climate crisis, rising costs, illegal sanctions and reckless policy of the West have combined in 2022 to create jeopardy for the world’s 811 million hungry people 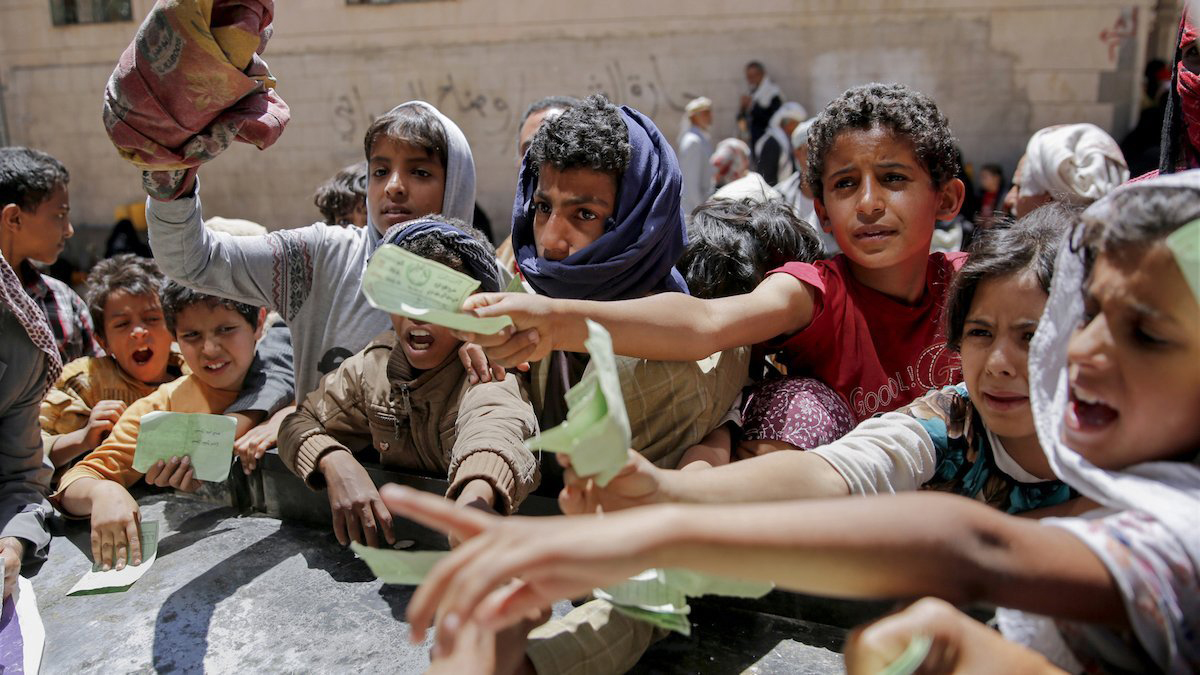 People hold out coupons and ask for food in Yemen
Photo: www.24tv.ua


The World Food Programme estimates about 49 million people face emergency levels of hunger. About 811 million go to bed hungry each night. The number of people on the brink of starvation across Africa’s Sahel region, e.g., is at least 10 times higher than in pre-COVID 2019.
The costs associated with anti-Russian sanctions will be staggering for the whole world. Sane experts have repeatedly warned politicians from Washington and Brussels about this. Ill-considered restrictions against Russia and Belarus, a logistical collapse, coupled with a conflict in Ukraine, led to a rapid rise in energy and food prices. The African Union has already accused the EU and the US of doing everything to aggravate the situation.
According to experts, this year’s grain harvest on the planet could be halved due to lack of fertilisers and difficulties with their delivery. This will affect not only the countries of Africa, Asia and Latin America. Deficit and inflationary surges seem to be part of the life of the US and the EU for a long time. The degree of economic tension has escalated to such an extent that the authorities in some EU member states have to introduce food checks to support people with low incomes.
“Across Europe, energy prices are skyrocketing, and improvements are not expected in the near future. Rather the opposite. It will not be easy for many,” the Czech newspaper iDnes writes. “European Commissioner for Jobs and Social Rights Nicholas Schmidt has already warned that millions of people across Europe will be impoverished.”
Moreover, due to the growing food crisis, more people from Africa, the Middle East and Asia will seek to leave their homes and enter the countries of Europe. And no seas, walls and fences will stop tens of millions of hungry people.
According to the May 2022 Hunger Hotspots report (prepared by the WFP and FAO), Ethiopia, Nigeria, South Sudan, and Yemen remain at ‘highest alert’ as hotspots with catastrophic conditions, and Afghanistan and Somalia are new entries to this worrisome class since the previous report. These countries all have segments of the population facing IPC phase 5 ‘Catastrophe’ — or at risk of deterioration towards catastrophic conditions, with a total of 750,000 people already facing starvation and death in Ethiopia, Yemen, South Sudan, Somalia and Afghanistan.

Based on the materials of www.wfp.org