When approving the decision on guarding Belarus’ state border today, Aleksandr Lukashenko commented on the upcoming Allied Resolve 2022 Belarusian-Russian exercises and the western countries’ reaction to them 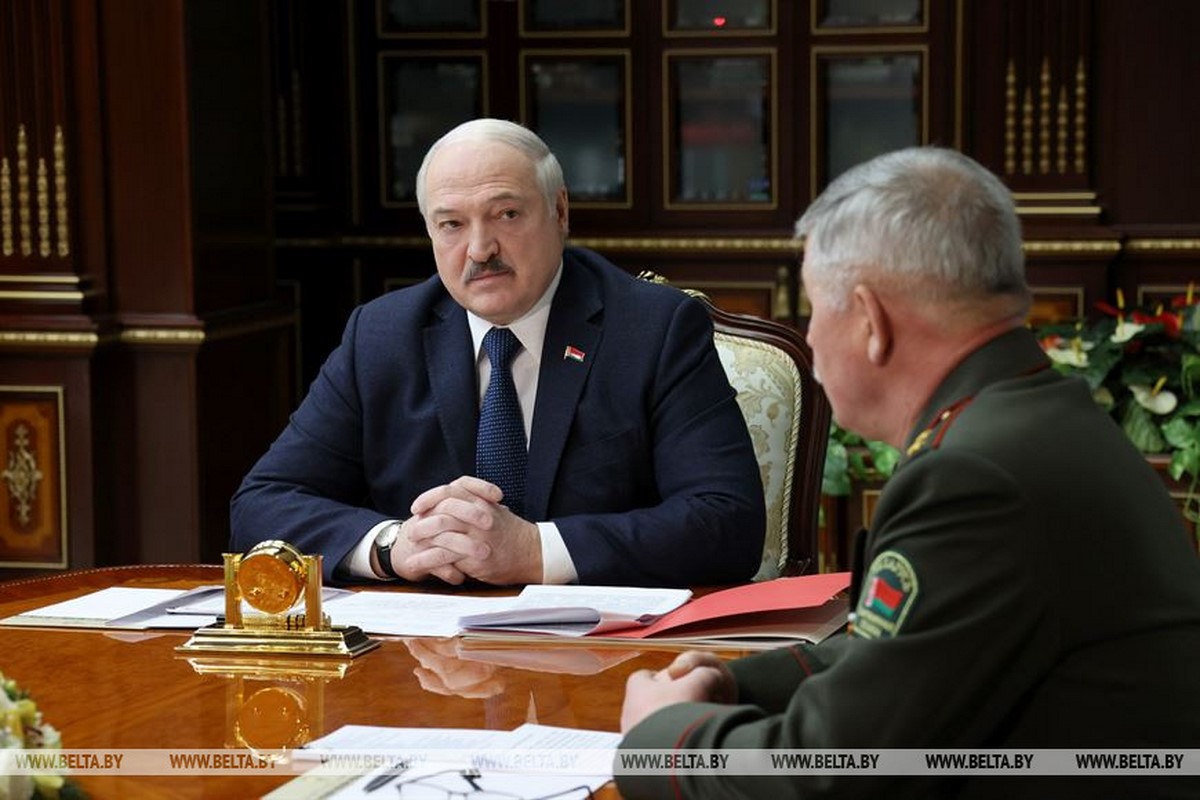 The President recalled that the exercises with the Russian Federation had been announced a long time ago. In addition, large-scale exercises were held in 2021. “Last year, we had large-scale exercises and, this year, they will be held in the south of Belarus. This is important for us also because we will have to deploy a whole contingent of the Belarusian army there. It is not related to any occupation. We simply want to defend our southern border,” he informed.

The Belarusian leader stressed that it is necessary today to pay attention to the concentration of troops not only on the border of Latvia, Lithuania and Poland, but also Ukraine, “We were not the first to pay attention to our southern border. Ukrainians began to draw up forces there. I do not understand for what reason.”

The Head of State also commented on the latest information about the US State Department’s threatening position. “They came to our diplomats in New York and began threating us – saying, “Well, if you allow Putin and Russia to do this or that, then we will impose sanctions; if you return nuclear weapons to Belarus, then this and that will happen…” It is a mentoring tone in relation to Belarus, as you can wee. I want to draw their [attention] to what I said in Luninets. It is no need to add anything here: we need no war,” Aleksandr Lukashenko said.

According to the President, these are the Americans who – by actions of Poles, Latvians, through their own efforts – are pushing Belarus to these actions. Aleksandr Lukashenko stressed, “We were a donor of security in the region. We have always been appreciated for this. Why did you push and make us ‘aggressors’ (in their definition) back in 2020? Why was it necessary? Meanwhile, they are threatening us at present! Listen up. You cannot make it worse for us. However, you know how we will respond if you want to put us on the edge of the abyss.”

Commenting on the current situation, the Belarusian leader added, “We will have to defend the borders of our country as it should be. We know how to do it. We will do it; I have no doubts. Well, they might threaten and reproach us but they should turn back to their own actions.”

The Head of State added that it was the European Union that curtailed co-operation on the border, “It was not us who turned to the escalation of relations. We just reacted after the fact. We will act in the interests of our state – no matter what they tell us and no matter how they threaten us.”