Speaking at a meeting of the Council of Ministers on functioning of the economy under sanctions and measures to overcome them, the President of Belarus, Aleksandr Lukashenko, emphasised that his demand to create new production facilities and jobs in each district is a political decision, and it must be fulfilled, BelTA reports 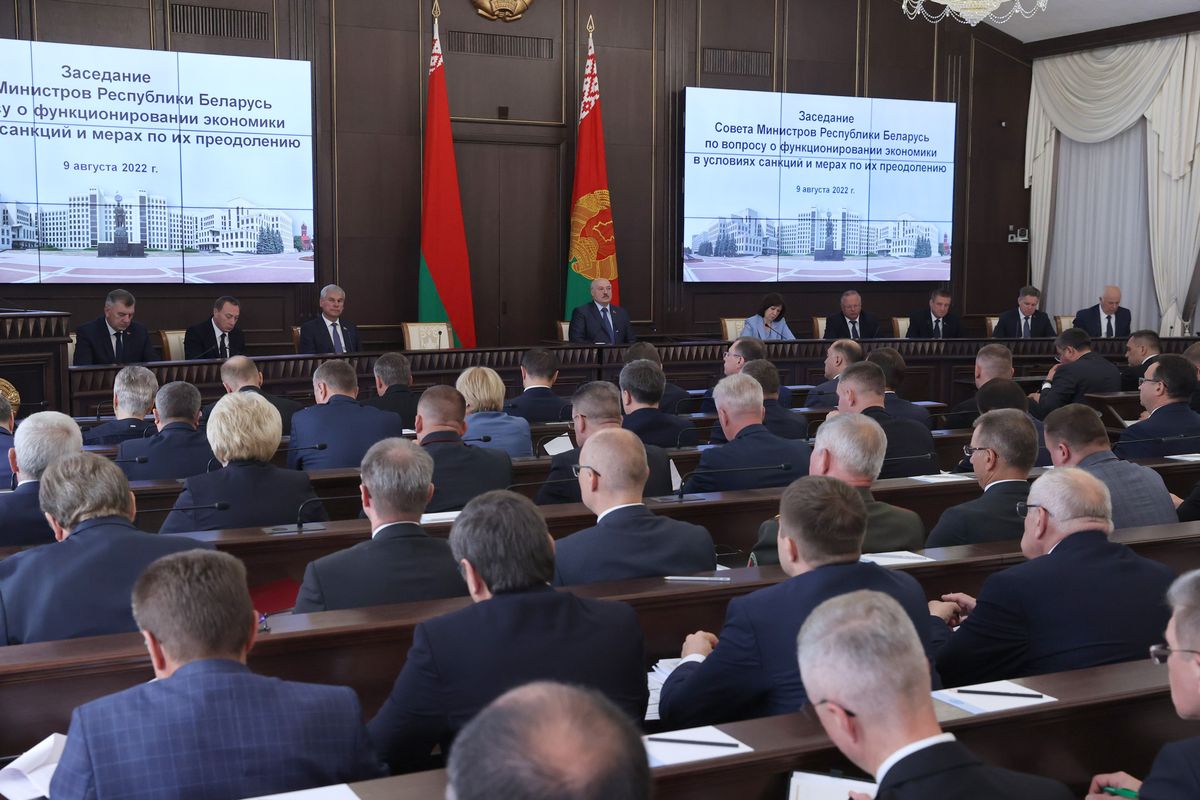 Vasily Gerasimov, the Chairman of the State Control Committee, informed that not all district leaders came up with a proposal to create export-oriented, innovative small production facilities.

Prime Minister Roman Golovchenko confirmed that such a problem really exists, and not all heads have a strategic vision of their district development. Many of them are simply engaged in their daily routine, and the Government is ready to get involved and propose projects in this regard. Preliminary work and analysis have already been conducted, and the country’s districts have been conditionally divided into three groups: industrial, agro-industrial and agricultural. The Economy Ministry has analysed the specific advantages of each of them – paying attention to the available reserves of raw materials and the availability of workforce. "We are already making a map of industrialisation, and we will propose these projects to our regions. I see no other way,” Mr. Golovchenko said.

In this regard, Aleksandr Lukashenko warned the governors that the decision is political, and it must be strictly followed. “It sounds good when you say that we will… If any governor might think that I was joking, they are mistaken. You do not understand: this is a political decision of the President,” he stressed.

The Head of State added that small settlements are not Minsk. People there are not rich, they need to be provided with good jobs. "All those who are unemployed are seen there. We need to encourage them to find jobs. The most important reason for this political decision is to distribute workforce – at least, to avoid an influx from the regions to Minsk. Otherwise, Minsk will soon be overpopulated,” he said.

Aleksandr Lukashenko reminded that a range of decisions were made in the past, and a programme aiming to develop satellite-towns was implemented in order not to attract so many people to the capital. “We are still building housing in Minsk, but it is necessary to go there – to these towns and district centres. It is necessary to create a normal life there and spread people evenly. Therefore – when thinking of a possible proposal – I relied on the real life. So let all district executive committee chairmen think about it,” he said.

As noted by the Head of State, he voiced the same ideas during his recent working trip to the Miory District: it is necessary to establish small enterprises in each district, depending on the workforce available – ‘so that people can live and work there’. “It is not an out-of-the-blue decision, but the governors fail to hear me. Look, you are playing with fire, you will not defend yourself," Aleksandr Lukashenko warned.

The President also stressed that the overall picture is always made up of little things, and it is necessary to pay attention to everything, including in terms of maintaining order, to achieve a result. “It will be very sad if, at the end of the year, we will see that somebody has underperformed. This refers to everyone," Aleksandr Lukashenko added.