President Aleksandr Lukashenko and his family donated USSR coins for the project to set up a memorial sign called ‘A Living Memory of Grateful Generations’ spearheaded by public figure, Paralympian Aleksei Talay 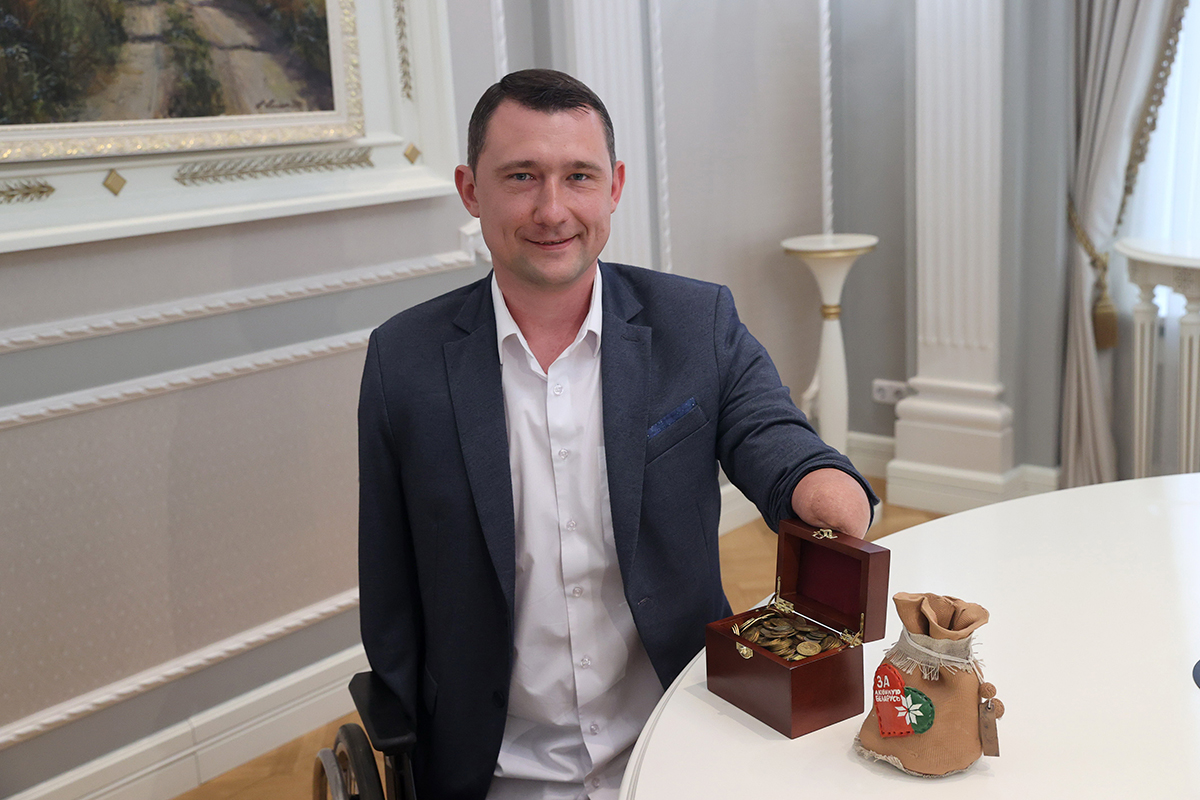 On behalf of the Head of State the coins were handed over by Deputy Head of the Belarus President Administration Igor Lutsky.
Aleksei Talay Foundation launched the project ‘Children of Belarus to Veterans and Future Generations’ together with the Education Ministry, the Culture Ministry, the Labour and Social Security Ministry, and the Museum of the History of the Great Patriotic War. One of the main events of the project is to install monuments ‘A Living Memory of Grateful Generations’ in Minsk, Brest and Moscow. The main idea of the project is to bring together veterans, contemporaries and people of the future generations.
Many Belarusians took part in the project: people united to collect thousands of USSR coins, from which the monument will be smelted.