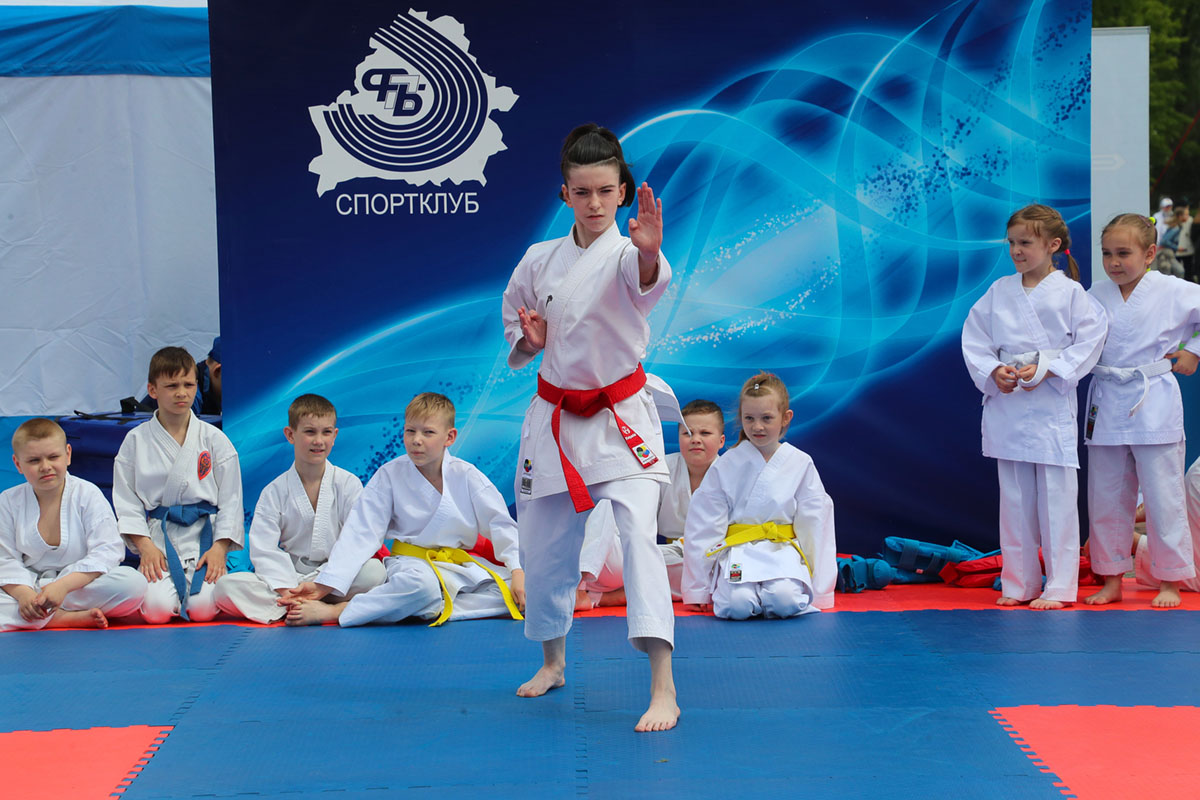 The first culture and sport festival Vytoki gathered about 25,000 participants in the new season in Rechitsa. On Friday, all their attention was focused on the cultural and historical heritage of the region. Journalists, organisers and guests were introduced to the sights and largest enterprises of the city during a two-hour press tour. Educational seminars, a master class on printing on cloth and an immersion concert of organ music of different eras and styles performed by Valery Shmat were held. Saturday became the latest feature of the holiday. A huge sports town unfolded on October Square, where locations for 30 sports were presented — residents of Rechitsa took part in the regional Olympic day with pleasure. A sports quest, a show of clothing collections of Belarusian manufacturers and designers, a competition for young vocalists, a gala concert of popular artists and fireworks — the holiday turned out to be extremely spectacular and memorable. 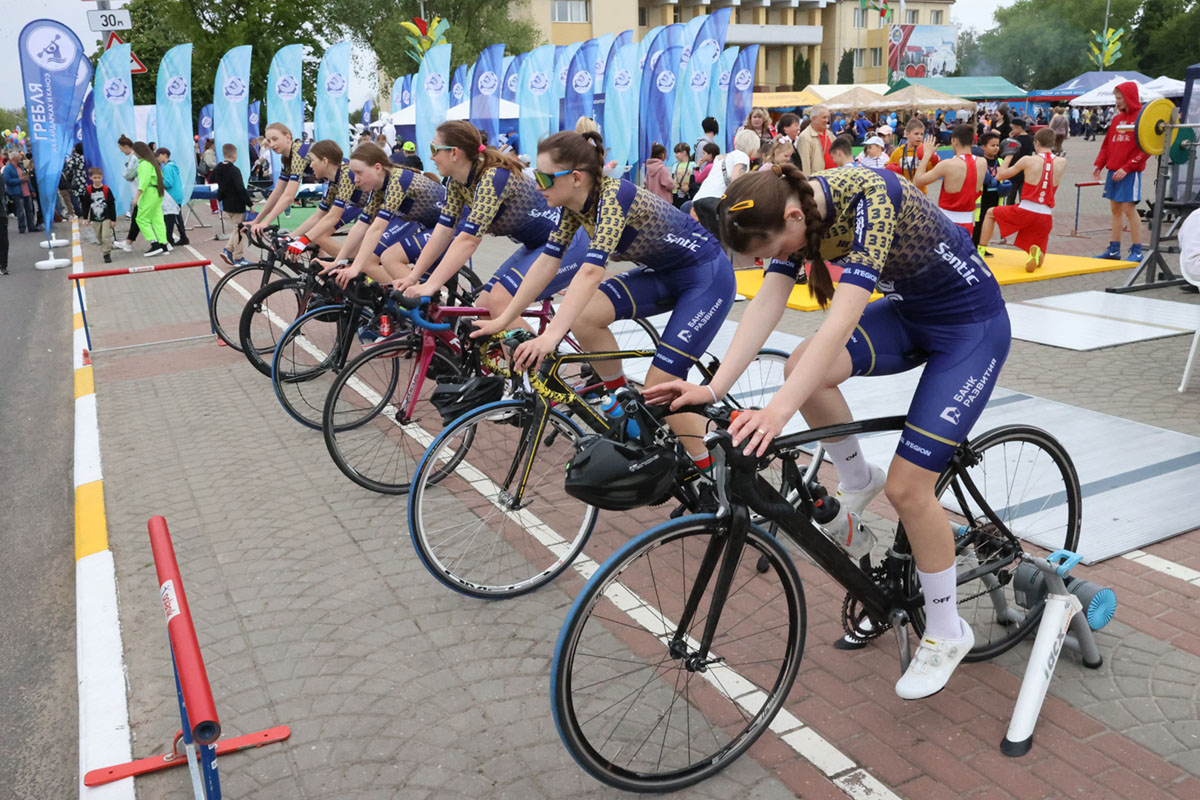 Vice President of the National Olympic Committee of the Republic of Belarus, Olympic champion Dmitry Dovgalenok, talking about the first festival of the new season, remembered how it all began. When last year a unique festival that brought together sports, culture, education and more, was held in Lida for the first time in history, none of the organisers was fully aware of its scale. But a huge amount of experience has been accumulated over the past year, in which Vytoki traveled all over the country and visited Lida, Orsha, Kobrin, Mozyr, Bobruisk, Soligorsk and Minsk. The cultural and sports festival has become recognisable, now it is an event that is eagerly awaited in the regions.
Traditionally, the big attention at the festival was riveted to the ‘Vytoki. A Step Toward Olympus’ sports ground.
Basketball, hockey, biathlon, karate, tennis and table tennis, wrestling, equestrian sports — these are not all the sports in which the participants of the festival were offered to try their hand.
Seven thousand people took part in the Olympic quest, and there were even more of those who did not set out to complete tasks in all disciplines! Residents of Rechitsa came to the festival with families and friends — no one wanted to miss the opportunity to attend a festival of this scale in their home city. Olympic silver medalist, biathlete Sergey Novikov, who visited the festival, said, “It’s nice to see numerous people, children, who are interested in sports at the festival! Such events make a significant contribution to its development: children can come, just throw the ball, compete, play tennis, in a word, see all kinds of sports and, perhaps, decide for themselves to enrol in some sports class. It is interesting here not only for children, but also for adults. For such small towns, this is a very good cultural and sports event.” 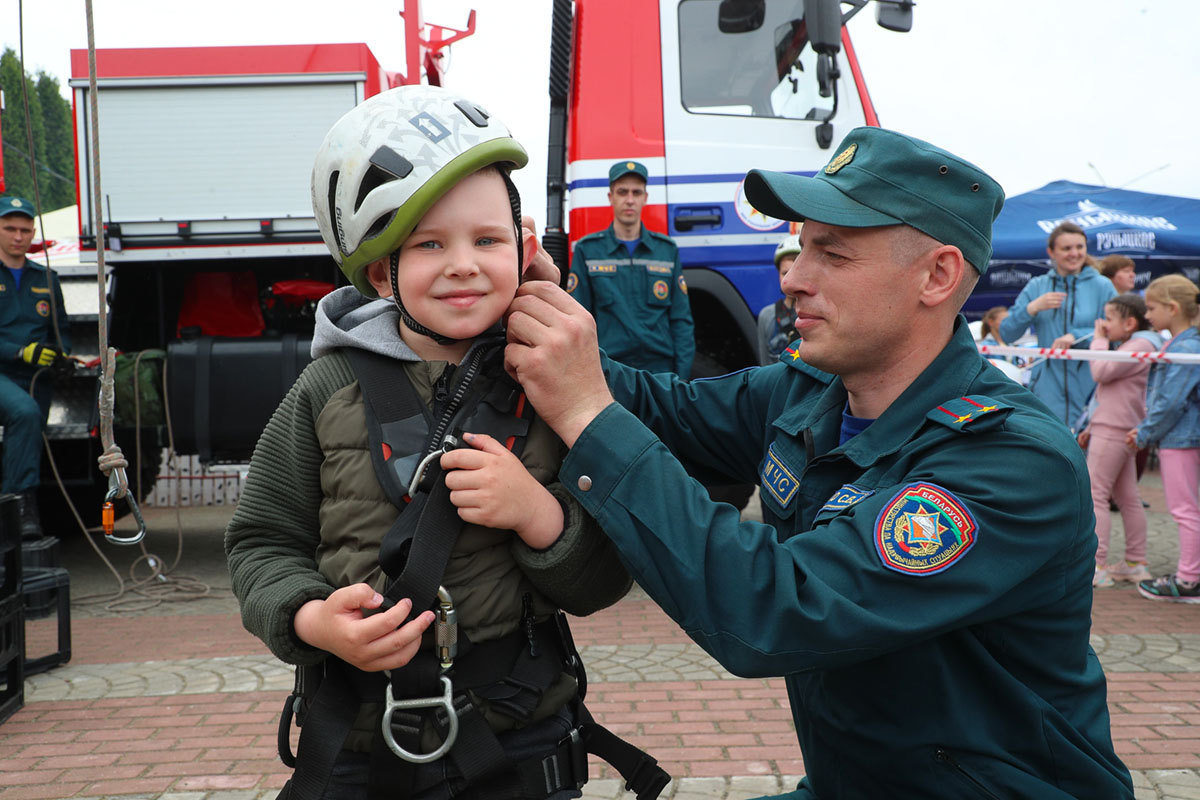 The kids ran from one location to another to get the coveted stamps in the cards of the Olympic quest participants. The adults also had something to do on the ‘Vytoki. A Step Toward Olympus’ sports ground. At the site of the Belarusian Ice Hockey Association, for example, everyone had the opportunity to try their hand at the throwing zone with a special throwing speed measurement radar, play air hockey with the HC Gomel and the national team player Pavel Voronov, take colourful photos in hockey ammunition and much more. A whole training session was organised for the festival participants on the tennis court: first, the guests were offered to do a warm-up, then to perform exercises for coordination and attention. In the biathlon ‘zone’ the participants of the festival tried to hit the targets, in the basketball — they competed in the accuracy of shots. And at the shooting range, the guests of the festival could not only try themselves in this sport, but also get acquainted with the Olympic champion Sergei Martynov and even touch his gold medal of the Games in London. 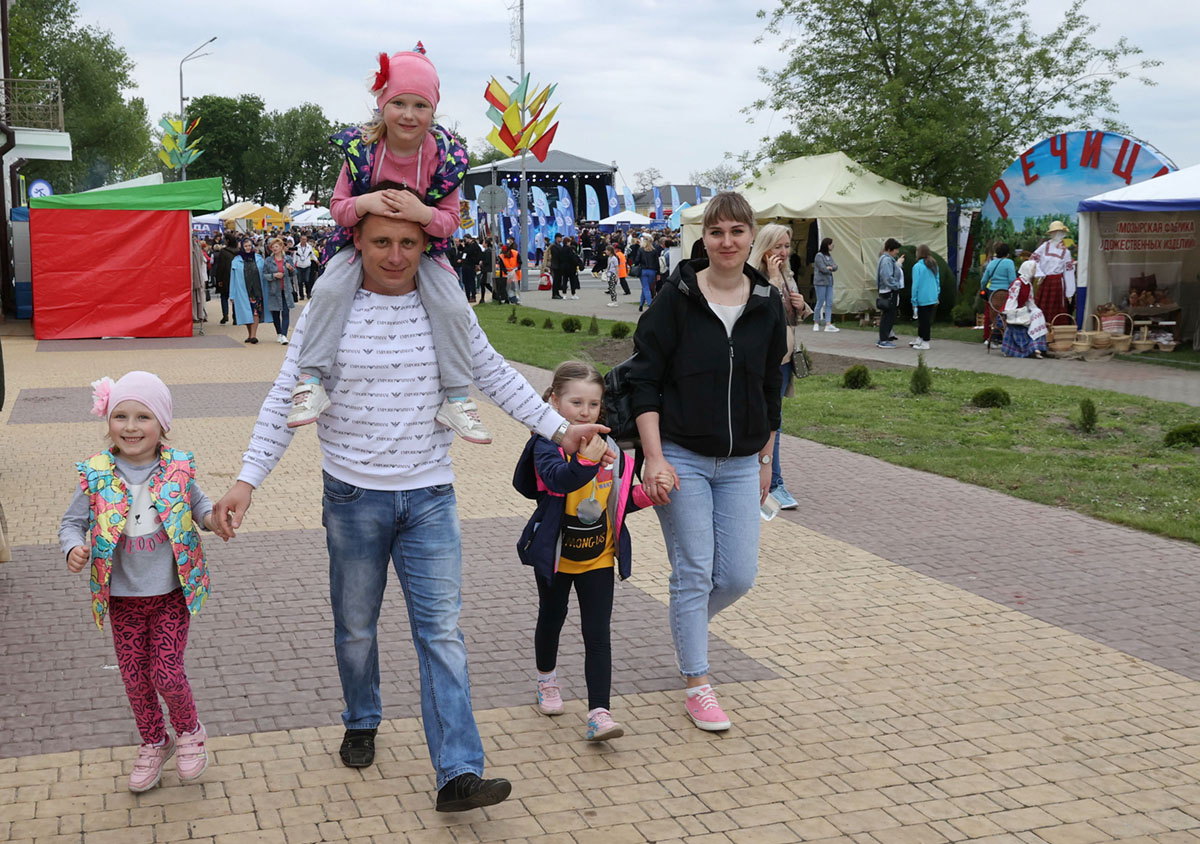 “It’s nice that there are so many children at the festival. They are keen on sports, and perhaps one of them will find something to their liking here. It’s just amazing!” said Sergei Martynov.
The culture and sport festival in Rechitsa is over, but this stage was just the starting point of the Vytoki new season: on June 3rd-4th, Stolin will host the festival, organised by the National Olympic Committee, Federation of Trade Unions of Belarus, the Arthaos and BelBrandAudit. On June 17th-18th, Vytoki will be held in Novogrudok, on June 22nd-23rd — in Gorki, on August 12th-13th — in Polotsk, and on August 26th-27th — in Kopyl.

By Tatiana Pastushenko
Photos by Aleksandr Kushner and BELTA