With the effects and progression of climate change becoming increasingly evident around the world, eco-activists have discovered a radical strategy to make their voices heard 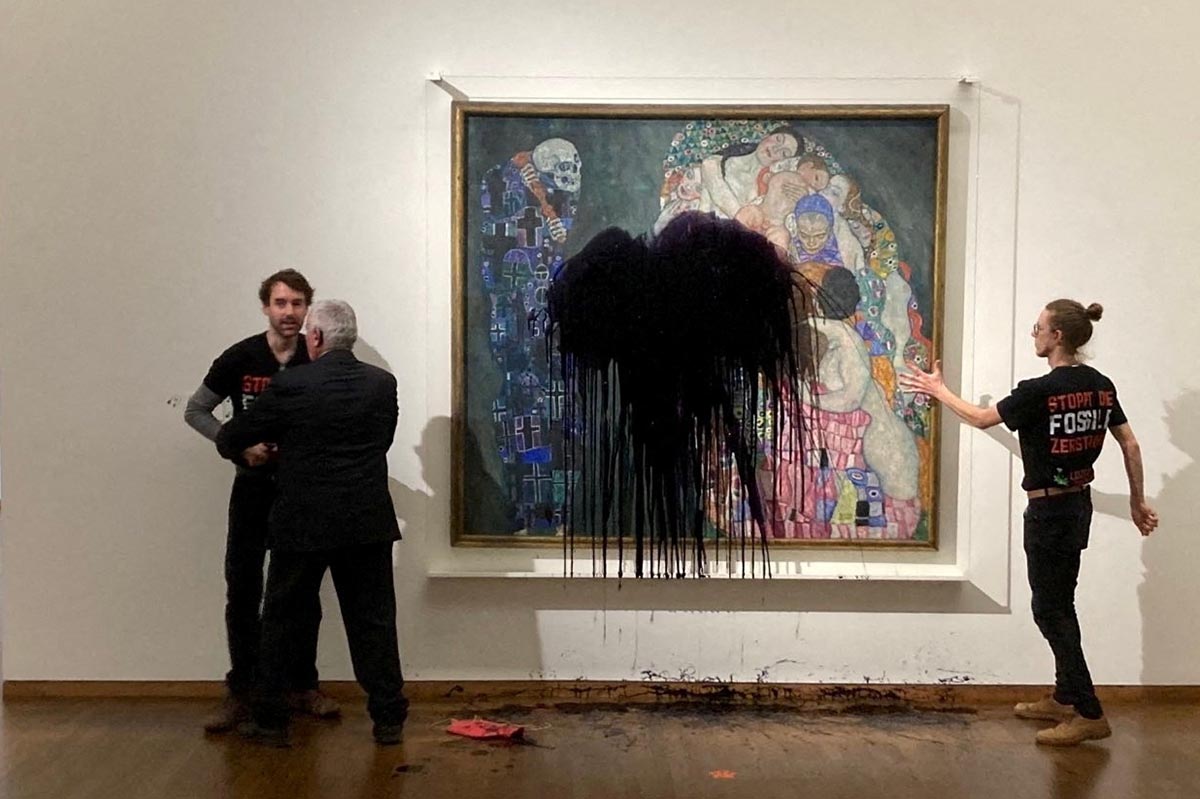 This year, famous artworks have been attacked by protesters from various activist groups demanding action on the climate crisis. The incidents include a German environmental group throwing mashed potatoes at a Claude Monet painting in a Potsdam museum, activists from Just Stop Oil throwing tomato soup over Vincent van Gogh’s Sunflowers at the National Gallery in London, a group splashing pea soup on a van Gogh masterpiece in Rome, Extinction Rebellion campaigners targeting a Picasso painting in Melbourne, two protesters from Stop Fossil Fuel Subsidies group scrawling blue graffiti over Andy Warhol’s Campbell’s Soup Cans in Australian Canberra and activists gluing themselves to artworks by Botticelli, Boccioni, Van Gogh and other old masters.
Last week, climate activists in Austria attacked a famous painting by artist Gustav Klimt with a black, oily liquid and one then glued himself to glass protecting the painting’s frame. Members of the group Last Generation Austria tweeted they had targeted the 1915 painting Death and Life at the Leopold Museum in Vienna to protest their government’s use of fossil energies.
The eco-activists, however, for the most part, claim that they are not targeting works of art with the intention to cause damage. On the contrary, they have said they approach artworks with caution and care, ensuring there is no risk to the cultural treasures.

Based on the materials of www.trtworld.com and www.theguardian.com