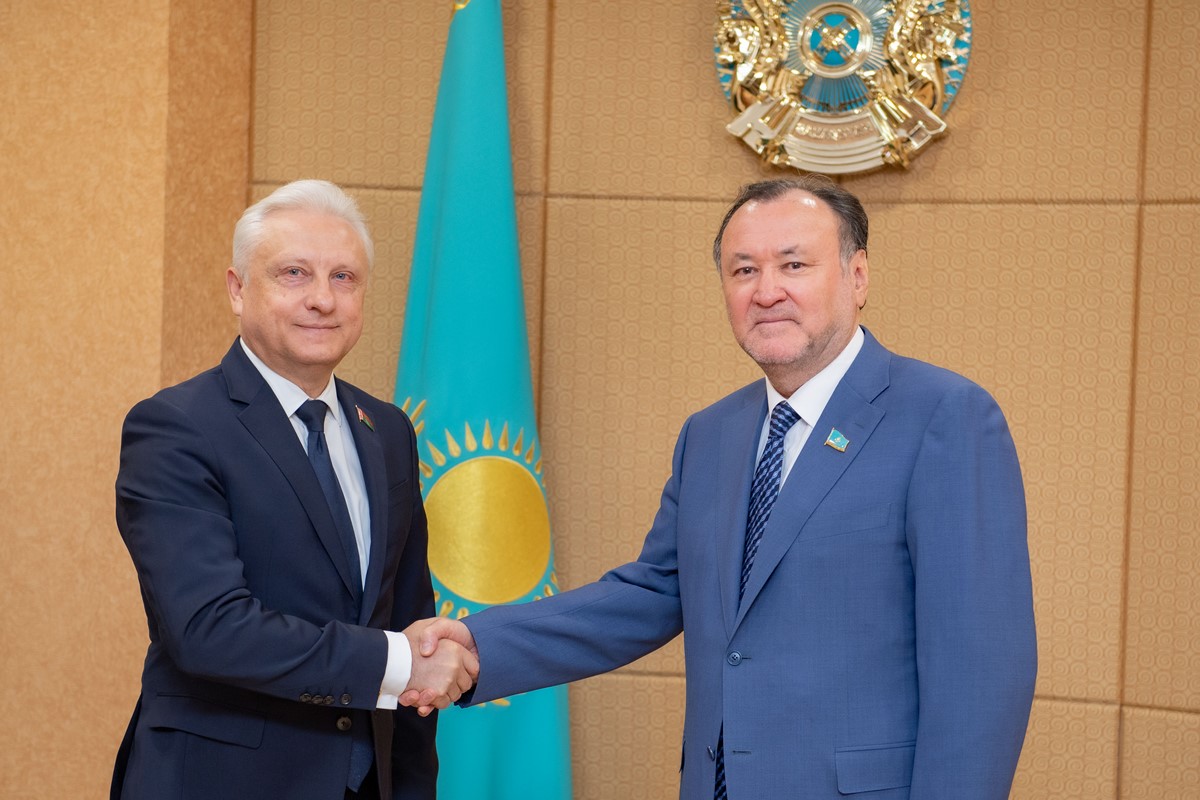 Photo by press service of the Council of the Republic

Mr. Rachkov congratulated the Kazakh leadership on successful holding of the referendum on amendments and additions to the country’s Basic Law, and the parliamentarians discussed in detail the prospects for further development of relations between Belarus and Kazakhstan. Possible joint actions of two states’ parliaments to support the EAEU and CSTO development were also in focus.

The Belarusian side stressed the importance of deepening inter-parliamentary co-operation, since this will positively influence strengthening economic, cultural, humanitarian and other ties between the two countries.

“Belarus views Kazakhstan as a friend and a key partner in Central Asia. The practice of regular high-level contacts is actually a good incentive to intensify work in all areas of bilateral co-operation, including interaction between parliaments and mutual support at international parliamentary platforms – such as, for example, the OSCE Parliamentary Assembly and the Inter-Parliamentary Union," Mr. Rachkov said.

In turn, the Chairman of Kazakhstan’s Committee on International Relations, Defence and Security informed on the results of the republican referendum aimed at implementing constitutional reform and transforming the country's political system. Touching upon bilateral relations, he noted that Kazakhstan and Belarus have experienced no problems over the years of their diplomatic relations.

The parliamentarians agreed to consider the possibility of holding a meeting of the Interparliamentary Commission of the Belarusian Council of the Republic and the Kazakh Senate on Co-operation dedicated to the 30th anniversary of the establishment of diplomatic relations between the two countries. The jubilee date will be celebrated on September 16th, 2022.