Welcoming the guest, the President emphasised, “We see that all economic problems that we are dealing today in both Russia and Belarus can be overcome. We are working to overcome them. There are some impediments, unfortunately some bureaucratic moments.

We’ll talk about that. This does not apply to Primorye Territory but to our co-operation with Russia in general. We will meet with the President of Russia soon. These issues will be on the agenda of our meeting too. If we address some minor issues, then we can make significant progress in terms of import substitution. That’s the most important thing for us now. This year has already shown that we will cope. We just need a little time, but we will cope.”

Aleksandr Lukashenko stressed that he was happy to meet with him, “To hear what has changed in our Far East, what the economic state of affairs is, whether there is any progress in co-operation with neighbours. Naturally, what are the difficulties? And in this regard, in what way can Belarus help? We are ready to welcome you at any time, in any weather.” 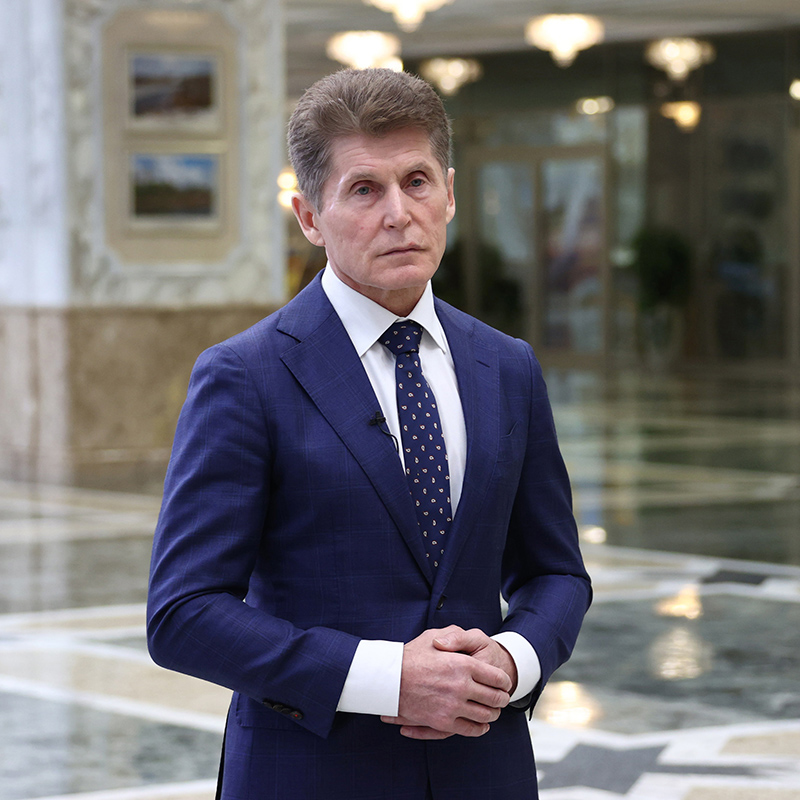 In turn, Oleg Kozhemyako noted that the situation in the economy is developing quite well. He attributed it to the increase in trade with the East, which resulted in bigger workloads for ports of Primorye Territory. For example, several dozen containers have recently been sent through the ports of Vladivostok upon the order of the Belarusian car manufacturer Geely.
“So far, our economy is working steadily. Of course, there are some issues related to import substitution. But we are working on them,” said Oleg Kozhemyako.
He emphasised that the trade between Belarus and Primorye Territory has grown 3.5 times over three years and the growth trend is expected to remain in place this year.
The deliveries of Belarusian food products to Primorye Territory have significantly increased, the Governor informed. According to him, they have grown eight times from 2019 to 2021. And by the end of 2022, this growth will be even bigger.
“Residents of Primorye Territory appeared to like Belarusian products,” Governor emphasised.
Oleg Kozhemyako also spoke about co-operation with industrial enterprises of Belarus. In particular, in January-October 2022, Primorye Territory purchased about 109 units of equipment, including 21 BELAZ vehicles with the carrying capacity of 130 tonnes. Work is underway to create a service centre where about 40 units of various Belarus-made equipment will be presented at one site.
The three-day visit of Primorye Territory delegation to Belarus also included negotiations in the government, visits to a number of enterprises in Minsk and Brest. In January-October 2022, the trade turnover between Belarus and Primorye Territory of the Russian Federation amounted to about $40 million and increased 1.8 times compared to the same period last year. At the same time, Belarusian exports increased by 2.2 times.