The fifth Golshany Castle Festival, in the Oshmyany District, featured the usual knightly tournaments, authentic music and national souvenirs, but also the first national musical: Sophia Golshanskaya. Set to a score by Vladimir Kondrusevich and libretto by Yelena Turova, it was performed by the Belarusian State Academic Musical Theatre, under the walls of the medieval castle. 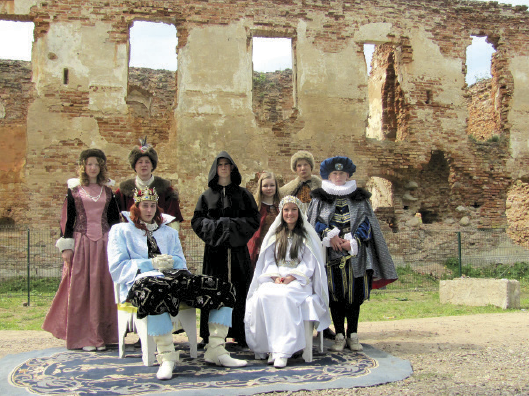 
The lawn in front of the main stage at the Golshany Festival was completely full, with guests standing, sitting and lying on rugs. Anton from Smorgon tells us, “I come to Golshany for the festival nearly every year, as it’s so interesting: riders on horses, ladies in medieval costume, and musicians with ancient musical instruments. This year, I came especially to see the musical, having heard that it was only recently staged at the Minsk Musical Theatre. I rarely visit Minsk and tend to travel on business, so I don’t have enough time to go to the theatre. Now has been my chance, so I’m grateful to the organisers and artistes.”

Golshany was an ideal location for the show, being the homeland of Polish Queen Sophia Golshanskaya. As soon as the name of Sophia was heard from the stage, spectators at once added — of Golshany!

Galina Balinskaya, the Head of the Culture Department of Golshany District Executive Committee, tells us, “Every year, we try to change something, and update our festival programme. The musical was perfect for staging in Golshany and we hope to host other interesting performances near the walls of the castle in future.”

Love is the ultimate armour


According to the plot of the musical, great King Jagailo intends to marry beautiful Vasilisa. However, on meeting her younger sister, Sophia, his feelings are transferred. Sophia is already in love with a young soldier called Gancha but, on the night of the festival of Ivan Kupala, an enchantress appears, giving Sophia a fern flower and predicting her meeting with her true betrothed. Soрhia’s heart soon fills with love for Jagailo but war unexpectedly intervenes. Jagailo and Gancha fight together and return victorious, making the King recognise Gancha as his sworn brother. Meanwhile, sister Vasilisa, feeling offended by her repudiation by King Jagailo, plans revenge on unsuspecting Sophia. The clouds gather over the innocent queen and she awaits punishment in prison. Only Sophia’s sincere love for her husband helps her to survive.

Yevgeny Yermakov, who plays Gancha in the musical and is a soloist with the Belarusian State Academic Musical Theatre, and a laureate of international competitions, admits, “Golshanskaya is very successful in the repertoire of our theatre, with every performance selling out. We’ve gathered a lot of spectators and they all understand everything perfectly: the plot and songs, especially in Belarusian language. It is a delight to work for such an audience. Some actors may find it unusual to perform in the open-air, but I feel very comfortable.” 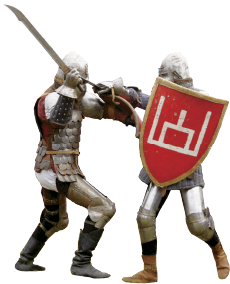 
Certainly, the festival comprised a great deal more than just the musical, featuring knightly tournaments, master classes in medieval dancing, and various games. Unique souvenirs made from wood, straw and clay were on sale, and visitors could learn fencing, walking on stilts, blacksmithing and, even, knife and axe throwing. Visitors could also bet on cockroach races.

Sergey Bondarenko, a master of ceramics, wood and metal, was attending the Golshany Festival for the first time. He’s a good example of growing interest in this holiday. He notes, “I’ve noticed that ever more people are gathering near the walls of the castle — not only local residents but guests from all over Belarus and, even, abroad. The Lithuanians are frequent guests. I always try to prepare something interesting for guests of the festival; this time, I had Sapegi signs and souvenir images of Golshany, as well as trunks with thalers (silver coins). Festivals offer a fantastic opportunity for those who might not usually visit museums or concerts; they offer a wide spectrum of national arts, and inspire a real feeling of pride.”

Sound of bagpipes and ocarina


An authentic medieval music performance added special colour to the festival, with Gudy playing Belarusian national wind instruments and Balamuty folk group, from the Belarusian State University of Culture and Arts, playing such ancient national instruments as bagpipes, the ocarina and reed pipes. The medieval atmosphere of the holiday was enhanced by a performance by Flameya dance group and by well-known Stary Olsa folk group.