Belarus-Myanmar prospects discussed by President of Belarus and Commander in Chief of the Myanmar Army, Min Aung Hlaing

Belarus-Myanmar prospects discussed by President of Belarus and Commander in Chief of the Myanmar Army, Min Aung Hlaing 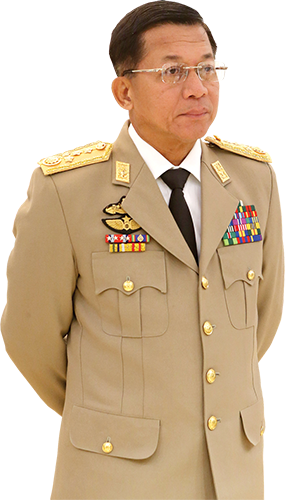 The President of Belarus underlined that Myanmar occupies a strategic position in the region, saying, “It promotes not only its own development but influences that of our country, owing to involvement in joint projects. Nearby there are large, promising markets.” The Head of State believes that success is possible through entry to each other’s markets.

Belarus and Myanmar are involved in bilateral intergovernmental and interdepartmental agreements on trade and economic affairs, as well as military-technical co-operation, visa-free trips for diplomatic and service passport holders, communications in the agro-sphere and education. Another 11 international acts are under consideration.

Myanmar is open to co-operation but, although diplomatic relations were established 15 years ago, the head of the Belarusian diplomatic mission only began work in Vietnam and Myanmar in 2011. Interaction across various spheres launched from this moment, with turnover in goods reaching a modest $2.3 million in 2013, showing room for improvement. Minsk and Naypyidaw are determined to develop contacts, as proven by regular meetings between the President of Belarus and the Commander in Chief of the Myanmar Army, Min Aung Hlaing.

The honoured guest from Myanmar is rather influential, appointing one of two deputy presidents for the country and selecting a quarter of parliamentarians. Dialogue at the Palace of Independence extended broadly, beyond matters of defence.

Mr. Lukashenko informed his guest that, having visited Belarusian enterprises and heard reports, he was now familiar with all that was needed for interaction. Myanmar occupies a strategic position, with access to close markets with much potential. Joint projects with Belarus can only be to the benefit of each party.

Mr. Lukashenko noted that no area is closed, with Belarus ready to deliver anything necessary to Myanmar and to import those items not made in our country. He welcomes the notion of co-production, with onward sale to countries near Myanmar, as well as military-technical co-operation and personnel training.

Min Aung Hlaing has agreed with offered directions of work and has thanked Alexander Lukashenko for his official invitation to the President of Myanmar to visit Minsk. He assures us that his country is interested in prompt liaisons, to help drive forward interstate dialogue.