Since our independence, science has achieved considerable success in many industries — from agriculture to space

Since our independence, science has achieved considerable success in many industries — from agriculture to space 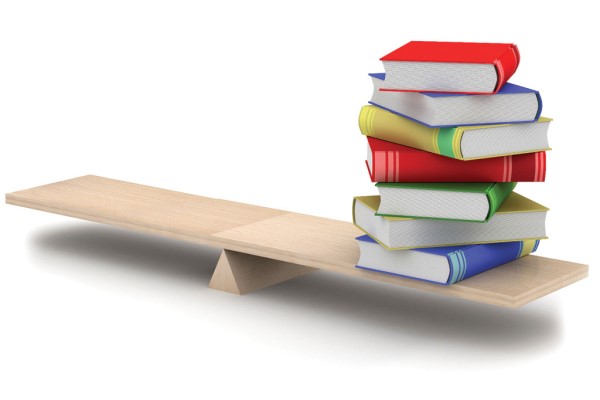 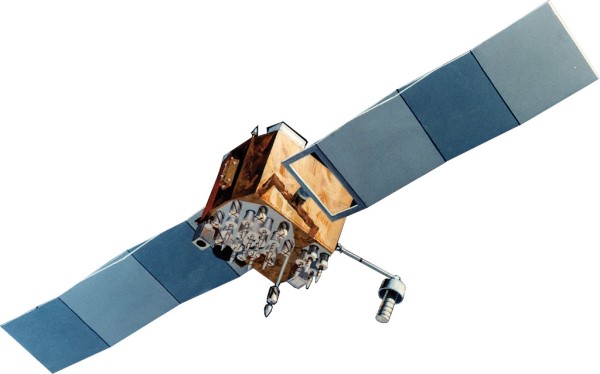 In 2012 the successful launch of our own satellite completed the project to undertake remote soundings of the Earth, and we joined other countries as a notable space power. At the 68th session of the General Assembly of the United Nations in November 2013, a decision was made to include Belarus in the United Nations Committee on Peaceful Uses of Outer Space. At this time, $16 million spent on the creation and the launch of the device had already been repaid, and income from it totalled $47.89 million by this summer. Pictures from its orbit are currently in demand among our many foreign services, ministries and departments. In two to three years the creation of a new device is planned, this will offer pictures at twice the resolution of the present ones. 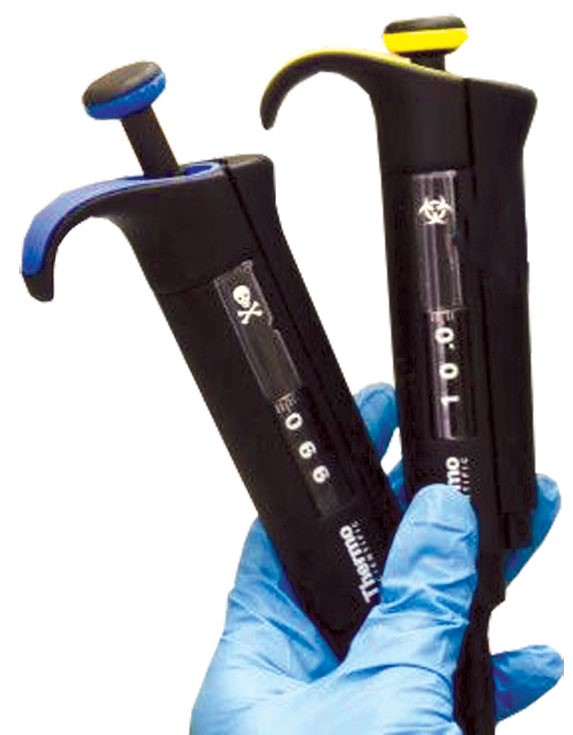 The Institute of Genetics and Cytology of the National Academy of Sciences has developed the genetic testing of 80 genes, 60 of which are connected with diseases and 20 linked to high sporting achievement. It has been possible for several years now to obtain a genetic passport. The information for it comes from DNA analysis and is fixed in the form of a certain combination of letters and figures. The average price for the analysis of one gene in our country is much cheaper than in the countries of Western Europe and Russia. Sports genetics has also become widespread. Since 2010 the institute has undertaken genetic testing of more than 300 athletes from 17 teams. The scientists advise the medics about any necessary corrections to potential genetic abnormalities, in order to increase the effectiveness of their athletes. Scientists work in close co-operation with these medics. Last year, experts from the Institute of Physiology of NAS solved a long-standing scientific problem by establishing the causes of respiratory standstill during obstructive sleep apnoea.

Belarusians and the Hadron Collider

Our experts have brought a direct contribution to the discovery of the well-known Higgs Boson, they take an active part in all work on the large Hadron Collider. Belarusians developed parts of the SMS and ATLAS detectors, butt-end electronic and hadronic calorimeters, muonic stripped cameras and took part in improving the elementary particle accelerator, as well as the development of new theoretical approaches to the description of physical processes and their forecasting. Now our physicists are periodically on duty at the central control of the collider, they monitor the condition and performance of their devices, and also remotely assess the condition of experimental installations as well as the accelerator itself.

SKIF supercomputers, created by Belarusian and Russian scientists within the Union State programme, are developing at an impressive pace. When, in 2003, SKIFK 500 was included in the world ranking of the 500 most highly productive computers (407th), it was considered a big breakthrough. But in 2004, the newly developed SKIF 1000 took 98th place in this list, while in 2008 we reached 22nd. These supercomputers are able to perform up to 2.5 trillion operations per second. 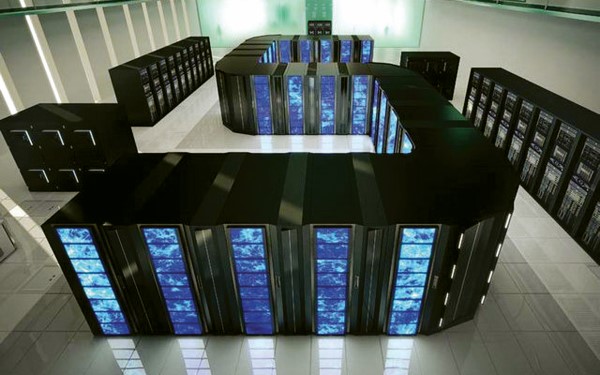 Right to be proud

Today, a project in the field of neuron research with the participation of scientists from the Institute of Physiology, is being prepared. We have already begun the creation of the scientific-technological park BelBiograd. Industries such as biotechnology, pharmaceuticals, nano-and-microsystem fields should find new applications on the basis of this park. It is expected that the creation of new enterprises will follow as a result of this activity. 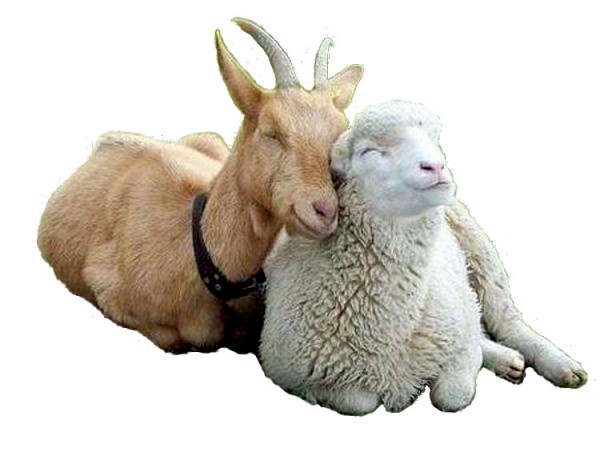 One of the most significant projects of the last decade is the Union State BelRosTransgen programme started in 2003. Its purpose was the industrial production of the strongest beta-immunomodulator, lactoferrin, which can be found only in human milk. In the autumn of 2005, workers at the Scientific and Practical Centre for Animal Breeding transplanted the human gene into 100 goats, and these animals gave birth to the first-ever healthy transgenic kids. Now our total number of transgenic goats exceeds 200 animals. The content of lactoferrin in their milk is very high, from 3 to 7 percent in 1 litre. The cost of one gram of this protein in the world market is between $3,000-5,000. 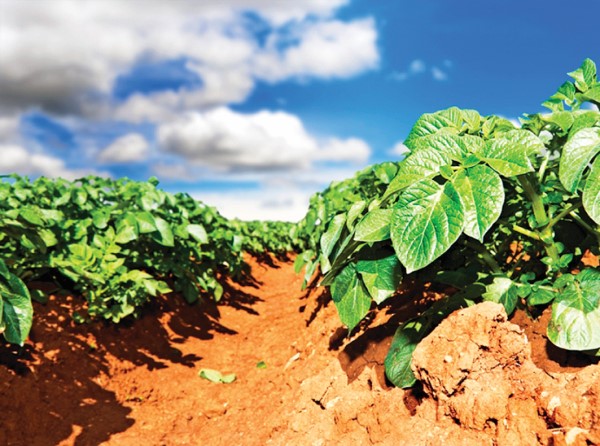 As agriculture is one of our basic revenue earners, many scientists work in close co-operation with agrarians. The Scientific and Practical Centre for Arable Farming of the NAS is engaged in the development of new grades of plants resistant to variations in temperatures and various pests, while the Agricultural Mechanization department develops new vehicles for agricultural production. In 2009, Belarusian scientists from the Institute of Genetics and Cytology of the NAS of Belarus created a new variety of potato resistant to potato bug and fungoid pathogens. Varieties of our potato are now registered in Russia, Armenia, Uzbekistan, China, European Union.


History in a sash 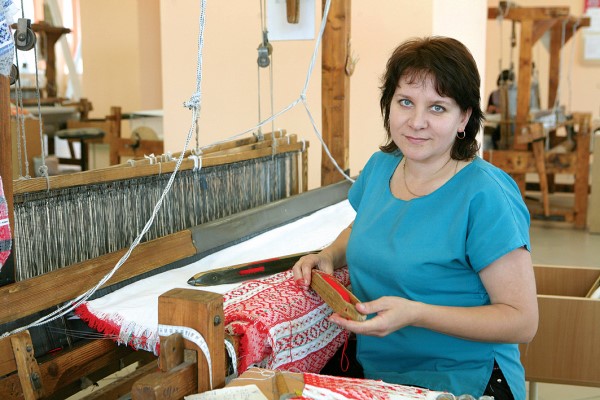 Due to laborious work by the artists and historians of the Centre for research in Belarusian culture, language and literature, it has been possible to revive the manufacturing techniques of the once world-famous Slutsk sashes (the last two were made in 1842). In April 2014, the first newly produced sash was presented to Alexander Lukashenko during his visit to the Republican Unitary Enterprise Slutskie Poyasa. The scientists from the NAS were awarded a special presidential award for scientific and creative work on the revival of our national culture.

In the first person 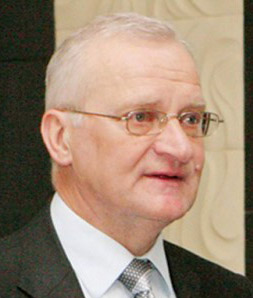 Vladimir Gusakov, Chairman of the Presidium of the NAS, comments:

Scientific thought constantly brings new knowledge and innovative technologies to our lives. Our scientists take part in the formation of important manufacturing and knowledge-intensive industries such as aerospace, biotechnology, pharmaceuticals, nuclear power engineering and nanotechnology. The industries of mechanical engineering, chemistry, agro-industrial complexes, microelectronics and many others are being modernised and these are our priorities. According to the recommendations of scientists at the NAS, the National strategy of social-economic development to 2030 is to concentrate our scientific and technological potential on the creation of V and VI techno-economic paradigms with accelerated development of specialised innovative manufacturing such as microelectronics, photonics, optoelectronics, light-emitting diode techniques, laser technologies, space techniques, fine chemistry, bio- and nanotechnologies and the production of high-precision mechanical engineering, as well as information technology. We have already proved that our software and programming experts are competitors at the world level. Just last year the NAS signed 19 contract documents with foreign scientific centres. Our organisations participated in 22 international exhibitions, contracts for a total sum of $6 million were concluded. Export contracts with partners from 41 states were fulfilled. According to preliminary data, production for the sum of $1.65 billion was carried out last year within the limits of the state scientific and technical programmes.”