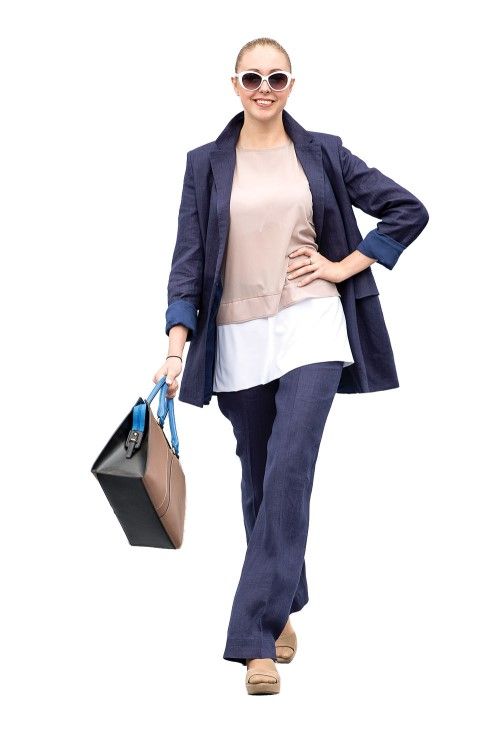 According to historians, people began growing flax around 7000-9000 years ago, where the Tigris and Euphrates meet, in Ancient Egypt. Since then, linen has proven to be popular all over the world, owing to its incredible features. Belarus is now among those countries boasting the richest experience of flax growing and processing.

Linen fabrics were only for the elite in the earliest years of flax manufacture, being used to wrap the mummies of Egyptian pharaohs. Some time later, flax spread to the territory of modern Italy and Spain and the coastal areas of the Mediterranean, being used for the tunics of Ancient Roman senators. The famous Shroud of Turin — featuring Christ’s face — was also made of flax. Geniuses such as Leonardo da Vinci, who invented a special spinning wheel, became involved in processing the material.

Its technical features inspired sailors to make ship’s rope from flax, while Peter I used linen cotton sail-cloth. Its anti-bacterial features brought it to the attention of surgeons in the 18th-19th century, who used it to make bandages and sponges, for use during operations, as well as for hospital bed linen and underwear. Emperor Napoleon admitted that many more French soldiers would have died were it not for linen.

Modern scientists have proven that linen is resistant to ultraviolet emissions, protecting us from harmful UV sunlight, and that it reflects electromagnetic radiation (high voltage wires, antennas and electric transmission devices surround us). Moreover, linen is hypo-allergic, making it perfect for those with sensitive skin.

Flax has been used traditionally by all Slavonic nations, as confirmed by such proverbs as: ‘plant flax and harvest gold’ and ‘if flax grows well then luxury will come, if it fails then misfortune will follow’.

Initially, flax was planted, harvested and processed by villagers, with the gentry only becoming interested in 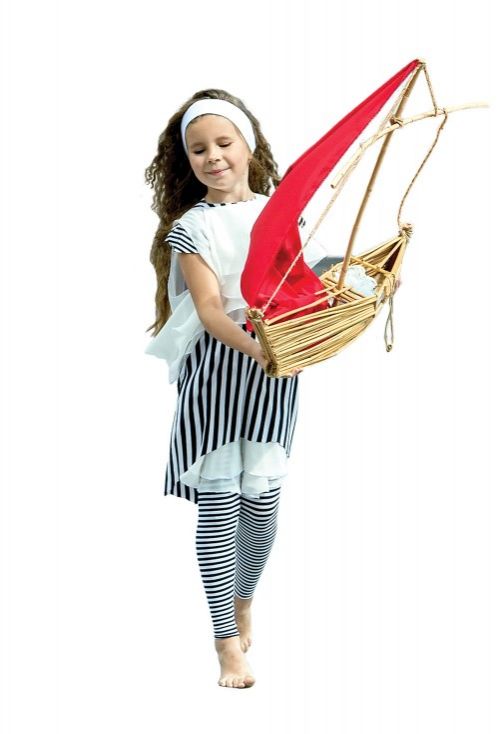 wearing linens in the 19th century, when advanced Dutch, French and English machinery allowed it to be processed more finely, including creating ornamental jacquard fabrics. The best quality cloth was supplied to the Tsar’s palace: Alexander I and Nikolay II owned table and bed linen decorated with imperial monograms.

The Russian Empire gradually became a major producer of flax fibre, which it exported to Europe: butcher’s linen and high-quality textiles and clothes. At that time, the domestic flax industry began developing, with training offered for local engineers, chemists and weavers. Large enterprises were set up, including the ones on the territory of modern Belarus. Orsha Linen Mill was among them, being established in 1930. In the 1970s, it was among the major textile companies in Europe, largely owing to its equipment. Factory #3 (which was designed and constructed under Alexey Kosygin — the Chairman of the USSR Council of Ministers) used machinery from Northern Ireland’s James Mackie. Meanwhile, jacquard producing machines were installed in Orsha, making beautiful shawls, covers and napkins. The quality was so good that these were sent to the USSR leaders in Moscow, as gifts.

At present, Orsha Linen Mill is undergoing major modernization but some workshops — equipped with the most advanced machinery — are operational. Interestingly, Orsha has been liaising with Vitebsk State Technological University’s Weaving Department, to make a competitive product from beaten flax (considered previously to be suitable only for cheap packaging or sackcloth). Owing to the latest equipment, the Orsha Mill can produce innovative products, including textured linen blankets which have been praised in Frankfurt am Main, having been presented at the largest international exhibition: Germany’s Heimtextile.

Vitebsk State Technological University boasts other innovations, such as shiny, reversible clothes fabrics and thin, breathable shirt fabric (cutting it reveals the hollowness inside). Orsha Linen Mill has mastered several new proposals, including working with designer Tamara Volodko, who is using digital printing — as presented at the Linen Spectacle event, during the International Slavianski Bazaar in Vitebsk Arts Festival. Meanwhile, famous designer Vyacheslav Zaitsev’s linen works were awarded at Reach — the Linen Palette Festival held in Russia’s Ivanovo Region. He has praised Orsha’s new products, as has his son Yegor, who used Belarusian fabrics for his recent collection. 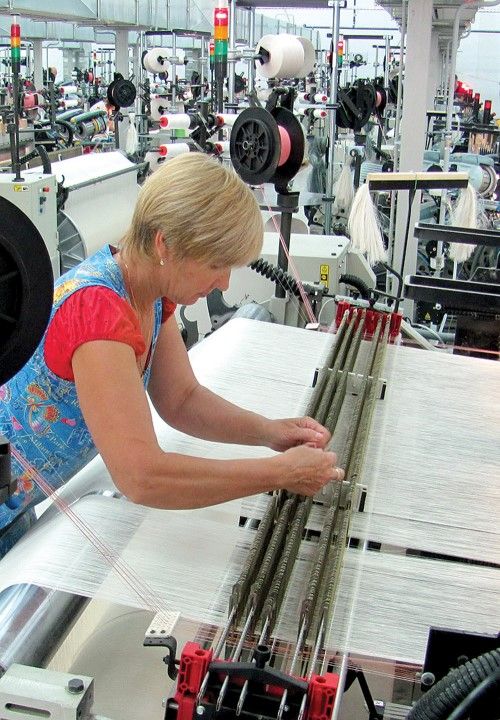 Polotsk designer Natalia Gaidarzhi confirms that Belarusian linen is popular among Russian trendsetters, inspiring her to use only Orsha fabrics for the past seven years, for collections sold in Moscow. Various celebrities are among her clients. She explains, “We buy fabrics from Orsha, including ordinary sackcloth (used for potato sacks), which we process and then decorate with silk, fur, wool and hand-embroidery, to make unusual winter coats and jackets. Such celebrities as producer Bari Alibasov, actress Masha Shukshina, poet Vladimir Vishnevsky, and writer and psychotherapist Natalia Tolstaya have purchased items from my collections,” she admits proudly.

One of Ms. Gaidarzhi’s collection impressed famous Pierre Cardin so much that he invited the Belarusian designer to take part in his Lacoste show.


Strength of the land

The Belarusian emblem is decorated with an image of growing flax while gifts presented by Belarusian diplomats abroad, on behalf of the Head of State, are often made from Orsha linen: usually sets of bed and table linen. Not long ago, a set of table linen for 12 people was presented to the Chinese Ambassador, during his visit to Orsha Linen Mill: a 4m long tablecloth and embroidered napkins, made individually to reflect Chinese traditions. Naturally, the gift greatly pleased the diplomat. Igor Yeshchenko, the Head of the Mill’s Range and Advertising Department, notes, “It was a very expensive and, importantly, exclusive present. No other one of the same kind exists. Being hand-made, it embraces part of the human soul.”

While ripening, flax actually strengthens the soil, sharing its energy with the Earth as well as, later, those who receive it in gifts.