Warmth and light of Naroch

Clinic workers recommend that you rest here in the winter. It is not that it is better than in the summer

Clinic workers recommend that you rest here in the winter. It is not that it is better than in the summer. Simply there is such a tradition: people have a rest when it is warm,while in the winter they prefer to work. But during the holiday season, the busy season of holidays in the tourist industry, there are not enough places for everybody. Once, I decided to change traditions and went to improve my health during the cold months. In February, I went to Naroch — the biggest lake in Belarus. Ah, what improbable air is here in the winter! And the silence is very important after a noisy, big city. After several months, the following summer, I returned here again. Instead of ice, Naroch pleased me with its blue-emerald smooth surface with swans floating on it along the coast. Birds fearlessly walked on the bank and ate bread from the hands of holiday-makers. People and birds quickly find a common language here. Calmness and kindness — perhaps this is the right description for the atmosphere on Naroch.

Here are perfect conditions for resting. While the first contribution to the infrastructure was brought by nature: pines, sandy banks and a lake which spreads so far, and, when it is slightly covered with mist, it is possible to imagine that it is sea. You even do not see its far banks. Therefore, when my friends tell me that Belarus has no sea, and that this is a negative, I answer“There is Naroch, and it is positive”.

I am no poet, therefore I cannot beautifully convey all the feelings which I experience here: walking along the embankment, going deep into the forest, where high pines disappear into the sky, where the air is so pure that you feel giddy. This atmosphere of primordial nature is unusual for people who spend most part of life in a big city. But a couple of days is enough to get used to Naroch and, by then, you already do not want to return to the city any more.

Gnats are the only negative of this place in the evenings. However, clinic staff have learnt how to cope with them. The midges do not torment people around the clinics. Special installations radiate radio-waves which frighten off insects. It does not cause harm to the ecology, and creates comfort for people.

I will add to all these positives, the food, which is made from fresh Belarusian products in the health resorts, and even an ‘all inclusive’ on a Turkish shore will be inferior to Naroch’s efficient service. Yes, it is not as hot here as in Antalya or Bodrum, but it is more healthy for people who are used to the mild climate of Europe — the same climate, local products and, moreover, it is not expensive, even cheap.

To reserve a place in a clinic is advantageous and useful, but you only can reserve for long term — about several weeks. And in order to ‘investigate’ the area I would recommend you arrive at Naroch for the weekend. In this case the Naroch Hotel will be suitable. It is modern, not worse than those found at the Mediterranean coast or Baltic seas. The service here is top-level, although the food is more modest, and does not compare to the clinics’ food. However, there are a lot of cafes around, where you always will find a menu to suit your taste and pocket.

In the Sputnik Clinicit is possible to rent a whole wooden house or a number of rooms for several days. In a health resort you will have clinic food and the possibility of swimming in the pool. And if you want not one water procedure, but different procedures, then in addition you also can have a sauna (Russian, Finnish or Turkish). These are available in the neighbouring Priozerny Clinic. The price — 10 dollars for 2 hours — I am sure it will not be too much for ‘not very well-to-do’ men. Towels, bathing caps, bunches of green birch twigs for the bath can also be bought here, along with anything else you need. In my opinion, it is not necessary for you to take anything along as everything can be bought on site. Of course, if money does not play big role, and the main thing is comfort.

There are of course other options for rest -hiring a tent, for example. You cannot put up a tent anywhere near the lake, because it is the territory of the national park, but there are several tourist sites, they are notable from the side of the highway. There can sometimes be a lot of people, but it will not be difficult for you to find an empty place. There are well equipped stands: a water pump, showers and toilets. Everything is pure and in working order. At the end of almost every stand are heaps of firewood. However they are very big and require sawing with the aid of a chainsaw. Kiosks sell a range of products, and you even can buy a shish kebab if you do not want to prepare it yourself. On one of tourist stands, there is a pier, and it is possible to hire a yacht.

People come to Naroch not only to rest but also to fish. To use fishing nets or to do submarine hunting is not allowed here, but to fish using a fishing rod is allowed. And if you are unlucky with fishing, then you can just buy the well-known Naroch eel from local residents who offer it to tourists, and pretend you caught it yourself. Eel also can be found in the local stores.

What historical and cultural heritage can be found in vicinities of Naroch? The answer is given by the expert on these places, Guide, Anatoly Varavva:

“In Myadel one can visit St. Maria’s Catholic Church. It’s built in the Baroque style and constructed in 1754. In Konstantinovo, the 19th century Catholic Church of the Assumption of the Blessed Virgin Mary is worthy of attention. While in Olshevo one can see the ruins of Khominskiye’s estate and estate park which is considered a monument of garden-park art. In the urban village Svir, there is the site of an ancient settlement, while in the centre of the village is St. Nicholas’ Catholic Church. In the village of Zasvir, there is Trinity Catholic Church. In Shemetovshchina it is possible to walk along an old estate park, the owners of which were Skirmunts. On an artificially erected hill in the territory of the park there is Catholic Church and a bell tower. In the crypt of the church there remain the burial places of the Skirmunts. The most well-known sights of the village of Naroch include the Catholic Church of Saint Andrew the Apostle and Church of Saint Elijah. The Catholic Church of Saint Andrew the Apostle is a monument of architecture of the Neo-Gothic style was founded in 1901 and was consecrated in 1904. The building was built using red brick and it was not plastered, and the socle was laid with rubble stone. Before the main facade of the church there is a three-storied wooden belfry, representing a square. It is covered by a low marquee with a metal cross. The church was constructed in 1850 with application of rubble stone in a retrospective-Russian style. The territory round the church is protected by a fence made from rubble stone. Opposite to the main façade, in a fencing, there is brick double-drift pomfret. The composition of the extended side facades of the churchis based on a contrasting combination of low and high volumes. The two-high iconostasis from wood, a monument of national creativity of late 19th- early 20th century, draws attention to the interior. The modest churchlet fills the soul with a sensation of warmth and light.”

The waters of Naroch, by the nature of its coast, will shroud you with the same warmth and light. Being warmed this way means that you will feel perfect for a long time. And then, possibly, will again return to this wonderful coast.

The banks of Lake Naroch are covered by a network of clinics. The administrative centre of this territory is the resort settlement of Naroch. Four kilometres from here is another Naroch — the village — which earlier was known as Kobylniki or Kobylnik. 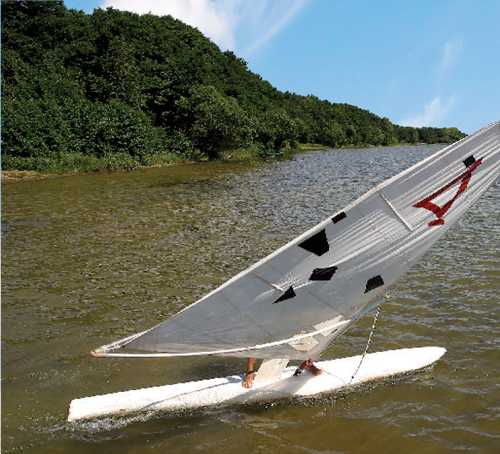 The resort settlement appeared in 1964 on the place of small fishing villages Kupa, Urliki and Stepenevo. Two dozen streams and a small river flow into the lake, while only one river — the Naroch — flows from it. The lake is exclusively pure, it is inhabited by over 19 species of fish among which are cisco, pike, tench, bream and, of course, the well-known Naroch eel. In appearance, the eel is similar to a snake, and reaches length of up to 1.5 metres. It is found in many lakes of Europe, but spawns only in the depths of the Atlantic Ocean (the Sargasso Sea). When spawning time comes the eels leave the lakes and, through the rivers, streams and lowland bogs go to the ocean. After spawning, all adult animals die. Their larvae return through the rivers and channels into the lakes of Europe where the eels live up to adulthood.

The Naroch area is also inhabited by birds — seagulls, ducks and swans. As for the character of natural vegetation, pine, birch, twilight fur-tree pine forests prevails. These are full of game birds, berries, mushrooms, and the especially valuable polypore and burl.

In 1999 the Narochansky National Park was created in this territory. The journey from Minsk to Narochi, which was visited by around 15 thousand tourists in 2013, will take about two and a half hours to travel the 150-km by car.