With Russians’ help, Belarusian polar researchers are to receive their own station

With Russians’ help, Belarusian polar researchers are to receive their own station


Just a few years ago, Belarus set an ambitious task: to gain a foothold on the coldest continent — Antarctica. At the moment, preparations are almost complete for the next (eighth) Belarusian Antarctic expedition. Importantly, for the first time, it will be accommodated at its own station. 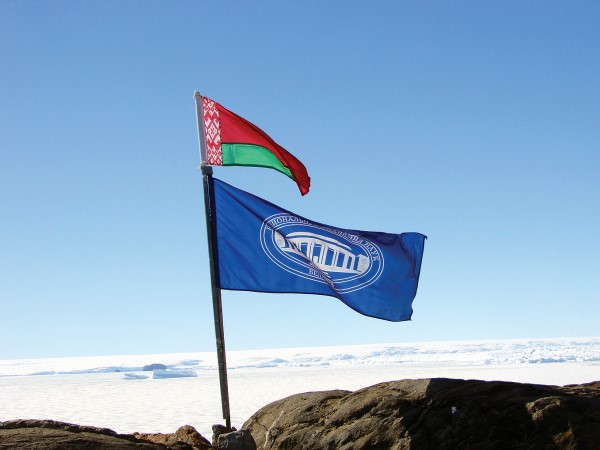 In late 2015 and early 2016, three residential and research sections for the first module are to be shipped to Vechernyaya Gora, enabling Belarus to conduct its national Antarctic expeditions all year round. Over past years, joint results have been achieved with Russia, with co-operation over a wide range of spheres — including sharing advice on routine matters. However, Belarusian expeditions have now ceased at the Russian polar station.

Interestingly, the first modules of the Belarusian station are being shipped to the sixth continent by Russian vessels and planes, with issues of delivery discussed in Minsk by heads of the Belarusian National Academy of Sciences and Russia’s Institute of the Arctic and Antarctic.

The cost of shipment is a key issue. All previous supplies to the remote and inhospitable corner of Earth were realised with the help of Russian colleagues, who oversaw the logistics. Now, it’s necessary to deliver three sections (each of 20 foot container size) from St. Petersburg to Cape Town by sea.

The Chairman of the Belarusian National Academy’s Presidium, Vladimir Gusakov, is convinced that no problems are insurmountable, saying, “We’ll ship new modules to gain a strong foothold on the sixth continent. I don’t think this will be extremely expensive. The price is such that the Academy of Sciences can cover it.”

So far, no exact costs have been announced, as there are many variables, as the head of the Belarusian Antarctic expedition, Alexey Gaidashov, notes. Weather and ice can influence the cost and there is no commercial profit to balance expenditure. At present, Belarusian-Russian Antarctic collaboration is based on an intergovernmental agreement signed at the highest level.

Mr. Gaidashov explains, “A Russian delegation has arrived to define a mutually beneficial variant and we’re liaising in the international sphere, to gain support at international forums where decisions on the Antarctic are made. It’s vitally important. Largely due to such interaction, Belarus has received approval from the global Antarctic community to construct its own station. Russia’s help in preparing an assessment of this station’s influence on the environment has played a decisive role.”

The first three containers being delivered to the Belarusian station have been produced at a Belarusian enterprise, using domestic technologies and mostly from local materials. The polar houses are cheaper than those imported and will be able to protect researchers from strong frosts and winds, ensuring comfort. According to Mr. Gaidashov, the three containers will form the station’s first module but, in the coming five years, 8-10 similar modules will be shipped to Antarctica.

Construction of a polar station will become a key point in the national programme for Antarctic studies (running from 2016-2020 and until 2025). Belarusian specialists will work near the 61st Russian Antarctic expedition, just 27km away from Vechernyaya Mountain (at Molodezhnaya Station).