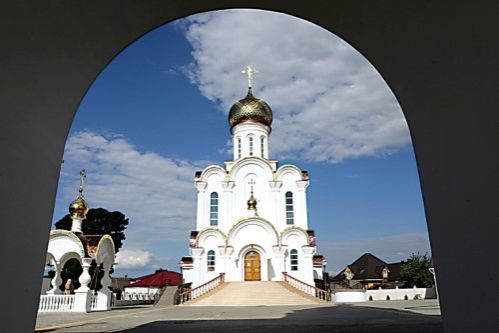 Since 1998, Gomel has held the status of a centre of inter-regional communications for Belarus, Russia and Ukraine

Established almost half a century ago, the archaeological collection at Gomel’s Palace and Park Estate remains one of the largest countrywide, with over 90,000 artefacts: dating from Upper Paleolithic times until the Late Middle Ages. Curators tell us that the territory of the modern Gomel Region began to be populated during Paleolithic times, 23,000-26,000 years ago. Artefacts have been unearthed in the districts of Chechersk (Berdyzh village) and Kalinkovichi (Yurovichi village). The climate was cold and vegetation poor, as common in the Arctic tundra, resulting in hunting and gathering. Rocks and mammoth bones were used to build homes with central hearths. Cutters, scrapers, spears and knives have all been found in these villages.

In the 7-6 century BC, people in the territory of Gomel Region began making farming implements from iron, having extracted metal from bog ore. Meanwhile, fortified and unfortified settlements sprung up, with formal burial and cremation sites placed local along the banks of streams and rivers. The ancient Slavs, which Roman and Byzantine historians and geographers classed as veneti, sclaveni and antes, left behind a legacy of sites. 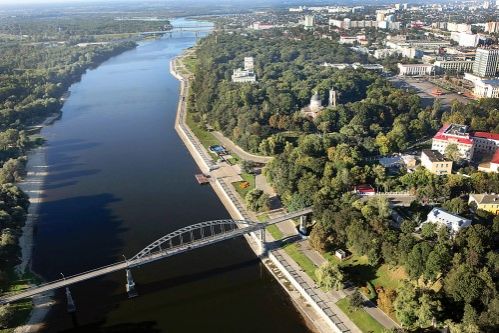 The Slavs supported trade links with the Celts of Central Europe, as well as the Scythian tribes of the Northern Black Sea Coast, and Ancient Greek and Roman cities. The Greeks sold those in the Dnieper and Sozh regions ornamentations made from precious metals, alongside glass beads, pottery (amphoras) and fabrics.

In the first millennium AD, primitive societies began to transform into feudal regimes. Old Russian annals, entitled Tales of Bygone Years, include information on two Eastern Slavic tribes living in the 9th-12th centuries in Gomel Region: the Dregoviches and the Radimiches. Engaged in agriculture, stockbreeding, hunting, fishing, beekeeping, trade and crafts, the Dregoviches lived between the rivers Dnieper, Berezina and Pripyat. At the end of the first millennium, they formed a tribal principality centred in Turov, first ruled by Prince Tur. Meanwhile, the Radimiches made their home beside the River Sozh and its tributaries, led by Radim, who hailed from Western Slavic lands. They kept independence until the late 10th century, governed by their own princes and elders.

Together with other tribes, they participated in military campaigns led by the Kievan dukes against the capital of the powerful Byzantine Empire: Constantinople. After unification across the Old Russian state, the Dregoviches and the Radimiches joined other eastern Slavs in gradually merging. 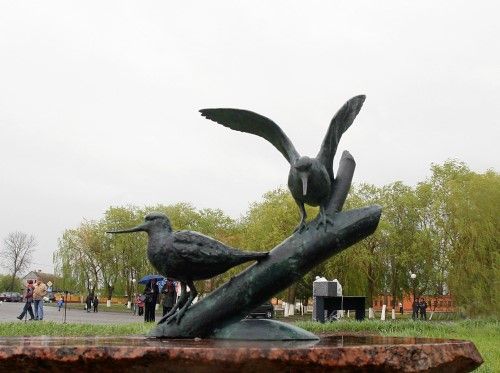 From the late 10th century onwards, the lands of the Dregoviches became subordinate to the Turov princes, with the Turov principality among the strongest principalities in Ancient Russia. Between the 10th and 12th centuries, Turov became a major economic, political and cultural centre of Rus, as a hub for sewing, bone carving, jewellery, pottery making, metalwork and wood processing. All manner of crafts and trade thrived, with goods transported along the River Pripyat west and east. The capital of the principality became adorned with magnificent churches, with one 12th century site unearthed as recently as 1963, similar in appearance to the cathedrals of Kiev and Vladimir.

Turov’s status as one of the most ancient centres of chronicle writing is proven by the 11th century `Gospel` fragment found there in 1866: the oldest known text in the territory of Belarus. Turov is still known far and wide, including tales of its miraculous healing stone crosses.

The history of the region is rich and diverse, including some tragic episodes: princely internecine wars; the occupation of Kaiser Germany; and the heroic struggle of partisans and underground resistance fighters against the Fascists in World War Two (1941-1945). Gomel Region was the first to be liberated in WWII, hosting Operation Bagration, which marked Europe’s release from Hitlerite Germany and ultimate victory.
Residents of Gomel Region were also stricken by the Chernobyl tragedy of April 1986: an event bringing great losses to the national economy and wounding residents to the very heart. However, it did not break them spiritually, inspiring a call to arms to help tackle the social and economic consequences of the nuclear disaster. Gomel Region’s deserted settlements are now reviving, thanks to a competent financial policy and residents’ diligence. 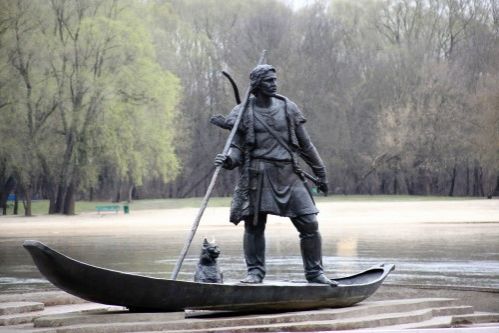 Since 1998, Gomel has held the status of a centre of inter-regional communications for Belarus, Russia and Ukraine, promoting economic investment, trade and cultural co-operation, while strengthening integration between Slavic states. 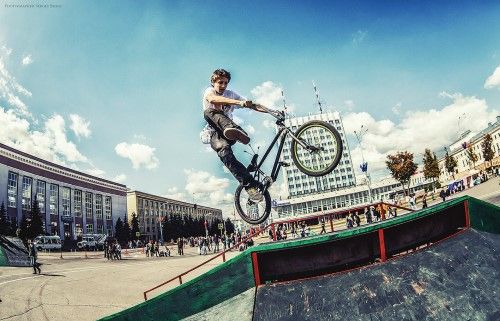 Today’s Gomel Region is one of the nation’s most highly-developed industrially, boasting mechanical engineering, light industry and the processing of chemicals, wood, food, building materials, steel and metal roll. It hosts the country’s largest volumes of salt production, and is rich in deposits of combustible shale, brown coal and potash salts; moreover, 1,500 peat fields are being explored. Its natural wealth is helping improve the living standards of each resident.

Today’s Gomel Region is home to many of the nation’s leading enterprises, generating income successfully: among them Mozyr Oil Refinery, Belorusneft, and the Belarusian Steel Works (BMZ).

BMZ, located in the regional city of Zhlobin, is one of the world`s largest suppliers of metal cord for buses, employing more than 12,000 people and showcasing the highest level of industrial advancements and high technologies. Its modern equipment is efficient, operated by employees who have been trained well. As a result, over 90 percent of its exports are sold to Europe, Russia, the Middle East and Africa, with its market ever widening. New trading partners include Angola, Burkina Faso, Kuwait, Gabon, Saudi Arabia, Ecuador, Taiwan and Indonesia. 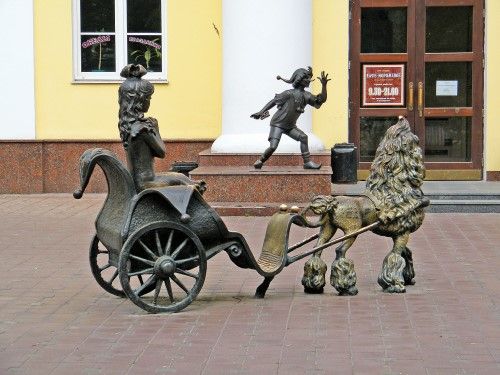 The enterprise is always being updated technically, with major modernisation in the final stages this year, across four key sites. BMZ tells us that its production line for small-section wire mill iron is soon to become operational, having machinery installed and adjusted by foreign experts. Over 342 million Euros have been invested to date in BMZ’s expanded production facilities.

The magnificent Pripyatsky National Park is one of the most popular tourist sites in Belarus, being rich in flora and fauna, and sensitive habitats: marshes, water meadows, oak groves and broad-leafed forests. Pripyat Polesie is known as the ‘lungs of Europe’: home to the largest forest-marsh complex on the continent, enriching the air with oxygen. Its oak groves are unique in Eastern Europe in their structure and diversity of species.

Pripyatsky National Park has international status as a key ornithological territory, with 256 species of birds: of these, 65 are listed in the Red Book of Belarus. Its flood plain is the largest migratory channel for birds crossing Europe, inspiring ornithologists to visit from every corner of the globe. In addition, the reserve is home to wild boar, elk, fallow deer, red deer, muskrats, raccoon dogs, beavers, and rare aurochs, European minks and lynx, badgers, and both edible and garden dormice. 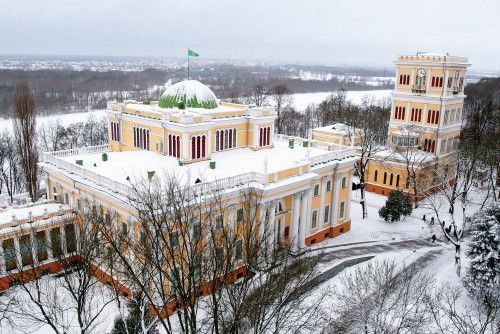 Besides offering lovers of the wilderness a unique outdoor experience, Pripyatsky National Park has a magnificent Museum of Nature, portraying the landscapes, with inhabitants, at various times of the year: large hoofed animals, insects, reptiles and amphibians, and a herbarium of rare Belarusian flora. The hall of Polesie folk customs and history includes a traditional home from the region.

As nowhere else in Belarus, Gomel Region has preserved the custom of the `Calling of Spring`: held from late February through March. Each settlement has its own date and traditions but this ceremony is most vividly evident in the village of Tonezh, in Lelchitsy District. Residents young and old go to the local hill to summon forth the sun and its warmth.

Tonezh’s ‘Chirochka’ custom is named in honour of the ducks, which are first to arrive as the snow starts to melt. Hundreds of bird-shaped biscuits are baked, for enjoyment by all those who gather: from across Belarus and beyond. The custom is beautiful and reminds us sincerely of the traditions of centuries past. Among the families most involved are the Drinevskys, whose female members decorate a fir-tree, as a symbol of the continuation of rural life. The menfolk carry it to the hill, where an old oak grows, singing songs, dancing and joking all the way, while treating passers-by to chirochka biscuits, which bring good luck. 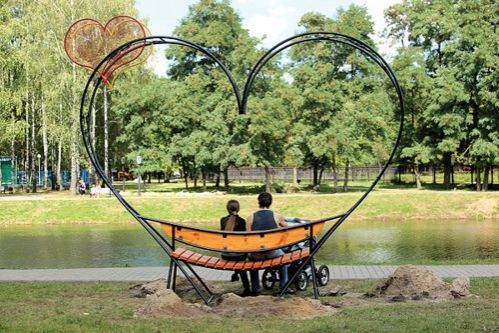 Alley of the enamored in “Festivalny” park

People old and young sing spring songs (vesnyankas) while waiting on the hill, and as the menfolk secure the fir-tree to the oak, encouraging flying birds to deliver spring to Lelchitsy District. Afterwards, celebrations begin in earnest, with ancient entertainments and games, songs and fun. Among the activities is tobogganing, as folklore expert Maria Tushinskaya explains. She tells us, “During the holiday, it’s necessary to toboggan, as of old (even when there is no snow!). This is thought to encourage Mother Earth to share her power for the coming year, protecting participants from ill-health and misfortune.”

The culmination of the ceremony is the burning of an effigy of winter: if it burns quickly, spring will be early; if it takes longer, frosts will endure.