We say ‘summer’ — we mean ‘health’. Maybe, we can’t invent a better time to gain strength. It can be made in Belarus, without leaving the borders of the native region.

Proposals for any taste

We say ‘summer’ — we mean ‘health’. Maybe, we can’t invent a better time to gain strength. It can be made in Belarus, without leaving the borders of the native region. 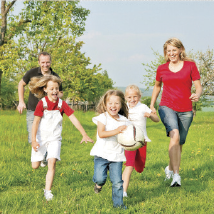 Some years ago, the Palace and Park Ensemble of Gomel set up the unusual Movement is Life project. The organisers proposed retirees partake of regular morning exercises.

The Central City Park has become the place where senior citizens meet. It’s the most picturesque corner of Gomel. There are old trees, well-groomed avenues and the River Sozh. Frankly, it’s the most successful place to get a real energy boost for the whole day. Gymnastics in the open air to music — everything is very like the Chinese health-giving wushu. But the Belarusian variant is more rhythmic and expressive.

Tamara Nevedomskaya, instructor of morning gymnastics and Head of the Babulki dance group, explained to me, why such a project is vital for the aged. “Unfortunately, retirees generally devote their time to TV sets and meeting on sofas in their houses, and a lot of them spend a cheerful start to the day alone, and without necessary physical activity. So we have proposed to change the usual order of things. In other words, get them to join us and to do exercises.”

The park administrators have given more than a kilometre of the quay for the popular gymnastics. People come from various corners of the city. It’s both healthy to have the company, and also safer under the tactful guidance of specialists. The sets of exercises have been worked out, taking into account the age and physical ailments, which people face over the years.

However, among the people, who joined the lively process, and become regular participants of the mass morning gymnastics, many had formerly been leading an active way of life. Now they are ready to extend the new experience themselves. For example, Ivan Muzychkin, a participant of the Great Patriotic War, is 82 and daily walks 12 kilometres. He is sure that walking strengthens the body. And when he has learned about the street gymnastics, he made a decision. “It’s necessary to organise such training in our micro-district also. The more platforms that exist, the better it will be for retirees. The street healthy-giving gymnastics has undeniable pluses — it’s low-cost and mass, but efficient. Only an instructor and a platform are needed; and, he adds, “the desire to move.”

Strength on the asphalt 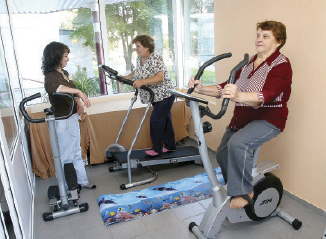 Numerous children’s sports grounds and recreation areas also help to support summer’s mood and joy of movements in the city. In Gomel, I like the sports zone at the State Fr. Skorina University. There is a tennis-court and a street bicycle rental centre. There are always a lot of people here in the evening, when it’s not hot. They come with friends and families. Some of them come to play ball, other to spin the pedals. If there is time, people go to the Palace of Water Sports, where even weak swimming skills can be honed to reasonable professionalism; or to the Ice Palace, where the outside heat doesn’t hinder the work of a covered ice rink. With your hired ice skates and a season ticket in your hand, you are already in a winter environment.

And you can go to the river. Beaches of the city are opened free for all people. The opportunity to lie on sand, to plunge into cool water — it’s usual set of services of city ‘resorts’. But every point of beach rest has certainly its features. Somewhere there are constantly working entertainment playgrounds. Somewhere there are water side-shows and walks along the river. And somewhere you can learn diving and nuts and bolts of yoga outside. Industry of city rest is also being developed. You should only have a wish to join.

With knowledge of the body 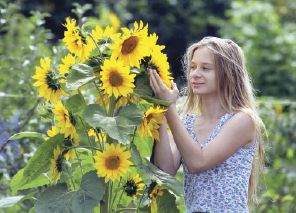 It should seem that Gomel is not a little city with usual noisy roads, crowded streets. How can internal reserves be shaken with the help of the newest medical healthy-giving technologies? But there is an answer. There are a lot of sanatoriums and sleep-away camps in the city and its suburbs.

Situated on the outskirts of the smothered in green regional centre, at the River Sozh, the sanatorium of the Gomel’s Department of the Belarusian Railway is a discovery for a city-dweller in hot summer days. On the one hand, there are peace, regularity and silence. On the other hand, there are clear medical directions: treatment of illnesses of circulation of the blood, of respiratory organs, of digestion, of endocrine, muscular-skeletal, nervous and gynaecological systems. Thanks to high-qualified experts and modern medical-diagnostic basis, they can reach perfect results of treatment of a big number of pathologies here.

The complex of the sanatorium consists of up-to-date multi-story buildings with stylish interiors and comfortable rooms. A rich infrastructure of the health resort is aimed at healthy eventful rest for people of any age. On the territory of the sanatorium there are mineral springs, sodium chloride waters, which have different mineralization, and it allows using them both for balneological purposes and in the drinking therapy. In the therapeutic mud-paths procedures with using of silt therapeutic muds are offered. Various types of baths, of hydromassage, underwater spine traction, pool with mineral water, etc.

Extensive cultural and entertainment programme is added to the healthy-giving part. And there are local parties, concerts of pop stars, cinema shows and, certainly, the most interesting excursions to sights of the Gomel Region and Belarus. In general, you won’t be bored. It’s no time to be bored. By day there are healthy-giving procedures, in the evening — walks and heart-to-heart conversations. In the sanatorium they assure: ‘After rest by us you will be as new’.

For lovers of domestic exotics


From year to year the ‘card’ of opportunities of health improvement is changed. New features are added to it. Sometimes they are rather unusual.

By Mikhailovsk settlement near Gomel, there is, for example, a mysterious place with ideally round outlines. It is especially notably from bird’s eye panorama or through Google Earth. Regular-shaped area with a diameter of about two kilometres represents a hollow with a lake in the middle. There are various versions of origin of the unusual relief. For example, there are rumours about fall of meteorite here. In reality, the place has been created by human hands. The round hollow has been made artificially. Around an embankment has been panned out, which serves as a dam, and the whole hollow has been filled with water. So the present owners tell about origin of the Mikhailovsk’s reservoir. They are creating an agricultural farmstead with full set of services for healthy rest here.

By the way, agricultural farmsteads (there are about 500 farmsteads in the Gomel Region) are one of the best variants of spending of weekends.