This year, the United Nations marks its 70th Anniversary.

At present, the UN unites 193 countries and over 30 affiliated organisations. The goals of the United Nations were stated in the UN Charter after WWII and they still remain the same: to keep peace throughout the world; to develop friendly relations among nations; to help nations work together to improve the lives of poor people, to conquer hunger, disease and illiteracy, and to encourage respect for each other’s rights and freedoms; to be a centre for harmonising the actions of nations to achieve these goals. The UN thus works in five main areas, namely Peace and Security; Development; Human Rights; International Law and Humanitarian Assistance. Though often perceived as predominantly focused on the first of the five, the UN development efforts are overarching. In over 170 countries of the world multiple agencies work to ensure sustainable development for better and dignified lives of people. 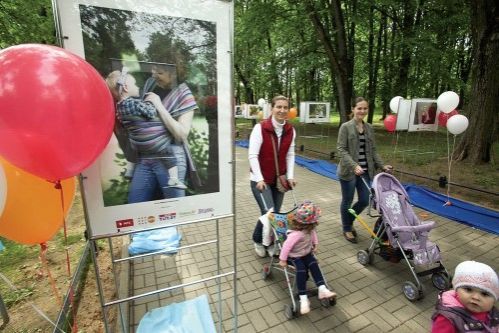 
The cooperation between the UN and Belarus is twofold and mutually beneficial: whilst the UN provides assistance to Belarus (financial, expertise etc.), Belarus benefits from the UN in opening itself to the world and showcasing its achievements and aspirations.

In the course of the past 20+ years the UN has collaborated with all sectors of the Belarusian society. One of the UN’s main advantages working here is the solid partnerships the organisation has built over the years. These partnerships are based on impartiality, mutual trust, transparency, efficiency and accountability. Working together with national — the Government, the civil society and academia, the private sector and the Church — and international partners the organisation brings them together to make a real difference in people’s lives.

The cooperation between the UN and Belarus is twofold and mutually beneficial: whilst the UN provides assistance to Belarus (financial, expertise etc.), Belarus benefits from the UN in opening itself to the world and showcasing its achievements and aspirations

There are over half a million people living with disabilities in the Republic of Belarus. The United Nations is working on supporting Belarus in acceding to the Convention on the Rights of People with Disabilities, which has been ratified by 152 countries to date. 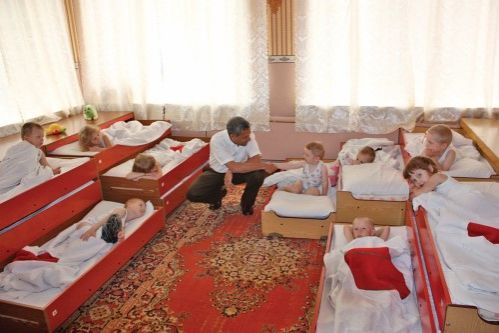 
In November 2014 Belarus hosted an international conference on juvenile justice. Child injuries are a very serious issue here in Belarus and the UN is working seriously with the Government and civil society on a policy level and towards implementation.

A whole range of projects related to youth are currently on the forefront of UN’s agenda. 2015 is proclaimed the Year of Youth in Belarus and the UN has gladly joined in marking this year with a multifold of activities related to young people, including the ones from vulnerable groups. The UN in Belarus is launching a UN Youth Advisory Panel, a pioneering global initiative. It will consist of 15 young people from various backgrounds and social groups. These young Belarusians will bring the youth voice to the work of the UN, at the same time ensuring that the interests and needs of young people are taken in consideration not only at the UN programmatic, but also at the national policy levels.

Looking at the statistics, Belarus has done incredibly well in achieving almost all of the Millennium Development Goals (MDGs). Fifteen years ago poverty was over 40 percent — now it’s 4 percent. School enrolment is over 99 percent. And Belarus has advanced 15 positions just in three years to become №53 in the Human Development Index in 2014

For many years a number of UN agencies have been partnering with Belarus on fighting the global challenge of human trafficking. The Country is an ardent advocate of this issue in the global arena. Upon the initiative of the Republic of Belarus the International Day for Human Trafficking was announced by the UN GA a year ago. The UN agencies work with victims of human trafficking, as well as building capacity of the law enforcement and other specialists on the ground. Historically refugees asking for asylum in Belarus come from Syria, Afghanistan and Africa, but in the light of the recent events, more than 30 thousand people came from Ukraine during the last year and require some form of assistance as well. UNHCR is the leading agency in working with refugees.

And then of course there are such crucial and cross-cutting areas as environment and economic development. UN agencies, and UNDP in particular has had a number of projects aimed at improvement and assistance in these areas for many years. Belarus is known as the ‘lungs of Europe’. It still has more than 40 percent of forest cover, and Belarus takes environment protection quite seriously. The UN delivers assistance and partners with various stakeholders, including Ministry of Environment and Natural Resources, Ministry of Agriculture and the Department of Energy Efficiency, environmental NGOs on climate change and environmental protection; biodiversity and waste management, environmental education and protection of water resources, environmental policies and resilient cities based on the principles of green economy. Concerning economic development, the UN is trying to help open up more space for the private sector to work in Belarus. As a former Soviet Union country, Belarus still has more than 60 percent of the economy controlled by the state. But the state recognises that there is a need now to expand the space for the private sector. The national capacities are built with the help from UN-supported expertise to develop an effectively functioning mechanism of public-private partnership in Belarus. 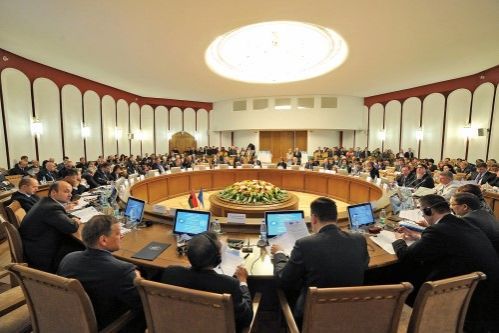 
Speaking of environment and economic development one should not forget the long-standing problem of Chernobyl. Belarus is the country that was most affected by the Chernobyl disaster. It’s right by the border of Belarus and to this day there is 400 square kilometres of land which is considered an ‘exclusion zone’. And we’re still seeing of course many years later the consequences of Chernobyl on the people of Belarus: cancer cases have grown up 34 percent over the last ten years. Affected livelihoods are evident not just in the exclusion zone but also in the surrounding areas. The UN has been helping the country to overcome the consequences of the disaster in many possible ways. 29 years after, there is still work to be done and things to be taken care of. Chernobyl-related goals are reflected among others in the next United Nations Development Assistance Framework.

Healthcare being one the top national priorities, UN agencies are working with communicable diseases, in particular tuberculosis and HIV/ AIDS, and non-communicable diseases. Over 6,000 people are provided with antiretroviral therapy preventing 4,000 new HIV cases and 2,000 AIDS deaths. 19 methadone substitution therapy points have been opened all over the country. Tuberculosis is threat that the global community has been fighting for years; owing to joint enhanced efforts in Belarus the annual drug susceptive TB rate has decreased by 1,000 and the mortality rate has dropped twice in the past five years. However, multi-drug resistant forms of tuberculosis remain a great challenge, as the rate is growing annually. So is the level of cardio-vascular diseases and cancer rates. High levels of tobacco and alcohol consumption, low popularity of healthy lifestyle are the fast increasing issues of concern for the nation.

Looking at the statistics, Belarus has done incredibly well in achieving almost all of the Millennium Development Goals (MDGs). Fifteen years ago poverty was over 40 percent — now it’s 4 percent. School enrolment is over 99 percent. And Belarus has advanced 15 positions just in three years to become №53 in the Human Development Index in 2014. Although many things have been achieved through a successful partnership of Belarus and the UN, at the same time, like in many other upper-middle income countries, challenges remain and need to be urgently addressed. 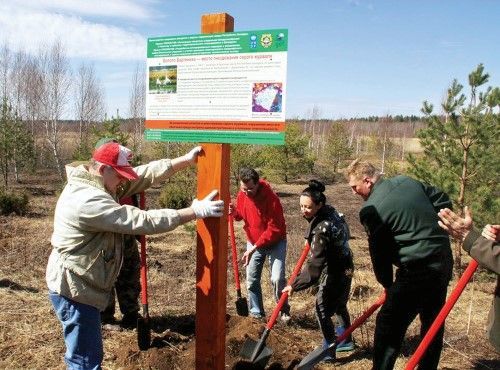 
Acknowledging the results and assessing what yet has to be done, the UN stands ready to continue assisting the Republic of Belarus in its development efforts and aspirations. International Development Assistance is an important instrument for implementing socio-economic reforms to foster sustainable development of transition economies. But not only financial assistance — transferring expertise and exchanging knowledge is crucially important in 21st century. For countries like Belarus, in the regional and global context, horizontal partnerships are one the key tools that the UN sees successful for further programmatic strengthening and ensuring efficient delivery of results. Currently the Government of Belarus is finalising the development of its National Strategy for Sustainable Socio-Economic Development until 2030 which will determine the national priorities for the country for the next fifteen years. The UN in Belarus has been invited to assist the country in this process. The second United Nations Development Assistance Framework (UNDAF) for 2016-2020, which is currently being finalised, is aligned with the national development priorities identified by the country. It is also closely linked to the Post-2015 global agenda for development, aimed at providing support and assistance to the country in areas where it is most needed and protecting the most vulnerable groups of the Belarusian population. The drafting the UNDAF took most of 2014 and was based on an inclusive and participatory approach, involving national partners from all sectors. It culminated in a large scale international conference on “Strengthening Belarus — UN Development Co-operation: Results, New Perspectives and Emerging Opportunities” jointly organised in January by the Ministry of Foreign Affairs of Belarus and the United Nations in Belarus  The conference was attended by more than 250 people, including representatives of 22 UN agencies, international development partners from 39 countries, key national partners from 50 Government institutions and 30 NGOs, as well as representatives from the private sector, youth, academic institutions, national and international banks. It was an excellent opportunity for a very diverse audience to be able to sit at one table and exchange their views, for international and national partners to discuss the practical aspects of delivering assistance to the country and to explore new modalities of cooperation for the coming years.

Speaking at the Conference, the UN Resident Coordinator in Belarus, Mr. Sanaka Samarasinha, stressed: “The UN’s work in Belarus has and will continue to be about building partnerships that make the difference in the lives of people who most need us. I used to say that the United Nations is in some ways a window for the rest of the world to know Belarus as it really is. For Belarus it is as well — a window to the get to know the rest of the world. Belarus has a lot to offer to the global community and I hope that the United Nations system can help in this regard. But today I would also like to change that, because if it is a window — it makes you stay outside and looking in, or inside and looking out. I would like to suggest that the United Nations is actually an open door that will help people walk in and out and get to know each other as friends.” 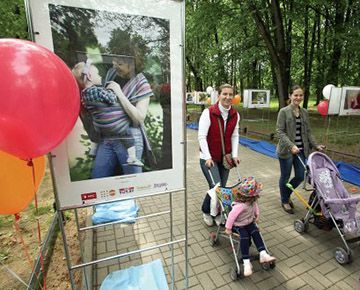