In search for a clue to biblical secrets

The Brest regional library is researching the original pages of the Brest Bible, published in the second half of the 16th century. 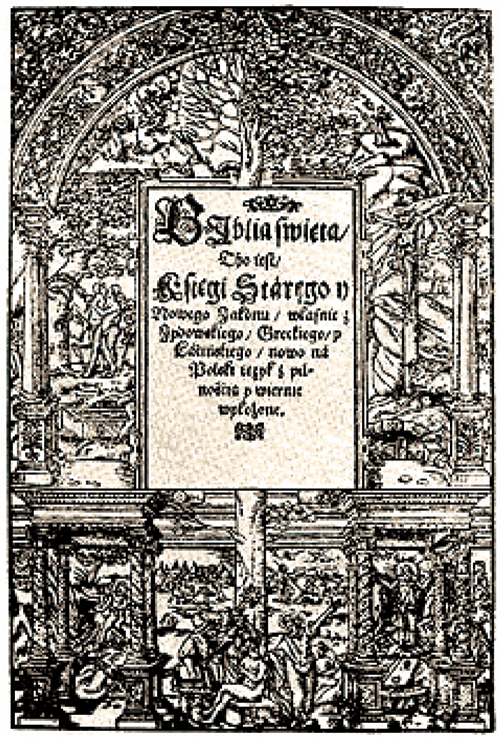 The incomplete copy of the Brest Bible was published in 1563. The original edition of the 16th century begins from page 121 and does not have the ending. However, the cover of the folio was made in the 18th century. The fact that it is the original is confirmed by the conclusions of international bibliologists. “The book is in very good, almost perfect condition. We did not manage to find out whom or for why whole pieces of the text of the Bible were removed. We hope to find it out with the help of authoritative experts,” says Alla Myasnyankina, Deputy Director of the Library for Scientific Work.

The unique monument of culture is already officially included in all the registers and catalogues. In Belarus this was registered as one incomplete copy of the Brest Bible and was placed in the central scientific library of the National Academy of Sciences, and it was established that other parts of the book are missing from it.

The conditions of the occurrence of this rarity in the regional library are not disclosed, but it is known that it happened at the end of last year. The book was bought in one of book salons of Minsk using the regional budget. “We managed to agree the price and, as a result, it has not exceeded the sum which we receive for the acquisition of books,” said the Deputy Director. “Certainly, our dream is to find a full copy of the Bible and to present it to native city by the thousandth anniversary, and we are actively doing this.”

According to the Deputy Director, it is known that about 120 copies of the Brest Bible are stored in various libraries of Europe. However it is impossible to buy these copies. “The only way is to find private owners of the book. They do exist,” said Ms. Myas-nyankina. However, a financial problem would arise. At auctions, the price of such books can reach $30 thousand or more. Workers of the regional library hope that, if necessary, sponsors and townspeople will help collect the necessary sum. To return the Bible home is a point of honour for Brest residents.

The Brest (Radziwill) Bible was printed on September 4th, 1563 in the Brest printing house of Mikolaj Radziwill the Black. According to the official site of the Brest regional library, it is the biggest printing edition, by volume, of the 16th-18th centuries of the Grand Duchy of Lithuania. Thanks to its excellent appearance (a leather cover with metal corners and engraved title pages) the book was ranked as masterpieces of polygraphic art of the Renaissance epoch. The edition is supplied with engravings and illustrations for the first parts of the Old Testament; it has beautiful, conveniently readable gothic print and a subject index that was unique in Belarusian publishing of that time. The majority of the copies of the Brest Bible are lost. Its preserved copies are stored in the Russian National Library, named after M. Saltykov-Shchedrin, in St. Petersburg, the library of the Academy of Sciences of Lithuania and the library of the Jagiellonian University in Kraków.