Day of Unity of Peoples of Belarus and Russia strengthens business

The holiday has already become a strong Union tradition: for the 19th time, Belarusians and Russians have celebrated the Day of Unity, with solemn events, business meetings and concerts in Minsk and Moscow. Our two countries initiated Union integration in 1996 and, since then, strong and multifaceted bilateral relations have grown. 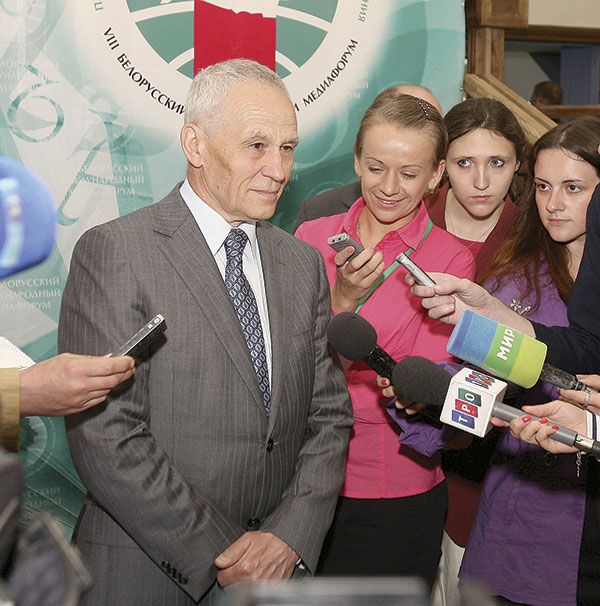 What does integration give society and our ordinary citizens? Union State Secretary Grigory Rapota underlines, “After the collapse of the USSR and the establishment of independent states, Belarus and Russia wanted to preserve the best while finding a new form of relationship. They sought to give the opportunity to live comfortably, while contributing to the development of the economy and social sphere — health, education and the pension system. The agreement to create the Customs Union was signed, and other states later jointed.”

Over time, our bilateral relations led to the signing of a treaty establishing the Union State: a noble project focusing on the social sphere and equal rights for citizens of our two countries regarding residence, study and work opportunities, as well as access to pensions and medical care. For example, the Union State agreements allow pensions to be accrued in Belarus for about 12,500 citizens of the two states, with over 900 pensions being ‘exported’ to Russia. Meanwhile, 18,250 citizens of the Russian Federation receive their pensions in Belarus.

Equal access to education has resulted in over 14,000 Belarusians being educated at Russian universities, while over 1,000 Russians receive higher education in Belarus: of these, about 300 are funded from the Belarusian budget. In 2014, Union State funds paid for 1,500 schoolchildren from our two countries to stay at the best health resorts across Belarus and Russia, with a similar number being funded in 2015.

Foreign policy and military-technical co-operation are also being effectively implemented, as are projects to integrate transport and the scientific-technical sphere. Of course, there are obstacles to be solved, as the Union State Secretary admits. The heads of the Belarusian and Russian governments meet regularly to discuss how best to integrate key industrial projects, such as: Minsk and Kama Automobile Plants; Belarusian Integral and Ruselectronics; and Grodno’s Azot and Russian EuroChem. Evaluations have been conducted and issues relating to the structure of new joint multinational enterprises have been solved, with both sides ready for integration.

Transition to a common industrial policy is no less urgent and relies upon equal conditions for industrial and other enterprises across our two countries. Currently, the legislation of Belarus and Russia lacks unity, presenting problems for the legal status of entities created as a result of Union State activity.

Scientific and technical programmes are vital to economic and scientific-technical integration, with the lion’s share of the Union State budget spent on their financing. Ten projects of such a kind are being conducted but Mr. Rapota is keen to see more. He hopes to witness no fewer than 20 joint projects. The Council of Ministers of the Union State is finally approving new research projects and signing off on the execution of those past.