Probably, these are usual words but we repeat them each time when we wish each other new hopes and well-being.

Probably, these are usual words but we repeat them each time when we wish each other new hopes and well-being. Originality is inappropriate here; sincerity comes first. All these are directly relevant to the moment when another year arrives. Each has their own plans for the new year: both people and countries. 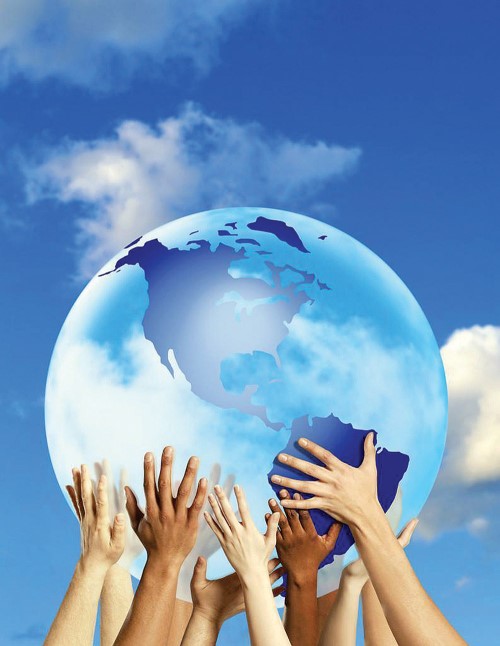 The outline of the many-sided reality is a publication in our magazine which says that, in 2015, Belarus will try a whole range of innovations. The Eurasian Economic Union was launched on January 1st: a historical fact already, while Belarus has become the first country chairing in this integration union. According to experts, the Eurasian Economic Union will be the world’s sixth economy with total GDP reaching almost $3 trillion. Another $1 trillion is expected by 2030 due to integration effect. The market of more than 170m people with free movement of goods, services, capital and labour resources promises big profits for business and investors.

An interesting prospect, isn’t it? Moreover, since the beginning of this year, additional measures of state support have been introduced for families with children, aiming to stimulate birth rate.

Since January 2015, a decree has entered into force in Belarus, envisaging a range of measures, aiming to enhance pensions for citizens boasting long period of work. Experts note that implementation of these measures will allow to strengthen employees’ motivation towards long and legal labour activity, on the one hand, and to restrict leading-strings mentality, on the other hand.

Meanwhile, another decree (also coming into force since January) enhances requirements for executives and workers of organizations. The document is designed to help get rid of economic mismanagement while reinforcing manufacturing-technological, labour and performance discipline.

New amendments to the law on mass media have also entered into force since January 2015. One of the major innovations is changes in regulating the work of so called the Internet media. In particular, now the action of the law on mass media also spreads on information resources, placed in the global computer network Internet (except for the requirement for state registration) which are used to spread the products of mass media information. It means that from now on the Internet resources will bear responsibility for ‘virtual’ words equally with official mass media.

Moreover, Belarus also toughens criminal responsibility for crimes in the sphere of drug illegal trafficking while also reinforcing administrative responsibility for violations connected with drug consumption. This is envisaged by the corresponding decree, entering into force from January 1st.

These are the innovations brought by the new year. We still have the whole year to assess their benefit and effect.

Let’s now return to the past, e.g., some eighty years ago. Belarus magazine boasts a rich history, as its first issue appeared in January 1930. Of course, these were different times… The magazine itself was a mirror of its time rather than its chronicler. It continues to be such now and I’m confident it will be such in future.