The efforts of Belarus and Russia in tackling the consequences of the Chernobyl tragedy have been both wide-ranging and complex, finding recent formulation in three Union programmes, with a total cost of 2.5 Bln. Russian Roubles.  Next year will mark the 30th anniversary of the terrible catastrophe and will see a fourth joint programme launch, helping develop affected territories.

From the construction of medical institutions equipped wit the latest devices, to the introduction of unique treatments, our two states have been devoting time and resources to this enduring problem. Apart from working to protect the public from radiation, our governments have been seeking new paths to allow safe farming of ‘Chernobyl’ territories. New information centres have launched, to teach the public about protecting themselves and to show how far we have come in combating the dangers; a Russian-Belarusian Internet site is also working hard to make people more aware of the realities. 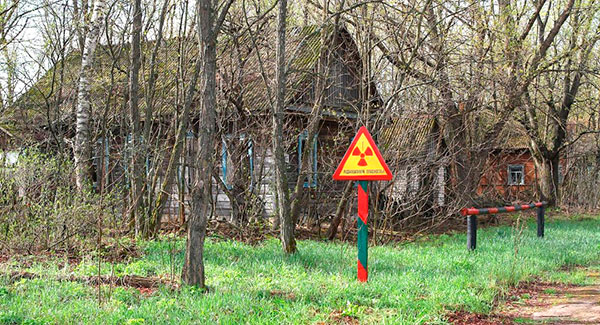 Nikolay Tsybulko, of the Emergency Situations Ministry of Belarus, is the Deputy Head of the Department for Tackling the Consequences of the Chernobyl Nuclear Power Station Catastrophe. Regarding the fourth Union programme, he tells us, “While the first two programmes provided capital investments into major sites, the latest have been mostly directed towards scientific research and innovative projects. The fourth programme continues projects begun last year.”

In addition, it tackles four key areas, including the development of new medical technologies for affected areas. Last year, six projects were launched by scientific organisations under the Ministry of Health of Belarus. One aims to introduce new medical technologies to the spheres of cardiology, oncology, paediatrics and obstetrics. Scientists and physicians in Russia are tackling the same realm.

A uniform Chernobyl register for Russia and Belarus was created during the second joint programme and is being continuously updated, to include all those suffering as a result of the catastrophe, directly or indirectly, through radiation poisoning.

Belarus now has 13 children’s health-care centres, which welcome nearly 100,000 children annually. Sadly, facilities had failed to be updated for some time but, last year, Union budget funds were allocated for the re-equipment of nine centres. In 2014, more than 20 medical devices were purchased, alongside four buses for the centres. Such work will continue throughout 2015.

Mr. Tsybulko tells us that the second stage of the programme concerns a unified system of radiation protection for affected territories, including farming methods to ensure safe food production and increased management efficiency, as well as updated systems of monitoring radioactive pollution.

Last year, 77 devices were purchased, including dosimeters, radiometers and spectrometers, for use by Belarus’ Ministry of Health and the Ministry of Agriculture and Food (Belkoopsoyuz). The state ‘Chernobyl’ programme has also helped fund purchases, since public safety is of primary concern to the Belarusian Government. However, there is not enough money to meet all demands, so the help of the Union State budget is essential.

Work continues on creating a uniform catalogue of doses of radiation endured by the populations of Russia and Belarus, showing ‘safe’ levels for human health and for agricultural soil, as well as for raw materials and forage.

The fourth joint programme includes a new section detailing the most polluted territories of Belarus and Russia, named as ‘zones of alienation and resettlement’. Belarus has 216,000 hectares in Polesie’s state radiation-ecological reserve and 240,000 of resettlement zone, which are no longer used for farming. Mr Tsybulko notes that, as three decades have almost passed, new approaches are needed. He explains, “We are developing a concept for managing resettled territories, with scientists being encouraged to offer a new approach. These territories are closed and governed by checkpoint security, to prevent fires and entry by the public. However, now that almost three decades have passed since the catastrophe, radionuclides are weaker, reducing pollution levels. We need to carry out radiological investigations of 50,000 hectares of land currently out of agricultural use. Polesie’s 216,000 hectares remain a reserved zone, with known approaches. Neighbouring Ukraine is already starting to adopt our experience in managing its alienated territories, creating a similar reserve.”

To know and to remember

The fourth direction of the programme aims to work with children and young people, helping them develop skills to live safely in radionuclide polluted territories. The cornerstone of this initiative is the creation of a Russian-Belarusian Internet portal detailing how to tackle living with the consequences of the Chernobyl catastrophe. A pilot version of the site launched in mid-April, created by the Belarusian Department of the Russian-Belarusian Information Centre on the Consequences of the Chernobyl Nuclear Power Station Catastrophe.

The site aims to promote safe public practices in dealing with radiation, based upon the joint experience of our two countries in dealing with the consequences of the Chernobyl catastrophe. Databases, archival data, training and developmental programmes, as well as events and information products are available on the site.

Experts are keen to continue joint Belarusian-Russian projects after 2016, explains Mr. Tsybulko. The development of a 5th ‘Chernobyl’ programme has been discussed by the Union State Standing Committee, and by the Parliamentary Assembly Commission of the Union of Belarus and Russia: concerning ecology, nature management and dealing with the consequences of catastrophes. All agree that a new programme is needed. Detailed discussion is scheduled for October 14-16th, at the Parliamentary Assembly Commission (in this year of the 30th anniversary of the Chernobyl catastrophe).