Actually, this refers not to particular events which became most important in the past year, since the sense lies in essence of these events. 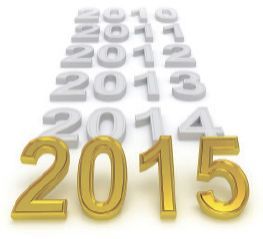 Actually, this refers not to particular events which became most important in the past year, since the sense lies in essence of these events. What do they bring with? What is their generalizing role? In this context, the recent opening of the Stadler Minsk Plant, manufacturing super-modern electric trains, in Fanipol, near Minsk, is a very landmark event.

The factory in Fanipol has been constructed in a short period of time, with the first stone laid just two years ago. Now, the enterprise is ready to fulfil a major contract for Russian Aeroexpress. New orders are in hand, so the facility has been designed with expansion of its range and production output in mind.

In total, the work of Stadler can be taken as an etalon of investment behaviour. The company has invested live money into the country’s economy and constructed a factory while also bringing the latest technologies. Moreover, it has open sales markets and consequently expands them. Such approach is appreciated, so the President of Belarus Alexander Lukashenko, who took part in the solemn opening ceremony in Fanipol, assured that Belarus will consider the new facilitate as its own — rendering support as it would to a Belarusian company.

Businessman from Switzerland, Peter Spuhler, called the opening moment of the new production a sign, testifying to the progression rather than recession and that many should think well over this example. Stadler’s investments into the Belarusian economy are a wise response to modern economic challenges: in times of economic disturbance, solidarity is more useful than sanctions. Only joint efforts can help overcome objective global problems.

Moreover, the event in Fanipol is also vital for us because it will obligatory receive its development in future. It isn’t difficult to suppose that the opening of the plant will inspire new life into Fanipol which, evidently, should become one of Minsk’s satellite towns. Meanwhile, successful work of the joint enterprise with very serious investments will serve as an example for attracting other foreign investors to Belarus.

The country is ready to discuss any initiatives and proposals, enabling to reinforce the economy while creating new high-tech productions, infrastructure and highly-paid jobs.

The support guarantees of such a kind of projects are promised at the top level and, undoubtedly, this are far-sighted decisions, when the state creates conditions and offers preferences to investors of the world level who create highly-competitive goods. Moreover, when such investors come with money and new technologies, as well as with their sales markets, knowing where to sell such produce.

Zone of Responsibility Doesn’t Endure Emptiness material further on explores this topic, revealing the prospects of development of the Fanipol plant.

‘What are your plans for future?’ question can be often heard these days. As a rule, the beginning of the year turns us to measure one’s own actions with a new period of time. There is nothing unusual in making plans for the future. Many people do: they make plans for several days or a week and live by them. However, long-term planning is another thing entirely: for five or ten years. It is very difficult to make one’s life run according to a detailed program; after all, fate often interferes with the course of events. Nonetheless, there are advantages to living one’s life with goals in sight. In many countries this logic has led to policy planning and detailed strategy development for a lengthy period. The Russians, for example, have already made plans till 2025, Kazakhstan — until 2050. Soon a similar document will appear in our country. The Economy Ministry is beginning public consultation on the National Strategy for Sustainable Development until 2030 (NSSD-2030). Anyone interested can now view this document by clicking on the link provided on the department’s website. In brief, the strategy is based on three principles: those of people, economy and ecology. The document itself is rather lengthy, but worth reading in its entirety. Its one hundred and thirty pages describe how the country will follow a path of sustainable development and outline the risks it will face in the long-term. Our readers can learn about the forecast-strategy in details from our What Will It Be Like in 2030? publication.

Good tendencies always inspire and the future becomes to be seen more attractive. Optimism to everyone!