In the years since Belarus’ independence, its achievements can be measured in millions: kilometres of film; the sand and concrete used for the restoration of theatres, museums and castles; visitors to festivals and sights. In the last 25 years, the country has been enriching its intellectual and art treasures and we can sum up the results, highlighting the most significant changes that have taken place in the Belarusian culture from the 1990s to the present. 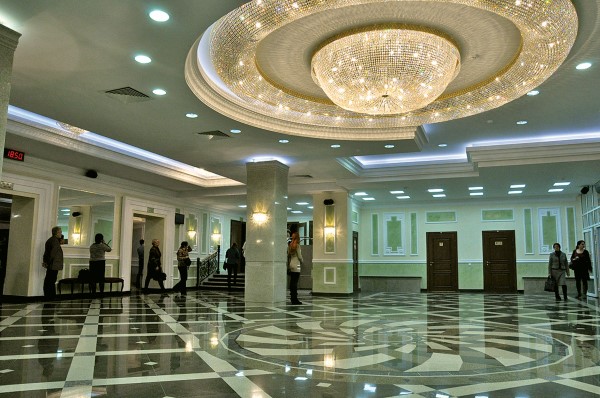 Theatres. In Minsk alone, three theatres have opened after reconstruction: the Kupala Youth theatre for instance, whose troupes had to perform as guests of other theatres for several years. As a result of the reconstruction of their buildings, they have made their initial appearance on their original stage, cementing the feeling of unity between previous generations of actors and audiences. These theatres are now equipped with the newest technology, making it possible to stage performances at a global level, while attracting young actors to their troupes. Moreover, audiences are increasing and good reviews on original shows are common. 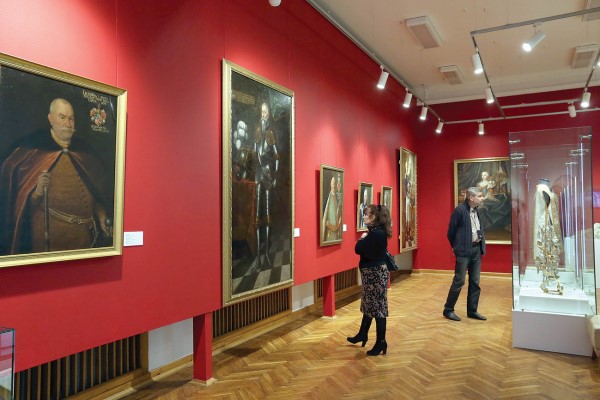 Museums. The National Art Museum is gradually expanding, realising its long held aim: to establish a museum quarter between Minsk’s Karl Marx, Lenin and Kirov streets. It will organise new sites for open-air exhibitions, cafes and research establishments. The Historical Museum of Local folklore is, in turn, receiving new exhibits. Just several years ago, the Slutsk museum hadn’t even a copy of a famous Slutsk sash but, at present, it boasts an original. As a result of a state project, the production of these unique sashes has been renewed almost two hundred years after it was stopped. A great event for the country was the opening of a new building for the Belarusian State Great Patriotic War Museum. 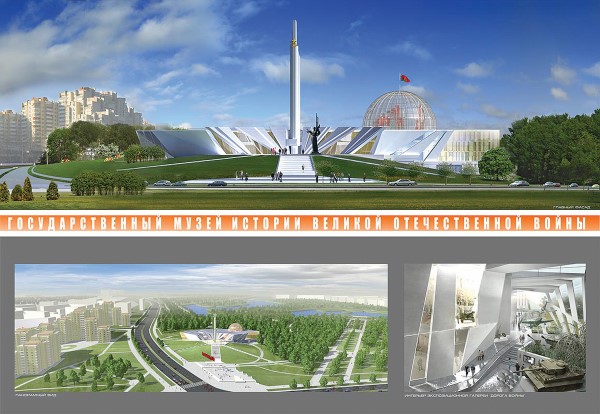 Castles, palaces, churches. It would take several pages to list all the places of historical and cultural heritage that have been restored and renewed in recent years. Among the most significant are the restored mansions of Adam Mickiewicz in Zaosie and Tadeusz Kosciuszko in Merechevshchina. At the moment, Polotsk’s 12th century Cathedral of the Transfiguration of the Saviour is being worked on and, recently, the Mir and Nesvizh castles opened after many years reconstruction; these are now a part of the UNESCO World Heritage List — which has resulted in an increase of foreign tourists to the country. Several churches, destroyed in the 20th century, have been rebuilt in Vitebsk; these have significantly changed the panorama of the city’s historic centre, which now looks truly unique. 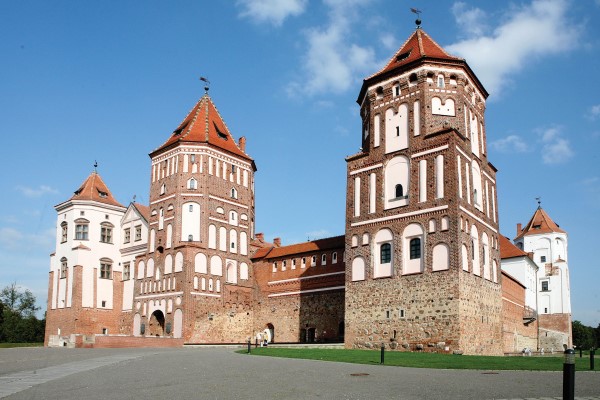 Sculptures. Monuments to many figures of  the national culture have been erected countrywide: these honour Frantsisk Skorina, Vseslav Polotsky, Yevfrosiniya Polotskaya, Sofia Slutskaya, Vatslav Lastovsky and Duke Algerd. It’s now also fashionable to erect street sculptures devoted to different aspects of our daily routine: among them are a sparrow, a horse, a girl with an umbrella and a smoking man. These simple images appeal to passers by and suit our clean Belarusian streets. On looking at the top of Minsk’s Privokzalnaya Square — where the ‘gates’ of the city are situated, one can see the grand sculptures of a worker, a village and a soldier. Just a decade ago, there was nothing there but now it seems as if these sculptures have been here for centuries. Books. In 2017, Belarus will celebrate the 500th anniversary of the first book printed by our countryman Frantsisk Skorina. A new Bible translation will be republished to mark the date and, for the first time, the ancient Polotsk and Turov gospel manuscripts are to be published. Modern prose writers, poets and playwrights are planning to publish new books and editorial houses are always looking to prepare something new and unexpected for their readers. For several decades, Adam Globus, Vladimir Stepan, Lyudmila Rublevskaya, Andrey Fedorenko, Mikhail Cherginets, Georgy Marchuk, Yugasya Kolyada, Andrey Khodonovich, Ales Badak and Victor Shnip have been amongst the popular Belarusian authors. Their works are also known abroad. Competitiveness and readers’ demands on writers are growing. This year, the first National Literary Award was presented at Shchuchin’s Day of the Belarusian Written Language. The construction of a new building of the National Library (in Nezavisimosti Avenue) — initiated by the President — became a common goal for all Belarusians. Moreover, citizens and generous foreigners made donations to ensure the national book treasury obtained a new modern building. The library, known nationally as a ‘diamond’ owing to its unusual shape, hosts the National Archives of Belarus. An observation terrace, with a wonderful panorama of the Belarusian capital is situated on its roof.

Art. Several galleries of modern art and a great number of well known names (nationally and internationally) — such as Andrey Vashkevich and Victor Alshevsky — show that Belarusians are successfully preserving the traditions of their national art school. The latter were created by our outstanding ancestors — including Valenty Vankovich, Vitold Byalynitsky-Birulya and Yazep Drozdovich. Every year, Belarus participates in a world biennale in Venice, and national forums, attracting foreign artists, are also organised regularly. This September, the Minsk-2015 Festival of Architecture was held, with masters from several dozen states as well as Belarus demonstrating their achievements. Many experts agree that Belarusian and foreign architects rival each other, confirmed by our city streets with impressive buildings: Minsk’s Palace of Independence, new trading centres, sporting grounds and residential districts in each region. Moreover, much is done in the sphere of the national cinema. Minsk’s Listapad Film Festival amazes spectators with worthy films and talented authors from all over the world. 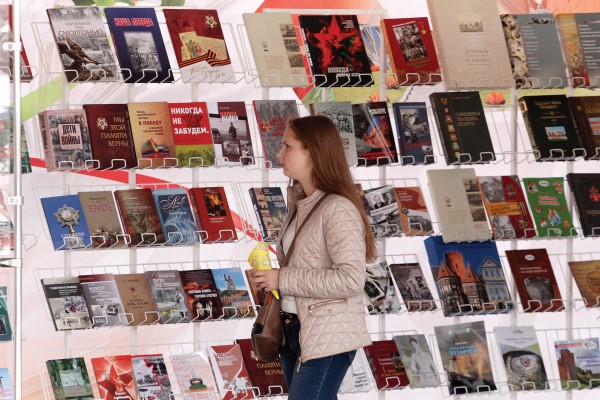 Festivals. The International Festival of Slavonic Arts in Vitebsk has an unbroken tradition. It welcomes guests every year from Slavonic states and even further abroad, from such countries as Israel and Cuba. Vitebsk transforms annually into the cultural capital of the country. The Cultural Capital of Belarus is now an official annual event. Polotsk was the first to receive this title and, this year, Brest bears the honour. This creates an impetus for development, as funds are invested in the chosen city. The smaller festivals also bring places back to life: Dozhinki is held in small towns, medieval forums are organised in Mstislavl and Golshany, culinary events are hosted by Motol, Glubokoe, Rossony, Miory and the musical meetings of Molodechno and Mogilev are the true calling cards of Belarus. Belarusian operatic art, known globally, is well represented at the Bolshoi Theatre and the Nesvizh Castle; the latter annually hosts a festival of Minsk stars. The Minsk International Christmas Forum is organised as part of their Christmas Eve celebrations. 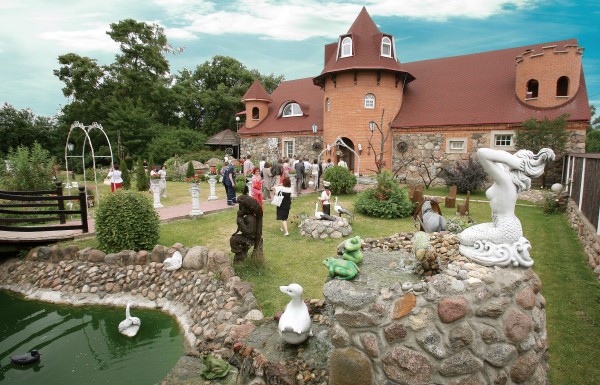 Tourism. Several years ago, almost 2,000 agro-mansions were established in rural areas of the country — a true breakthrough in the development of tourism. These offer traditional Belarusian style, showing their guests perfect service and local cuisine. This wave of agro-ecotourism has swept Belarus and, a supportive infrastructure is developing: new cafes, hotels and fuelling stations have opened in cities and villages, as well as along highways. Even provincial towns offer top quality accommodation for visitors and tourist companies proposes hundreds of routes in Belarus to satisfy the most demanding travellers. Minsk’s red double-decker offers an excursion along the capital’s major sights and its guides speak several European languages. In the future, similar buses might be launched in other cities, while hundreds of guides are ready to offer individual excursions countrywide. As the Head of Minsk City Executive Committee, Andrey Shorets, confirmed, in 2016, Minsk’s historical centre, the Upper Town, will become a pedestrian zone. Zones of the kind will also be established in other cities. 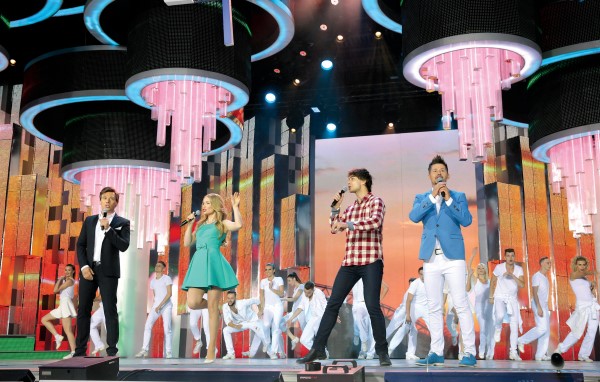 Patrons. In recent years, Belarus has benefited from the help of local patrons: these are firms, banks and individuals who finance cultural projects. This is common in the West but is only now spreading through our own country. Every year, the Culture Ministry honours the most generous sponsors. Works of famous artists can be brought here from abroad owing to the generosity of the donors, exhibitions of rarities are organised and new books are published. 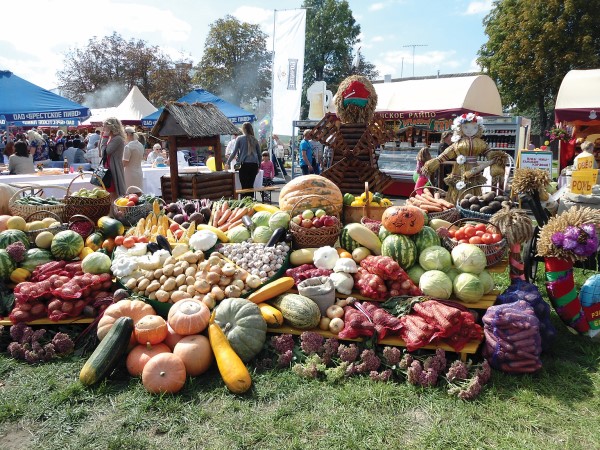 The Belarusian culture is rich and diverse and, in recent years, it has acquired new features. We are preserving our heritage and creating new literary and art works. Despite the process of globalisation, our traditions are alive and Belarusian culture will continue to thrive. Our unique independent culture is a pillar of our state. 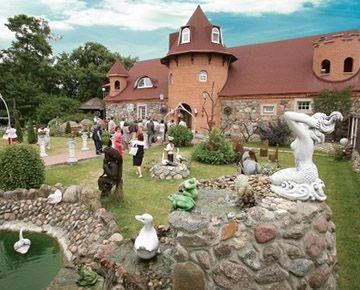