In April 2014, ancient Borisov — one of the most interesting cities in Belarus — joined the European Federation of Napoleonic Cities and, accordingly, the Napoleonic Roads European programme

In April 2014, ancient Borisov — one of the most interesting cities in Belarus — joined the European Federation of Napoleonic Cities and, accordingly, the Napoleonic Roads European programme. Over the past decade, the programme has united over 60 cities across France, Italy, Poland, Russia, Italy, the Czech Republic, Austria and Spain. Belarus is the Federation’s ninth participant so far. 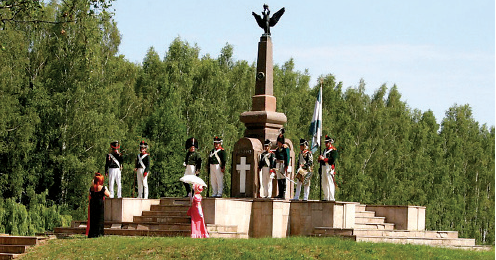 Of course, no one expects tasty croissants to begin falling from the sky or for the Berezina River to turn into a Bordeaux wine. However, the move should inspire tourism development — as the city and its suburbs offer many worthy attractions.

Representatives of the European Federation of Napoleonic Cities’ magazine are soon to visit Borisov to photograph local attractions for their December issue (which is devoting around 80-100 pages to the Belarusian city). The edition will be presented, in Paris, by the Borisov City Executive Committee’s Chairman, Vladimir Miranovich.

The Deputy Head of the Department for Culture and Youth Affairs, Alla Lenkina, notes increasing interest in Napoleonic history, within a 50km radius of Borisov. She tells us proudly, “International contacts and acquaintance with foreign culture always bring benefits. This memorandum should support interaction between historians and between educational and cultural establishments, while aiding the development of tourist routes and attracting foreign guests’ attention to Belarus. The Federation plans to issue a magazine reflecting the city’s history and modern life and the French have a special plan of mutual actions, as we’ll soon discover.”

Speaking of particular French interests, Ms. Lenkina notes, “Our work is related to local historical studies, with some Borisov specialists making thorough investigations. Since 2009, we’ve organised the Kolodeev Readings, attended by an ever growing number of French people.” 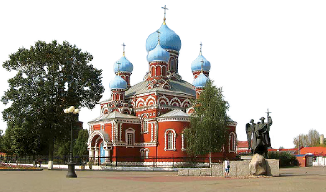 A historian working at Borisov’s Kolodeev Central District Library, Vladimir Kishchenko is among researchers who have gained European recognition. His articles are translated into French and printed in Paris’ Centre of Napoleonic Studies. Mr. Kishechenko’s texts attract the French with their objectivity and interesting interpretation of fact, without blather. Mr. Kishchenko believes that the city is worthy of this honour. Truly, Borisov seems to have all grounds to be included in the project.

The Federation embraces over 60 cities and each views Napoleon differently. The Emperor is primarily an invader for Borisov, isn’t he?

You’re wrong. Let’s have a wider look: the 1812 War was a collision of two civilisations: of two worlds which negated each other.

What will the Napoleonic Roads programme bring to the city?

It will entail a great deal. The city is lucky — to a certain extent: here, in 1812, European historical events occurred on world scale. Signing an agreement with Charles Napoleon would help develop domestic tourism. To see more foreign guests coming, we need to actively promote this avenue.

From time to time, I act as guide to foreign tourists, seeing their great interest in the topic. Sometimes, they know more about Borisov than its residents. Sadly, we mostly know about that war from Eldar Ryazanov’s film entitled ‘Hussar Ballad’: it featured much champagne, snow, romances and handsome hussars but the reality was different.

Everyone in Belarus knows that Napoleon crossed the Berezina but, actually, that crossing was a small episode. The true Berezina Operation featured five battles over nine days — but this is often forgotten. We lack a rich museum devoted to the 1812 War — like the one in Maloyaroslavets. The city is three times smaller than Borisov but has a two-storey museum, with guns. We also lack many monuments, although more are being erected of late. In November 2012, a memorial plaque was unveiled to honour the events of 1812 at Brilevo Field. I take French tourists to these sites but we need to develop our infrastructure. Modern tourists like comfort: ‘uniqueness’ alone isn’t enough. The city needs investments, money and sponsors. Borisov is at the beginning of a major path — like Belarus as a whole. Our country is actually very young, only just realising itself nationally.

In November 1812, the territory of Belarus saw one of the greatest tragedies in early 19th century European history. The Napoleonic Army, victoriously coming from the borders of the Russian Empire to its ancient capital, had to leave Moscow without fighting and quickly retreat under the attack of the Russian troops. The culmination was the entrapment of the surviving parts of the great army at the Berezina River. It was only the lack of cooperation between Russian commanders, which enabled Napoleon to distract their attention from the true crossing place and to successfully organise it 14km upstream from Borisov, near the village of Studenka. However, the success reached by the French Emperor is considered a ‘pyrrhic victory’. At that time, a direct participant of the battles, Colonel Pokhvisnev, hit the nail on the head when he wrote ‘…the River Berezina will be eternally remembered by the forthcoming times, due to the unprecedented number of deaths of French troops’.

Between July and December of that year, 647,000 soldiers of the Great Army, representing almost all the countries of Europe conquered by Napoleon, took part in the battles. From this number, no more than 100,000 reached the Berezina River in November 1812, and only 36,000 of these were armed. The rest represented an armless crowd of ill, wounded and weakened soldiers, who’d left their units.