Banknotes to have four zeros fewer... … And will become more convenient

Rouble denomination scheduled for July 1st, 2016 — in line with Belarusian President’s decree  Banknotes in circulation (of 2000) will be replaced by banknotes and coins of 2009 — with the ratio of Br10,000 per one Rouble

Rouble denomination scheduled for July 1st, 2016 — in line with Belarusian President’s decree  Banknotes in circulation (of 2000) will be replaced by banknotes and coins of 2009 — with the ratio of Br10,000 per one Rouble. Simply speaking, Belarusian banknotes will have four zeros cut. As a result, the lowest nominal of the Br100 banknote will be replaced by the lowest nominal of new money: 1 Kopeck. 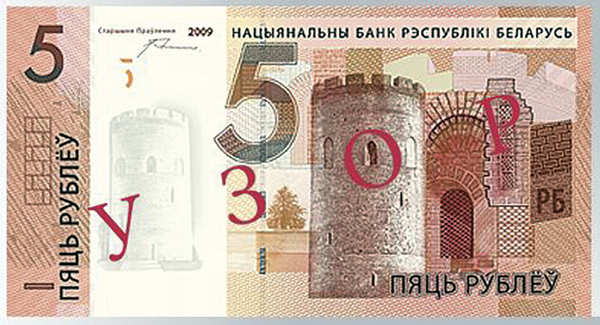 Starting from July 1st, 2016, seven nominal will be put into circulation: of 5, 10, 20, 50, 100, 200 and 500 Roubles, in addition to eight nominal of coins — of 1, 2, 5, 10, 20 и 50 Kopecks, as well as 1 Rouble and 2 Roubles. The overall concept of new banknotes meets ‘My Land is Belarus’ slogan. The National Bank explains that each banknote is devoted to a certain region of the country and the city of Minsk. For none of them to feel ‘offended’, regions are chosen in the alphabetic order: a Br5 banknote is devoted to Brest Region, Br10 — to Vitebsk Region, Br20 — to Gomel Region, Br500 — to Minsk. Interestingly, the design of new banknotes is not changed drastically: monuments of architecture and city planning are laid in its basis.

As the National Bank explains, the decision on denomination was made ‘to perfect monetary circulation, simplification of registration and settlements, sustaining of optimal banknote structure of the monetary stock, significant cut of state expenses to service cash monetary circulation’. It also comments that the denomination process is of a technical character — creating no impact on the Belarusian Rouble’s purchasing capacity, the national currency exchange rate and the actually set inflation level. With this in view, prices on goods and services will be recalculated in the 1:10,000 ratio starting from July 1st, 2016. For buyers to easier adapt to new changes, all economic entities will be obliged to fix two prices during the period of old and new banknotes simultaneous circulation. Salaries, allowances, scholarships, banking deposits, company balances will be recalculated under the same principle.

Actually, the issue of denomination has many times been put high on the agenda. In 2014, on meeting media representatives, Alexander Lukashenko noted that the design of new coins and banknotes had been approved; these ‘would somehow resemble Euros’. He also stated then that denomination would be announced in Belarus six months before its launch. “Jointly with specialists, we’ll decide when this period is to come. It’s necessary to remain cautious in this issue. We are ready for denomination at any moment but even this technical step needs certain conditions. We should not observe a certain interest rate. In addition, the market should be free of worries — so that people feel calm. Moreover, the economy needs to experience no crisis,” the President said.