What is sports education in Belarus and where can it be received?

It is no secret that Belarus gives a great attention to sport. Citizens are interested in it, and the State takes care of it, building palaces, arenas and stadia. Every possible sporting activity is carried out and various laws promoting the development of sports have been adopted. At the Olympic Games, Belarus constantly finishes in the top-twenty on the medal’s table amongst over 200 participating States! The lion`s share of the responsibility for results falls on the shoulders of experts who are engaged in training of sportspeople and trainers. We ask: What is sports education in Belarus and where can it be received? 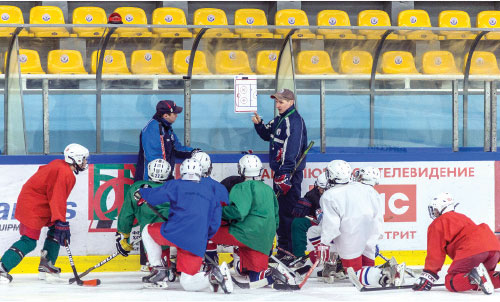 
It is clear that it is impossible to become a professional sportsman in just a couple of years. Long years of effort and assiduous training is needed, therefore people in our country start doing sports from an early age. Sports clubs, schools and specialised schools of the Olympic reserve, children and youth sports schools are organised for children and young people all over the country. The basic preparation of sportsmen occurs there, and then, someone from them combines sports activity with education in an institute of higher education or the Belarusian State University of Physical Culture. As for schools and colleges, some of them are notable for their higher level and enviable results of their pupils.

As, for example, one of our outstanding sports schools is the Hockey Specialised Children and Youth Sports School of the Olympic Reserve Yunost, which celebrated its 39th birthday on September 1st. This school has trained such stars, as Ruslan Salei, Alexey Kalyuzhny, Mikhail Grabovski, Sergey Fedorov and many other eminent professionals. Its headmaster, Igor Molchanov, knows the school’s history well. The school opened in 1975 and, at that time, almost all Belarusian hockey as it is called, was based around the pupils of Yunost and they showed quite good results at the Olympic Games and the World Championships. 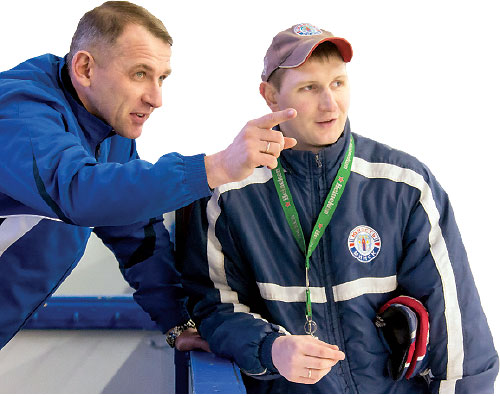 The headmaster of Yunost Igor Molchanov and the coach Maksim Pobortsev


The school was twice recognised as the best in the USSR, due to the results of work in 1989 and 1990. It has  won many tournaments, with victories in sports contests of the peoples of the USSR in 1982 and 1986 becoming the most significant. At that time, Yunost gave a handicap to such eminent schools, as Spartak and CSKA. Even now, it tries to compete with the top names at international tournaments, and the half of the current national team consists of pupils from Yunost.

Yunost is part of the structure of the club with the same name and meets all the requirements of the development of children and youth in sports. It is a unique school in our country, with preparation at all ages. Children come here when they are 6 years old and finish training when they are 18. Today, Yunost has at its disposal three locations where training is carried out — the covered skating rink in Gorky Park, the Minsk Palace of Sports and the Chizhovka-Arena which has recently been put in operation.

In total, the school has 8 teams which participate in the Championship of Belarus. 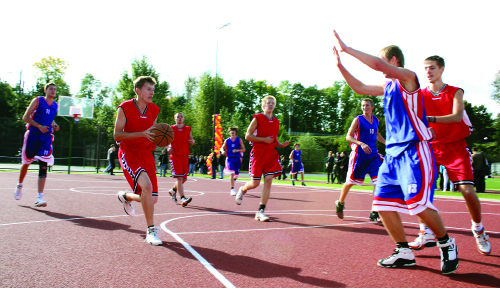 The headmaster of the school, Igor Molchanov, says happily, “We are prize-winners everywhere, therefore today we are considered the strongest school.”

At the school, as well as at the institute of higher education, there is both free education and also paid training. Parents can buy hockey outfits at their own expense. As for kids from needy families, the school provides outfits for them.

Currently, eight sports classes operate in Yunost. They are created in order that children can have time to both to study and to do sports. The management watches the results of their wards in the general educational sphere, visit schools and meet the teachers, and if someone has problems with marks and discipline, then appropriate measures are immediately taken. Pupils can even be threatened with suspension from playing hockey.

Igor Molchanov talks on the perspective of children, “The future of a child will depend on the desire of parents to make an athlete and personality from a citizen of our country, and also on the desire of the child. If parents support this desire and help a child to stand on its own feet as a person, then a child will necessarily become successful.”

As for sports education at the level of higher education, it can be received at the Belarusian State University of Physical Culture. Grigory Kosyachenko, the Rector, heads the educational establishment. ‘Always in motion’ is the university’s motto.

The university carries out research on the optimisation of preparation of sportspeople to the Olympic Games, World and European Championships. Experts search for the most effective means of physical, technical, tactical, psychological and theoretical preparation of these athletes. A lot of attention is given to the question of youth sports, the problems of restoration and the increase of sports working capacity.

The main sports university in the country does not have problems with places for carrying out of training. At its disposal are a sports and training complex with courts for basketball and handball, volleyball and tennis, freestyle and Greco-Roman wrestling, football, weightlifting, boxing, fencing, gymnastics, precise-coordinating sports, combined gym for dances, skiing lodge, shooting gallery and medical centre.

The Institute of Tourism is part of the university. While the sports part of the establishment consists of several faculties. The Faculty of Sport Games and Combative Sports was created in 1972. Graduates of the faculty can work as trainers on various kinds of sports at child and youth sports schools, sports clubs, schools of Olympic reserve, in national teams or schools of higher sportsmanship. They can also work in the system of secondary education as teachers of physical training at schools, gymnasium and lyceum. The faculty consists of eight departments: bicycle, skating and equestrian sport; sports games; wrestling; football and hockey; fencings, boxing and weightlifting; philosophy and history; biomechanics; theory and methodology of physical training and sports.

At the Faculty of Health-Oriented Physical Training and Tourism created on at the pedagogical faculty, they prepare personnel for improvement of health of the population of Belarus. Today, the faculty has ten departments, six of them are training. The basic qualification required is to be a teacher of physical training, but in addition to this qualification, students also receive another one, specialising in this or that department: health-improving physical training, physiology and biochemistry, anatomy, foreign languages, physical rehabilitation, medical physical training, management of sports and tourism, physical training of preschool children, the Belarusian and Russian language, sports and recreational tourism. Graduates of the faculty work in the system of the Ministry of Sports and Tourism and subordinate organisations, in educational institutions, fitness centres, clinics, tourist companies and establishments of public health services and other organisations.