38 ancient buildings to be restored or conserved by 2018

In 2012, for the first time at governmental level, Castles of Belarus state programme was adopted, aimed at restoring the iconic citadels which defended Belarus from enemies in the Middle Ages, and which have been at the heart of our culture. With their architectural beauty, they attract tourists from far and wide.

Of course, similar fortresses and palaces in neighbouring countries, such as Lithuania, also draw a great number of visitors. Build around the same period as our castles, during the times of the Grand Duchy of Lithuania, they are the focus of reconstruction.

The Castles of Belarus state programme, adopted in 2012, has been creating good conditions for preserving, restoring and making good use of historical and cultural heritage sites, with the aim of developing domestic and inbound tourism.

Nesvizh and Mir Castles have already been completely restored, with several others now gaining attention.

Works began on Novogrudok Castle in the 1920s, with the Poles conserving the ruins of Kostelnaya and Shchitovka towers. 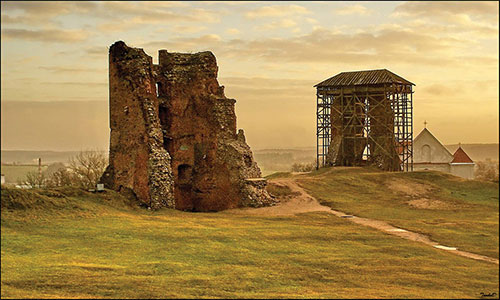 
In the second half of the 20th century, Leningrad archaeologists, headed by Frida Gurevich, undertook work, moving artefacts to St. Petersburg. In the 1990s, Kostelnaya Tower received minor restoration, with works ending prematurely. From 2008 to 2009, studies near Novogrudok revealed a large underground reservoir had been washing away the castle walls, undermining the foundations of its two towers, so that they may collapse at any time. In 2012, Novogrudok Castle again received attention, with 105 piles sunk to 11m in the foundations of Kostelnaya Tower; and a monolithic cement pillow placed between the two. Part of the tower was also restored and work is ongoing.

Research supervisor Sergey Drushchits notes that, before restoration began, he and his colleagues considered how similar buildings in Lithuania and other countries had been revived, forming a plan not only for the two towers but for the ruined citadel hidden underground, which is to be dug and exposed.

Shchitovka Tower is next to be highlighted, restored to its original appearance with the help of photos, engravings and pictures. A museum is planned for the top level, housing such items as Dutch tiles, kernels and pikes found during archaeological digs on the site.

Krevo: the mystery of Egyptian frescoes

Krevo Castle was built in the 14th century, making it the oldest in Belarus. In 1385, the Krevo Union Treaty was signed on the site — between the Grand Duchy of Lithuania and the Kingdom of Poland. The Castle was heavily damaged during the First World War and only received attention in the 1920s, from Polish specialists who strengthened the ruins of the former residence. 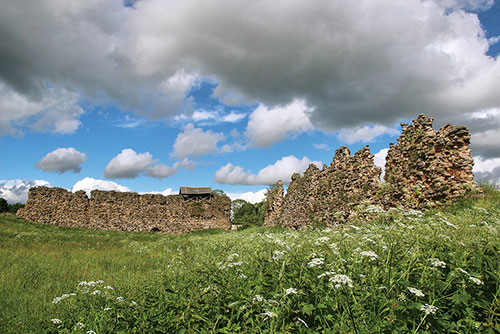 In 2012, Knyazheskaya Tower ruins (destroyed in the First World War) were excavated by archaeologist Oleg Dernovich, who discovered fresco fragments inside. He notes, “We can suppose that the frescoes were created by German masters, with whose participation the first stone castles of the Grand Duchy of Lithuania were built: in Krevo, Lida, and Miedniki (Medininkai). Until that time, there was no tradition of building of stone castles in the principality. Krevo’s frescoes are really mural paintings, being placed upon a dry surface rather than wet plaster. Unusually, they include ‘Egyptian blue’ paint: first developed in Ancient Egypt, this travelled over the civilized world. The formula was lost in the Middle Ages but was revived by Italian masters during the Renaissance. Intriguingly, chemists affirm that ‘Egyptian blue’ is the main colour in one Krevo’s frescoes, dating from the 14th century: prior to its revival in Renaissance Italy.” This fact alone is a sufficient reason for the restoration of at least some of the paintings.

The fortress in Medininkai, not far from the Belarusian-Lithuanian border, is considered to be the twin of Krevo Castle, just 45km away, and 2km from the state border. The Eastern Tower of Medininkai Castle is even called Krevo Tower. As at Krevo, Miedniki was damaged during the First World War, when Germans disassembled part of the western wall.

The site was conserved in the 1960s and was recently given some restoration, including its tower, thanks to the European Union grant of 3 million Euros. Lithuanian restorers worked professionally, leaving an obvious delineation between old constructions and the restored wall, including the ones inside the rebuilt tower: new walls were plastered but the old walls remained bare brick. Oleg Dernovich explains, “In early Gothic buildings, walls weren’t plastered at all; they applied plaster and painting only on vaults. It’s important for us to learn from our reconstruction at Medininkai, so that we can use the experience at Krevo Castle, where Belarusian experts intend to rebuild Knyazheskaya Tower.”

Bykhov: three thousand artefacts from under the ground

In 2013, Bykhov’s District Executive Committee opened a charity account, hoping to enrol sponsors and citizens in the restoration of the castle in the district centre. Built in the early 17th century by Grand Duchy of Lithuania hetman Jan Karol Chodkiewicz, it passed to the Sapega family in 1628, who rebuilt the residence. 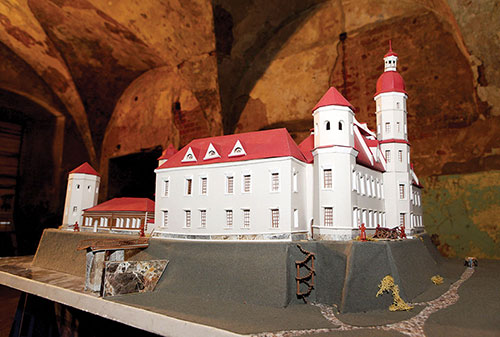 
In the 1990s, a woodshop was still standing, but was destroyed by fire in August 2004. Restoration began in 2013, following archaeological studies under Igor Marzalyuk. He tells us, “More than 3,000 items have been found, including Dutch tiles from the 17th and 18th centuries. These display various ornamental patterns, including the coats of arms of the former owners: Chodkiewicz and Sapega. Some show images of weapons of that time: kernels, a musket bullet, and a bronze tip of the scabbard of a sword. There is also a gun-cradle. The numismatic collection features over a hundred coins and is especially interesting.” The site’s restoration should be finished by 2018.

Castles already restored have completely changed local views and are sure to inspire admiration from foreign travellers in years to come. We can imagine them passing near Novogrudok or Krevo and exclaiming, “What a magical country of castles Belarus is!”

Igor Chernyavsky, Head of the Department for Protection of Historical and Cultural Heritage, at the Ministry of Culture: 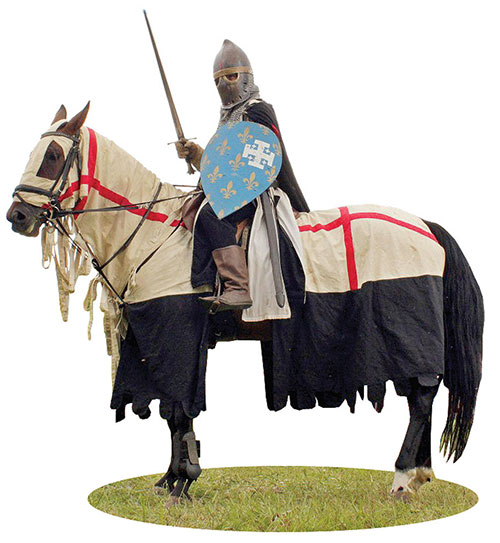 Historically, Belarus, being at the crossroads of trade and war, had to look to its defence. Accordingly, it’s no accident that our territory has a lot of defensive structures. According to archaeological studies, we had more than 120 castles in the Middle Ages, inspiring the title ‘Country of Castles’. Few remain: Mir, Nesvizh, Grodno’s Old Castle, Krevo, Novogrudok, Olshany, Smolyany, and Bykhov castles are the most known. We need to make the most of them, helping create our country’s ‘brand’. Unfortunately, it’s impossible to restore every castle in its original form. We lack documentary information and have no desire to see experts undertake guesswork. We can’t restore Olshany Castle, as we have no idea of its original height or decorative features. However, we do foresee restoration, adaptation and exhibiting of 38 castles, across four directions.

We’ll restore, reconstruct and adapt seven sites — among them the Old Castle in Grodno, Lida and Lyubcha Castles, and Kamenets Tower (already begun), as well as the grounds of Mir Castle and Nesvizh Palace and Park. We’ll be conserving seven sites with partial restoration — including Novogrudok, Krevo, and Olshany castles, and the remains of castles in Geraneny (Ivye District), in Smolyany (Orsha District) and in Bykhov. We’ll improve 19 archaeological sites, where castles were once situated; Braslav and Zaslavl castles are among them. In addition, we’ll be preserving five archaeological sites: the ancient settlements of Turov and Milograd (Rechitsa District), Glusk and Ryzhkovichi (Shklov District) and Minsk.