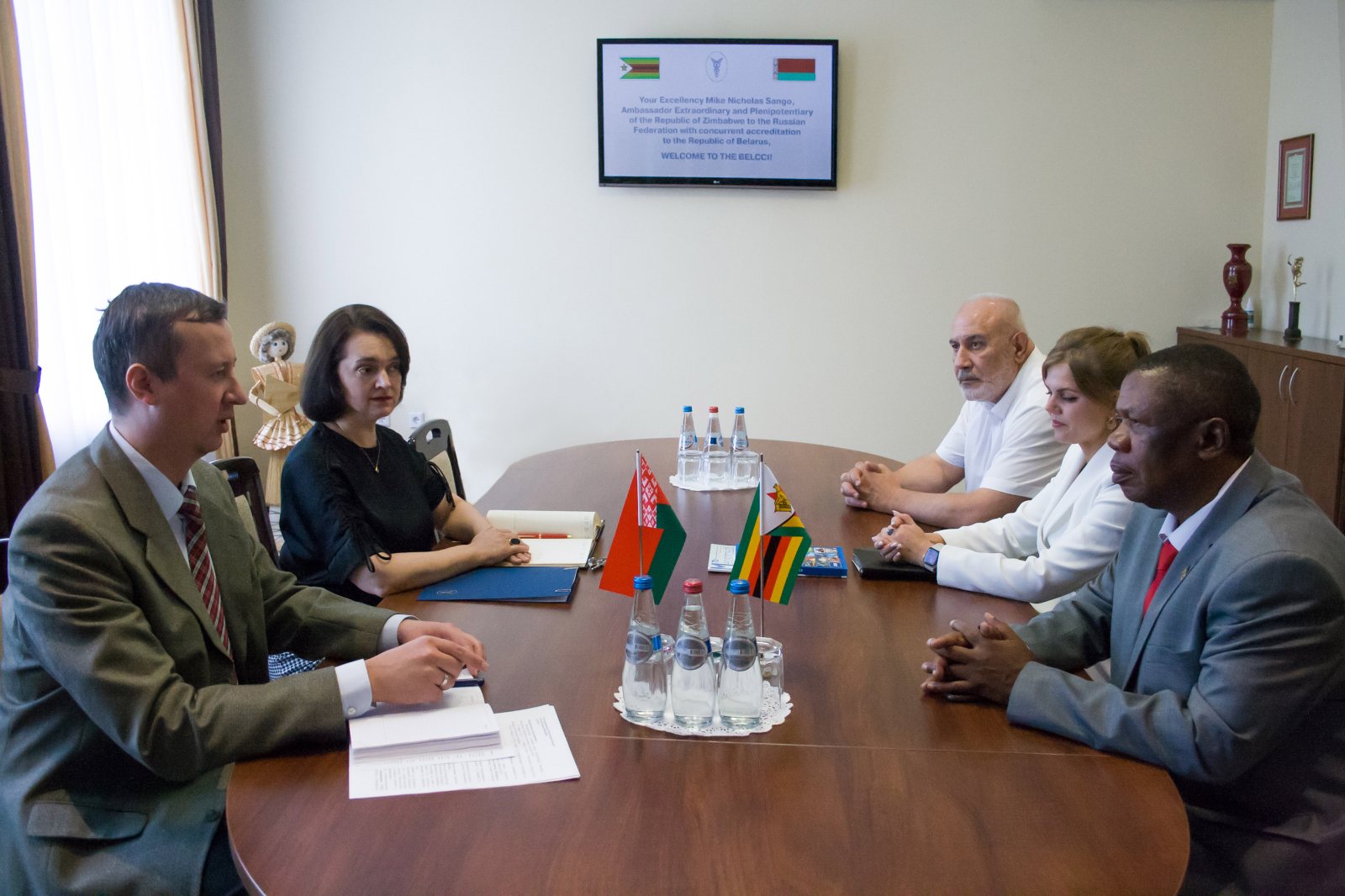 The sides summed up the results of the interaction between the BelCCI and the Zimbabwean Embassy, underlining that in recent years a unique basis has been established for the development of co-operation between the businesses of the two countries and the implementation of joint projects. Yelena Shabalina thanked Mike Nicholas Sango for his contribution to the development of contacts between the business circles of Belarus and Zimbabwe, for the active support by the embassy and the Ambassador personally of the events and initiatives held under the aegis of the BelCCI.

The Zimbabwean Ambassador expressed interest of the business community of his country in stepping up work with Belarusian enterprises, as well as the intention to continue to help promote Belarusian exporters in Zimbabwe.