The Russian Foreign Ministry’s official representative, Maria Zakharova, commented on introduction of a bill to Ukraine’s Verkhovna Rada on a special legal status of Polish citizens in the country. As she posted in her Telegram channel, this decision of President Zelenskyy is an incident of sovereignty. 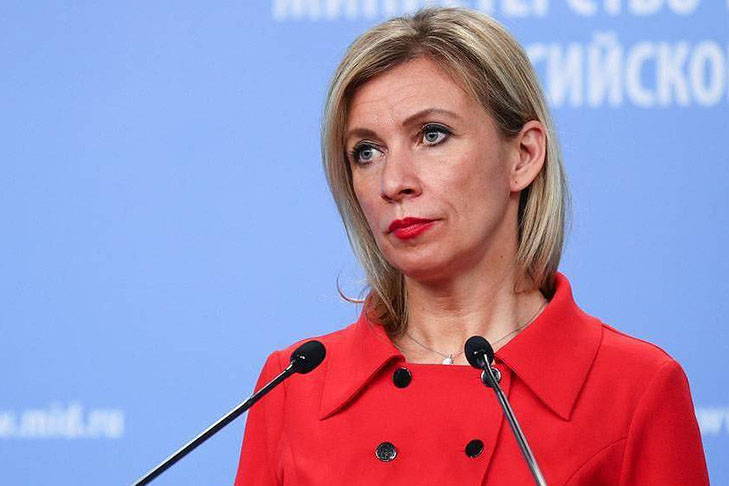 Earlier, the Ukrainian leader announced signing of an agreement with Poland, which envisages simplified border crossing. As he stated, there should be no borders or barriers between the states, since Ukrainians and Poles have not been mentally separated for a long time.

“This really rarely happens in history: Zelenskyy formalises a special status of foreign citizens – Poles – in Ukraine at a legislative level. The President of the Ukrainian state asks the national parliament to approve the special rights of citizens of another state – essentially allowing them everything. According to media leaks, the rights of Poles are to be equated with the rights of Ukrainians, with the exception of the right to vote. This is definitely an incident of sovereignty,” Ms. Zakharova said.

The Russian Foreign Ministry’s official representative added, “Not separatists, but the President of the country himself transfers rights to the citizens of another country on the territory of his state, without introducing them into the citizenship of Ukraine. If the Kiev regime is so actively throwing its independence around, then what kind of claims can the Ukrainian administration have against Crimeans?”

Mr. Zakharova believes the sovereignty of Ukraine is not a matter of concern for Kiev’s authorities. The main question accordingly is not how to preserve it, but who to give it to. “There are also secondary [questions] based on it: for how much money, how many times and how seriously to carry out integration in a form convenient for the West,” she noted, adding, “Hiding behind the preservation of its own identity, the Kiev regime is destroying it – shooting at its own people for eight years. The seizure of the country is now de facto being legalised by President Zelenskyy.”