Slonim Worsted and Spinning Factory, whose production is export-oriented, is one of the town-forming enterprises in the city and the largest light industry enterprise in the country. With the introduction of sanctions by the collective West, Slonim worsted workers had to quickly reorient their sales, thanks to which sales volumes on the foreign market did not fall — on the contrary, exports grew by more than 4 percent over the first half of the year. After the implementation of the innovative project being carried out these days at the enterprise, the possibilities for selling products will expand even more, and its profitability will increase. In the current difficult conditions, the factory is successfully operating and updating its production. 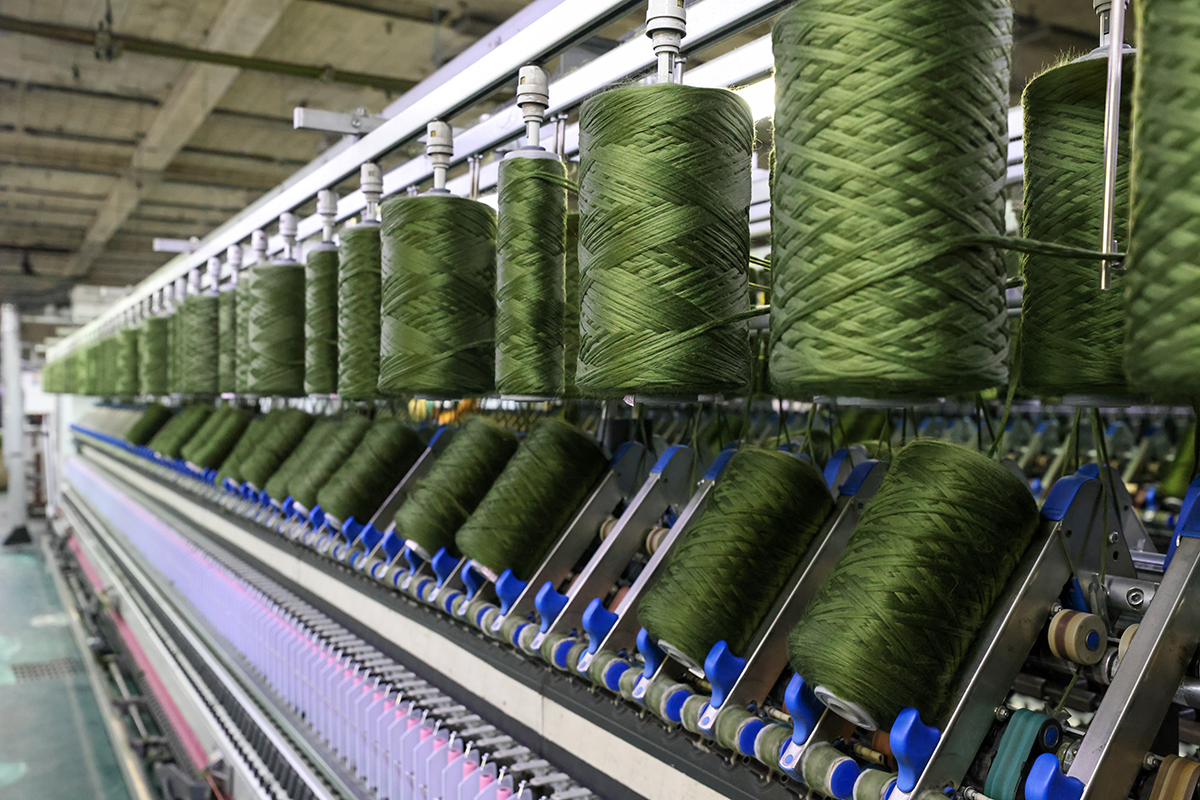 It’s time to develop and change

Despite the fact that the global light industry market is oversaturated with products, including in neighbouring countries, Slonim Worsted and Spinning Factory manages to compete successfully. Its director Valentina Murashko is primarily concerned with the sale of manufactured goods, “Almost 85 percent of our products are exported. Prior to the imposition of sanctions, the company shipped yarn to ten countries, including five EU countries. Now Russia remains our main strategic partner. As a result of the expansion of the Russian geography, we managed to avoid a decrease in export positions. For the first half of the year, exports amounted to 104.1 percent, we received a positive balance in foreign trade — $4,124,000. The implementation of the innovative project will allow us to bring our yarn to the level of world standards so that we can successfully sell products to Uzbekistan, Iran, and the United Arab Emirates.” 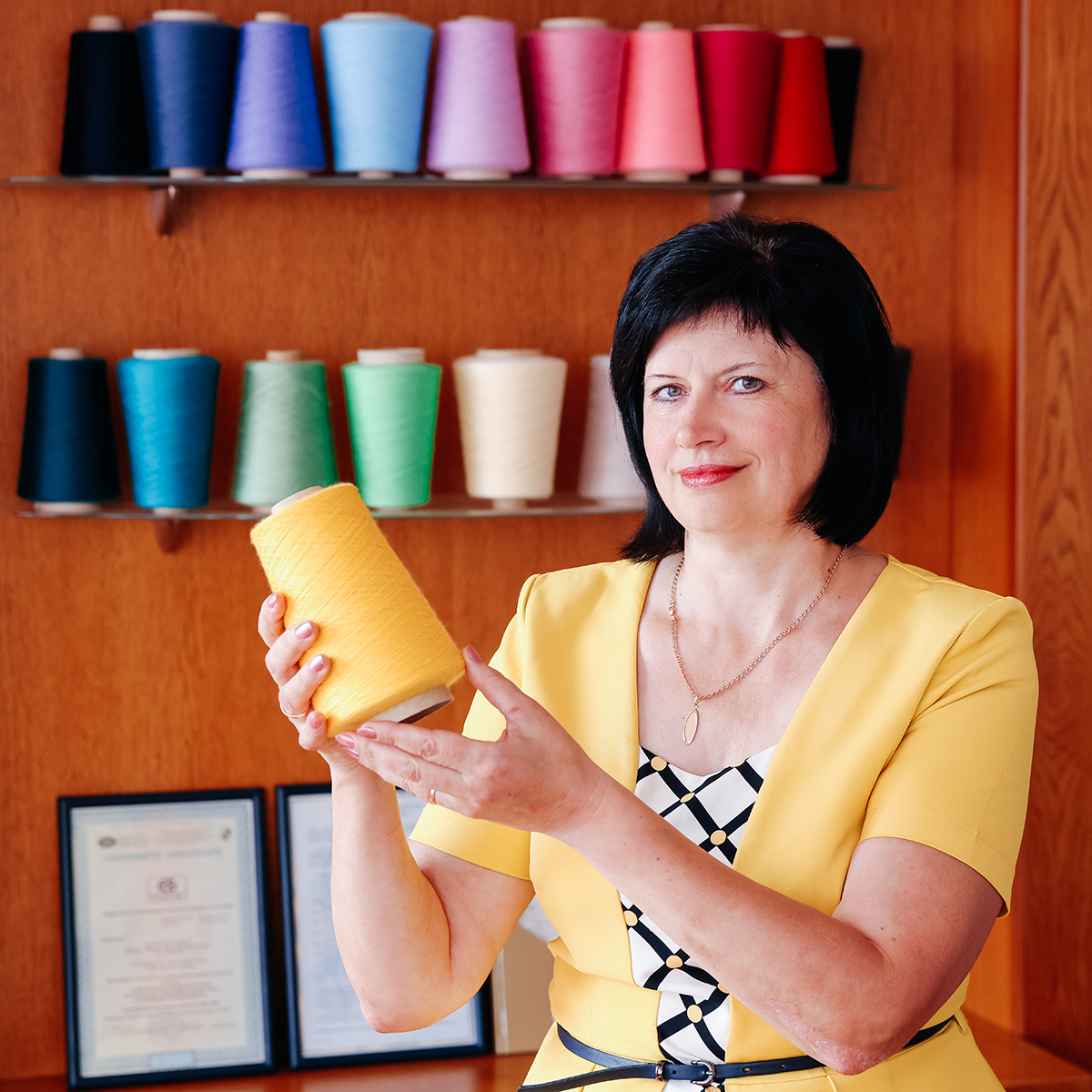 Director of the enterprise Valentina Murashko
Slonim Worsted and Spinning Factory will celebrate its 45th anniversary this year. This is the only operating enterprise out of five typical ones built simultaneously in the USSR, which specialised in the production of worsted yarn. Over the decades, a difficult and thorny path of transformation and modernisation of production has been passed. These days, the implementation of the project called ‘Organisation of the production of innovative multi-component and single-component yarn of multifunctional properties based on flexible technology using new generation fibres’ is in full swing here.
“The implementation of this project, first of all, will make it possible to produce a new type of yarn. As a result, we plan to receive 375 tonnes more yarn, which will allow us to earn about 16 million rubles. We currently produce up to 1,800 tonnes, so this is a good additional volume. Last year, a complex of Italian dyeing equipment worth almost €1.500,000 was purchased. The introduction of new technologies for dyeing chemical tow and staple fibre into production will make it possible to expand the colour gamut of yarn from chemical fibres with an even colour in finished form. This will allow obtaining a product with high added value, as well as expanding the sales market. While construction and installation work is underway, we are expecting the arrival of Italian specialists for commissioning soon. We also received a low-numbered stranding machine and a reed-twisting machine worth almost €300,000. We are waiting for new winding machines made in Italy, we expect that the issue of delivery will be resolved in the near future,” emphasises Valentina Murashko.
The project provides for the purchase of another 16 units of new technological equipment. It is carried out in four stages, the total cost is €9.100,000. Funding comes from several innovation funds. The implementation of the project will ensure the introduction of 40 jobs. Now the worsted-spinning factory employs 654 people.

It is noteworthy that the company earns not only by output. For many years, the boiler house brought a certain income for it. More than 60 percent of Slonim consumers receive heat thanks to the Worsted and Spinning Factory heat source. 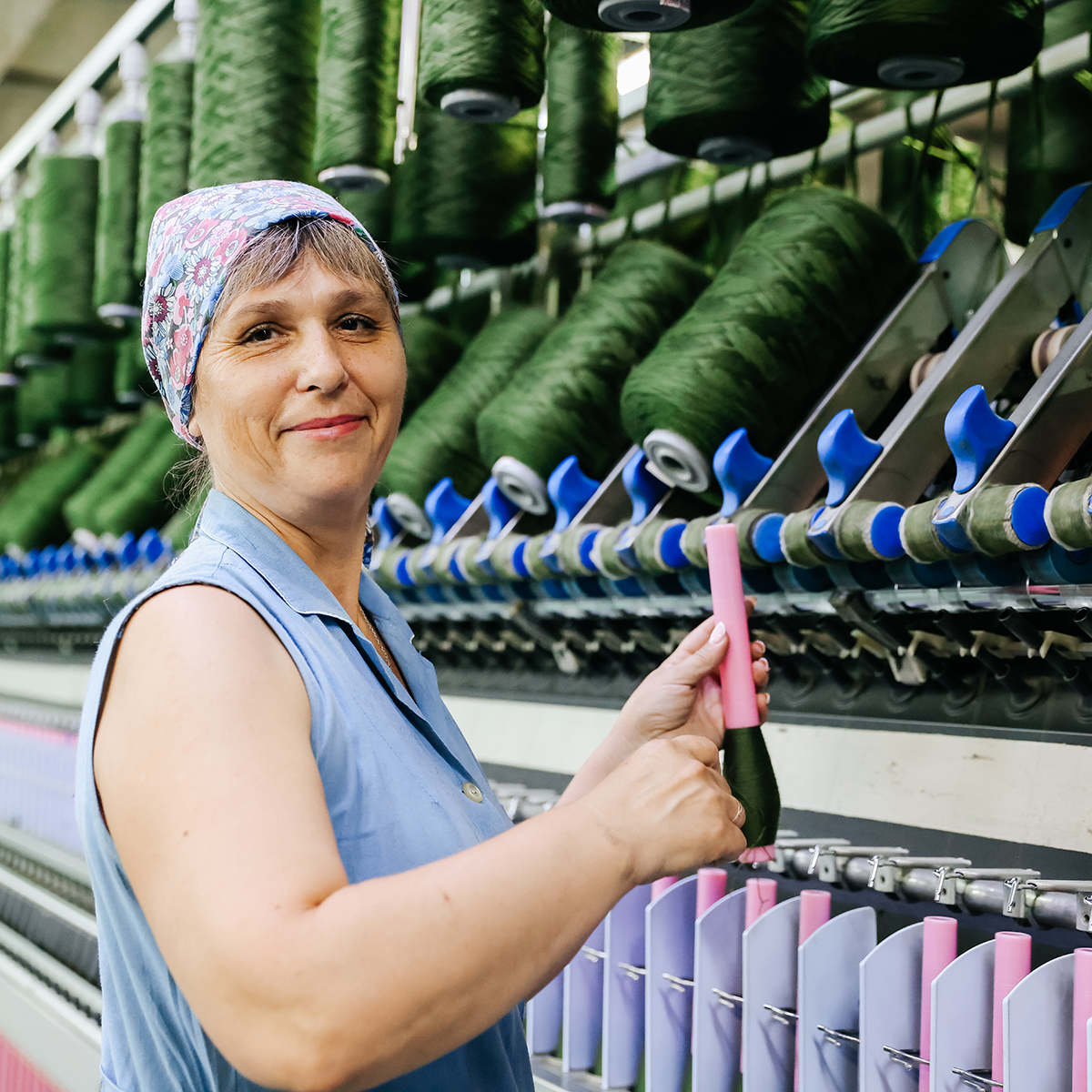 Yarn remover Larisa Timoshova
“In 2023, the city plans to commission a new heat source, after which our boiler house will stop working. This also influenced the decision to develop and implement an innovative project. Innovations will prevent a drop in production volumes. Also, our company has a block station that generates electricity, 80 percent of it goes to our own production, 20 percent is sold to the Volkovysk Electric Networks branch,” specifies the director.
The success of any enterprise depends on the professionalism and responsible approach to the work of each employee. Nina Tikhanchuk is one of the most dedicated professionals.
The worker recalls, “I came to the enterprise as a simple worker after graduating from a technical school in 1977 and just fell in love with this production. Over time, I graduated from the Moscow State Textile University. Now I run a spinning shop. We produce knitting and weaving yarn on these machines, although in Soviet times the factory specialised exclusively in the production of woollen yarn. Now we are adding various threads — viscose, nylon, linen, which allow us to produce more advanced products. We strive to innovate to stay competitive. After technical re-equipment, 132 people are involved in my workshop. Machines have become more productive and easy to maintain. Although it must be admitted that the work is still quite difficult, given that the company operates in three shifts.”
Head of the reed-twisting-winding shop Aleksandr Grigorchik is a valuable talent. In 2018, he personally supervised the commissioning of two new machines. However, according to the assurances of the specialist, even Soviet-era equipment is still in full swing. 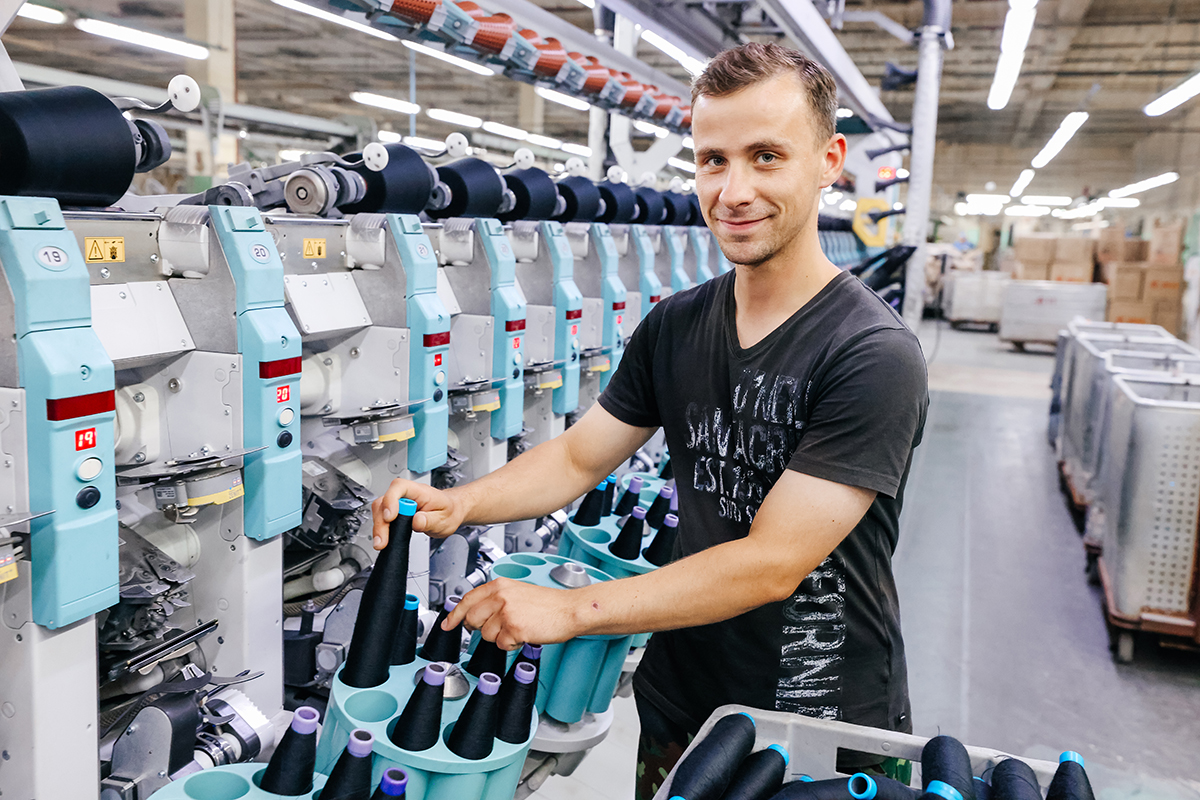 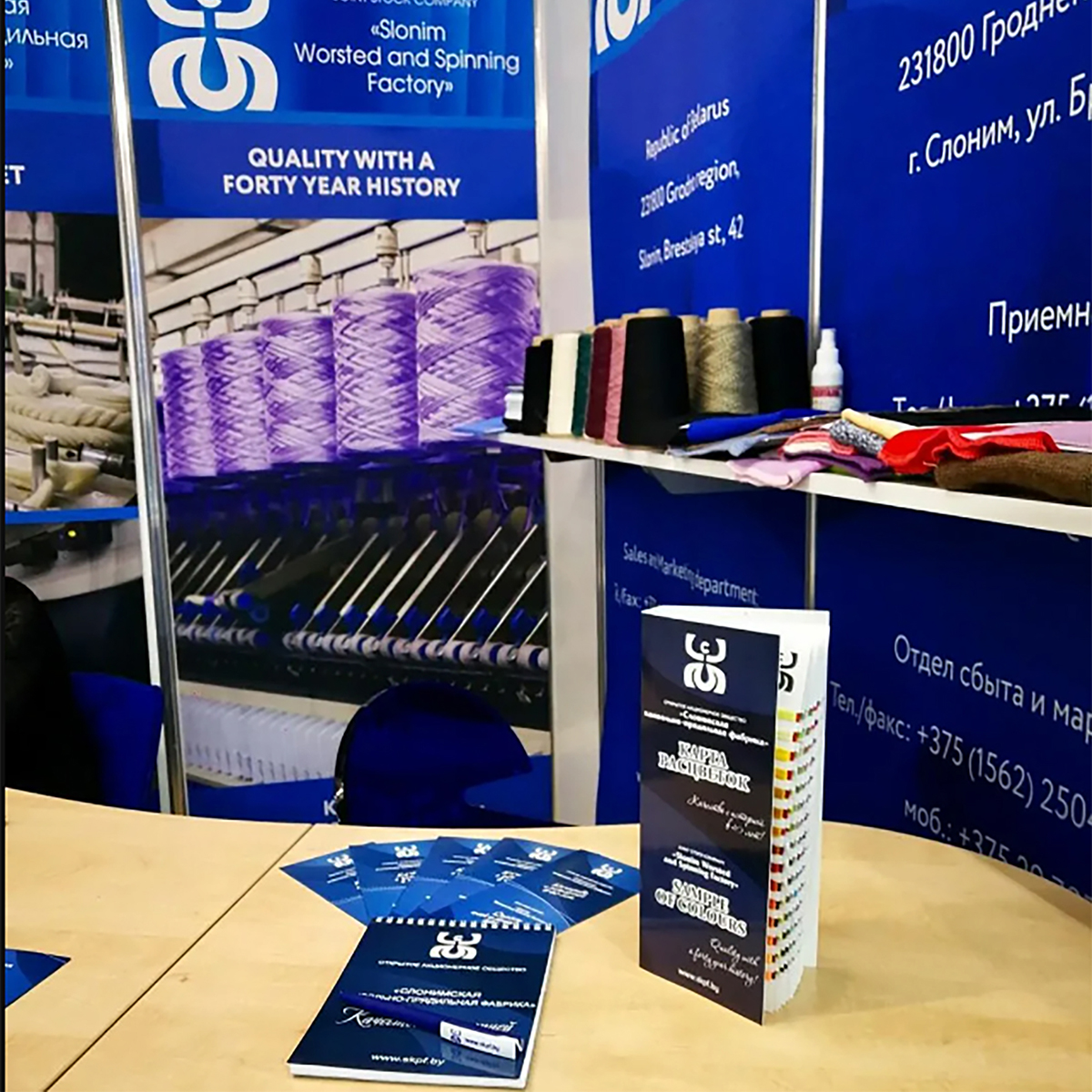 Innovative yarn will expand sales markets
“Not a single unit is idle. Everything is spinning and operating. I have been working since 2010, I came as a senior foreman, and for two years now I have been heading the shop. There are enough large factories and enterprises in the city, but I got here by the will of fate. More than ten years ago, I knew little about the textile industry, but today I can’t imagine what else I could do in my life except that. People have recently begun to actively come, and we are happy to teach new staff. It happens that a student becomes a full-fledged employee in a month. Now 126 people are involved in the workshop. The main part of the team is women: responsible, diligent and sociable. All emerging issues are considered on an individual basis. In general, I am satisfied with my team,” says Aleksandr Grigorchik.
The young worker Ivan Migulin is also glad that he got to the factory.
“I have almost a year in profession. I invite my friends here too. Our production is just fascinating. I mastered the whole process in three months of training, and if something is not clear, there is always the opportunity to consult with the old-timers of the enterprise. The people here are great, so I always go to work with a good mood. In the city one can hear only good reviews about the factory. I don’t see the point in going to distant lands for a better life, when everything is here: a stable income, a good social package, an opportunity to make a career,” a 25-year-old Slonim resident says with a smile.