A wreath-laying ceremony in honour of Belarus’ Independence Day and the 78th anniversary of the country’s liberation from Nazi invaders has taken place today in Moscow, at the Tomb of the Unknown Soldier at the foot of the Kremlin Wall. As reported by BelTA, wreaths to the Eternal Flame were laid on behalf of the Embassy of Belarus in Russia and the Standing Committee of the Union State. 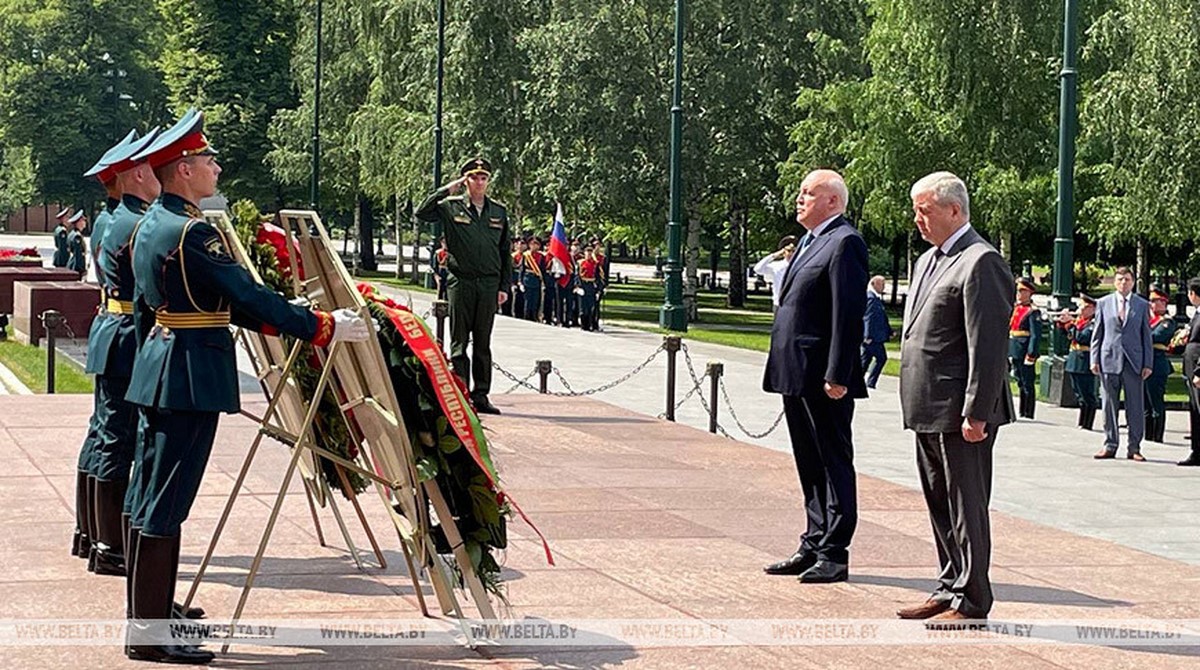 The solemn ceremony was attended by Ambassador Extraordinary and Plenipotentiary of Belarus to Russia Vladimir Semashko, State Secretary of the Union State Dmitry Mezentsev, Chairman of the Board of the Eurasian Economic Commission Mikhail Myasnikovich, Deputy Speaker of the Federation Council of Russia’s Federal Assembly Yuri Vorobyov, Executive Secretary of the Parliamentary Assembly of the Belarus-Russia Union State Sergei Strelchenko, representatives of integration organisations, the Belarusian diaspora, and diplomats.

The ceremony participants also laid flowers at the Hero City Minsk and Brest Hero Fortress memorial signs at the alley of hero cities in the Alexander Garden. A solemn march of the Honour Guard Company accompanied by a military band closed the ceremony. 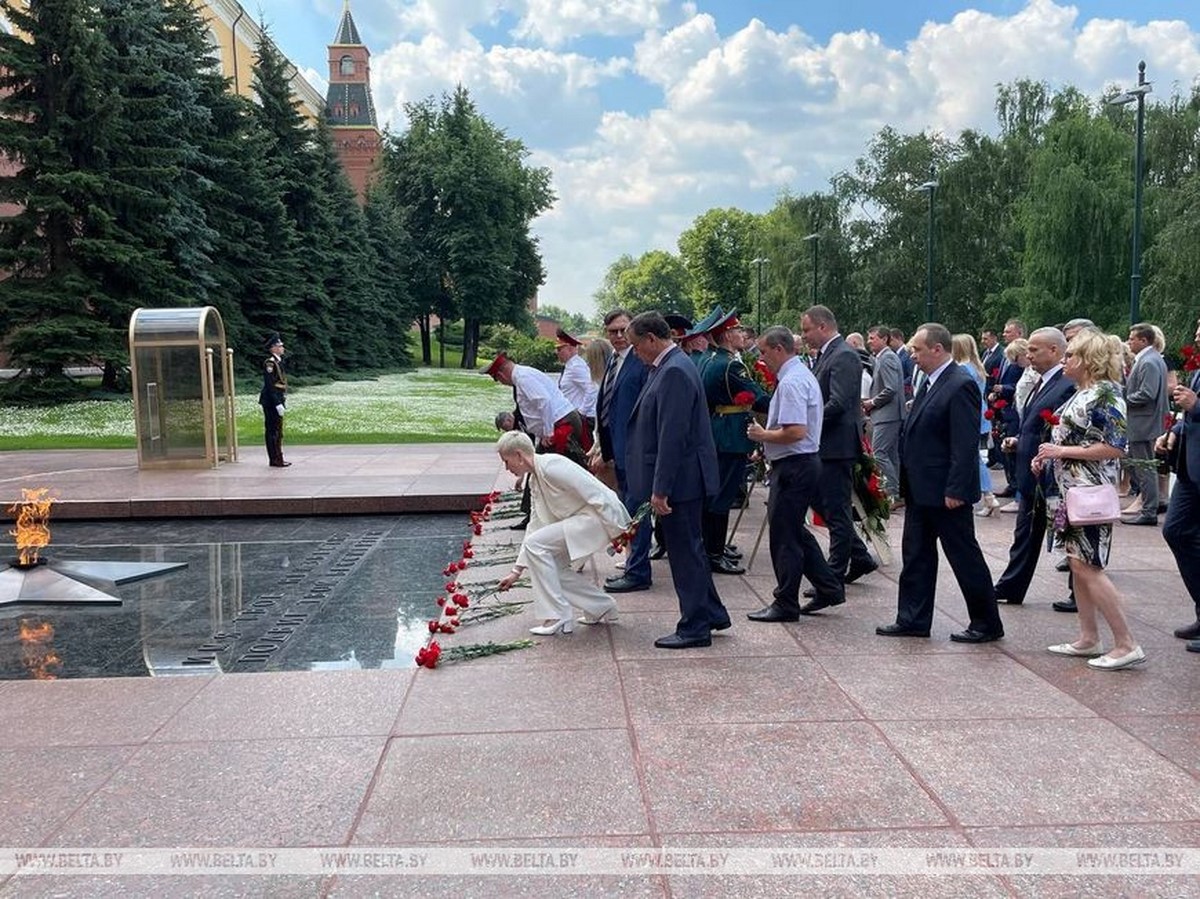 “The day of liberation is a holy holiday for Belarus. On July 3rd, 1944, Minsk was liberated as a result of the brilliantly preformed Bagration campaign and, since then, this date has been significant for us. Later, we approved our main holiday – Independence Day – to be celebrated on this day, since it was during the Great Patriotic War that the question of whether Belarus would exist was decided," Vladimir Semashko noted. 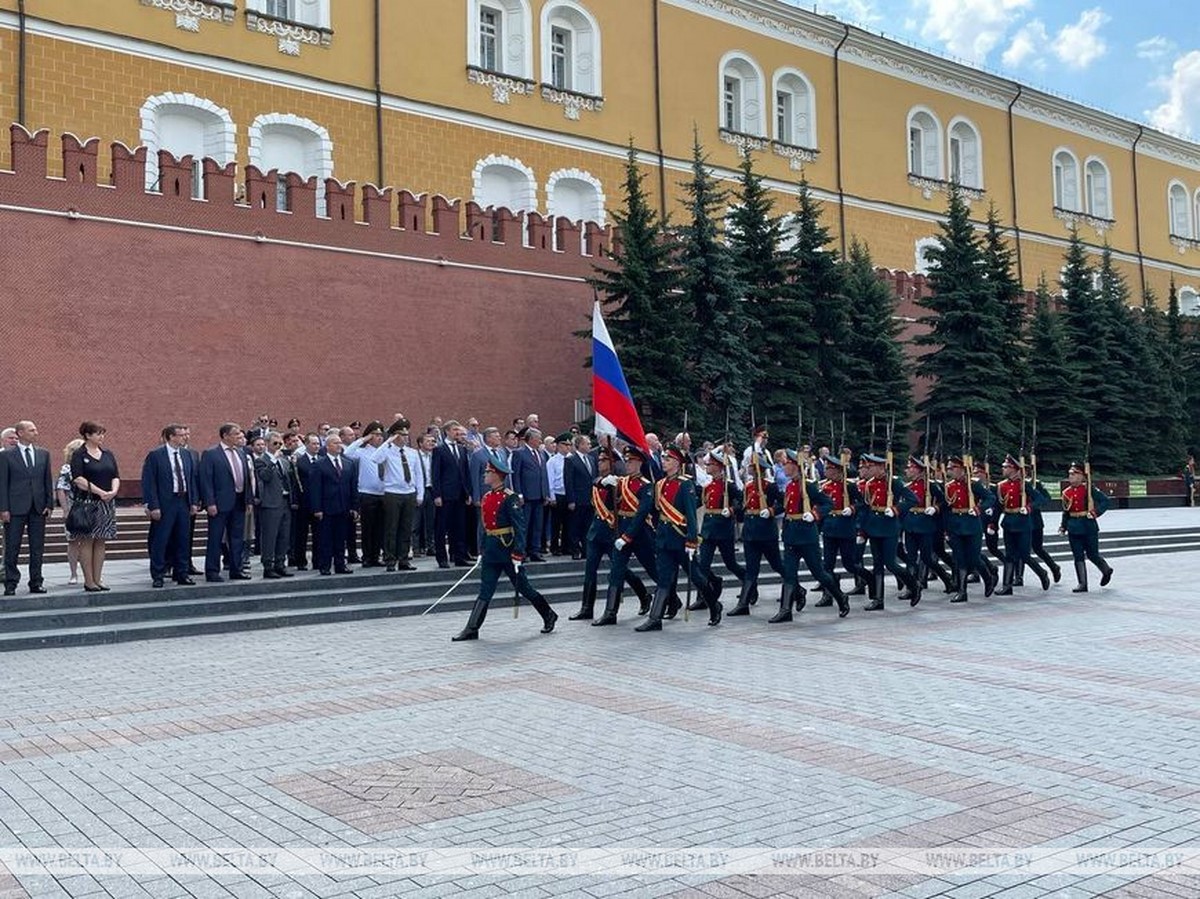