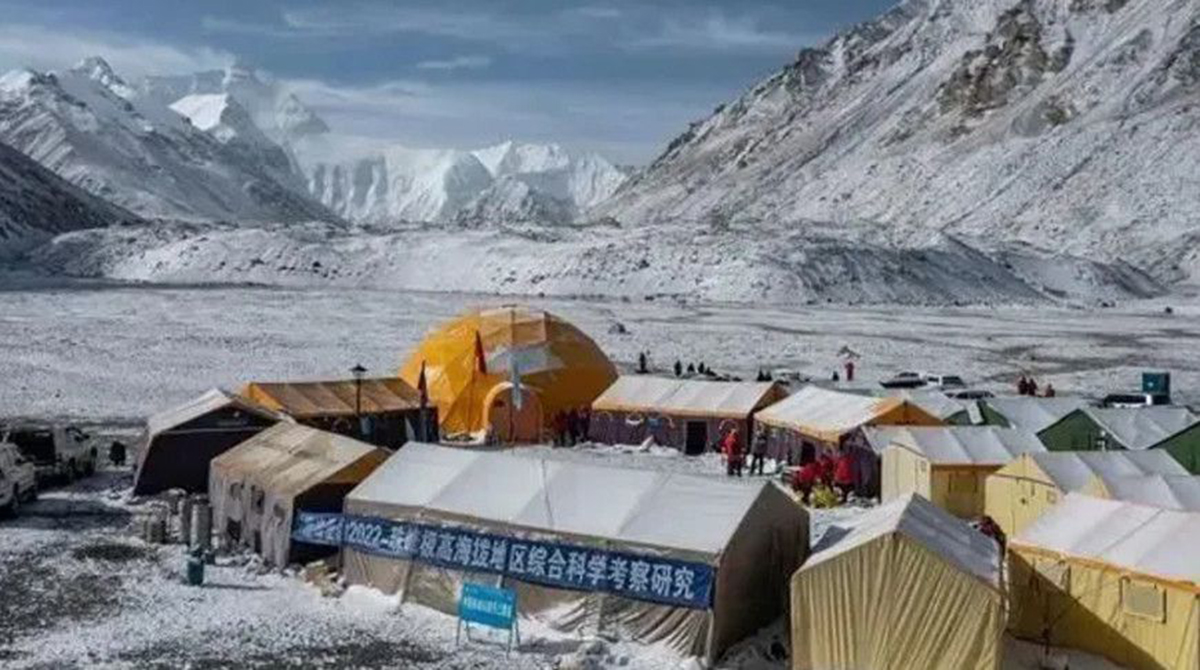 A Chinese expedition team led by scientists has established the world’s highest weather station on Mount Everest at an altitude of 8,830 metres above sea level. The team successfully tested the automatic station and conducted a transmission to show that the system is working on the frigid summit.
Powered by solar panels, the station is designed to last for two years under harsh weather conditions and is equipped with a satellite communications system for data transmission. According to Xinhua News Agency, the radio station has been coded to transmit every 12 minutes.
The new station overtakes the previous world record made by the British and US scientists, when they established a weather station on the south side of Everest at an altitude of 8,430 metres. China has already established three meteorological stations on the north side of the mountain at 7,028, 7,790 and 8,300 metres.
Beijing now has seven such stations that are operating between 5,200 and 8,300 metres. According to reports, the equipment required to set up the station weighs around 50 kilograms and was dismantled to be carried to the peak. The station will obtain data from the surrounding area, filling the gap in the meteorological record of the world’s ‘third pole’.
The expedition was conducted under Earth Summit Mission 2022.

Based on the materials of www.indiatoday.in