Cambodian villagers on the Mekong River have caught what researchers say is the world’s biggest freshwater fish ever recorded, a stingray that weighed in at about 300kg, and took around a dozen men to haul to shore 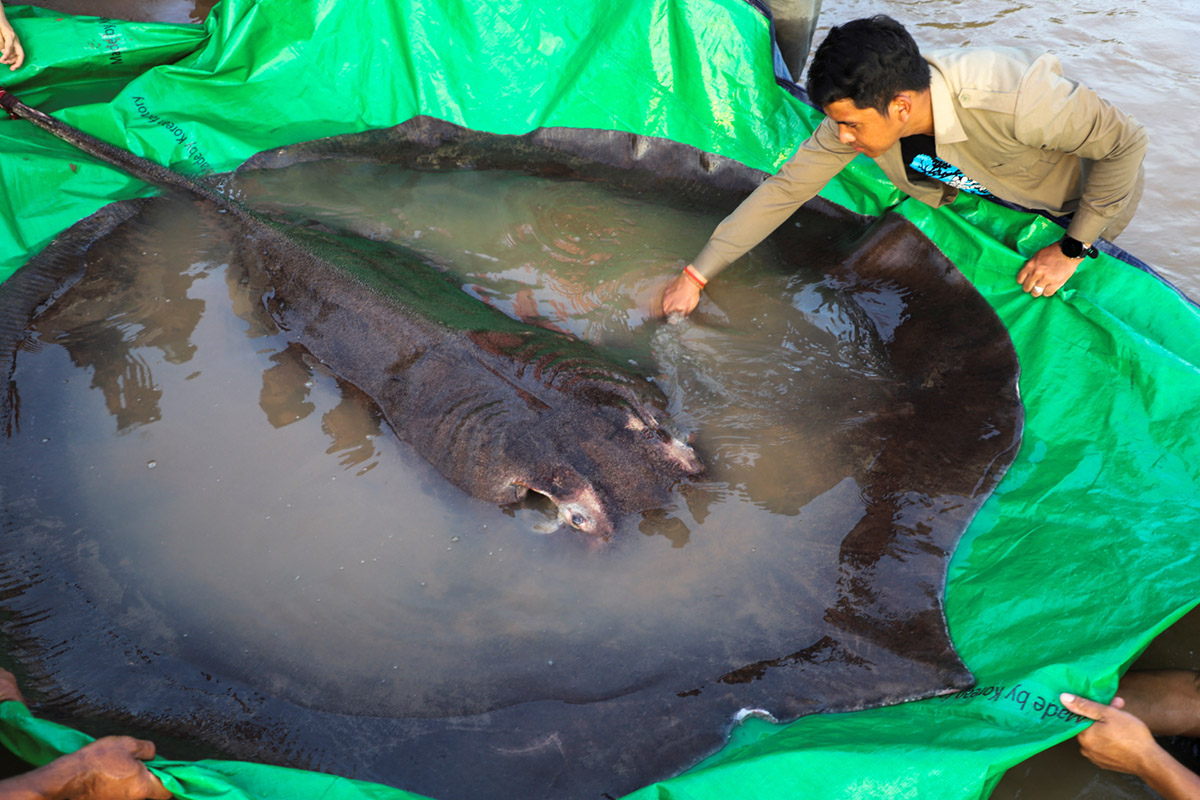 Named Boramy — meaning ‘full moon’ in the Khmer language — because of her bulbous shape, the four-metre female was released back into the river after being electronically tagged to allow scientists to monitor her movement and behaviour.
“This is very exciting news because it was the world’s largest (freshwater) fish,” said biologist Zeb Hogan, ex-host of the Monster Fish show on the National Geographic Channel and now part of Wonders of the Mekong, a conservation project on the river.
“It is also exciting news because it means that this stretch of the Mekong is still healthy.... It is a sign of hope that these huge fish still live (here).”
Boramy was netted off Koh Preah, an island along the northern Cambodian stretch of the river. She took the record from a 293kg giant catfish that was caught upstream in northern Thailand in 2005.
After a fisherman hooked the stingray — an endangered species — he contacted Wonders of the Mekong, which helped tag the ray and release it back into the river.
The Mekong has the third-most diverse fish population in the world, according to its River Commission — though overfishing, pollution, saltwater intrusion and sediment depletion have caused stocks to plummet.
Stingrays in particular have been vulnerable to these changes, with mass death events, despite conservation measures in place including fishing restrictions and river guards, according to Wonders of the Mekong.

Based on the materials of www.weforum.org