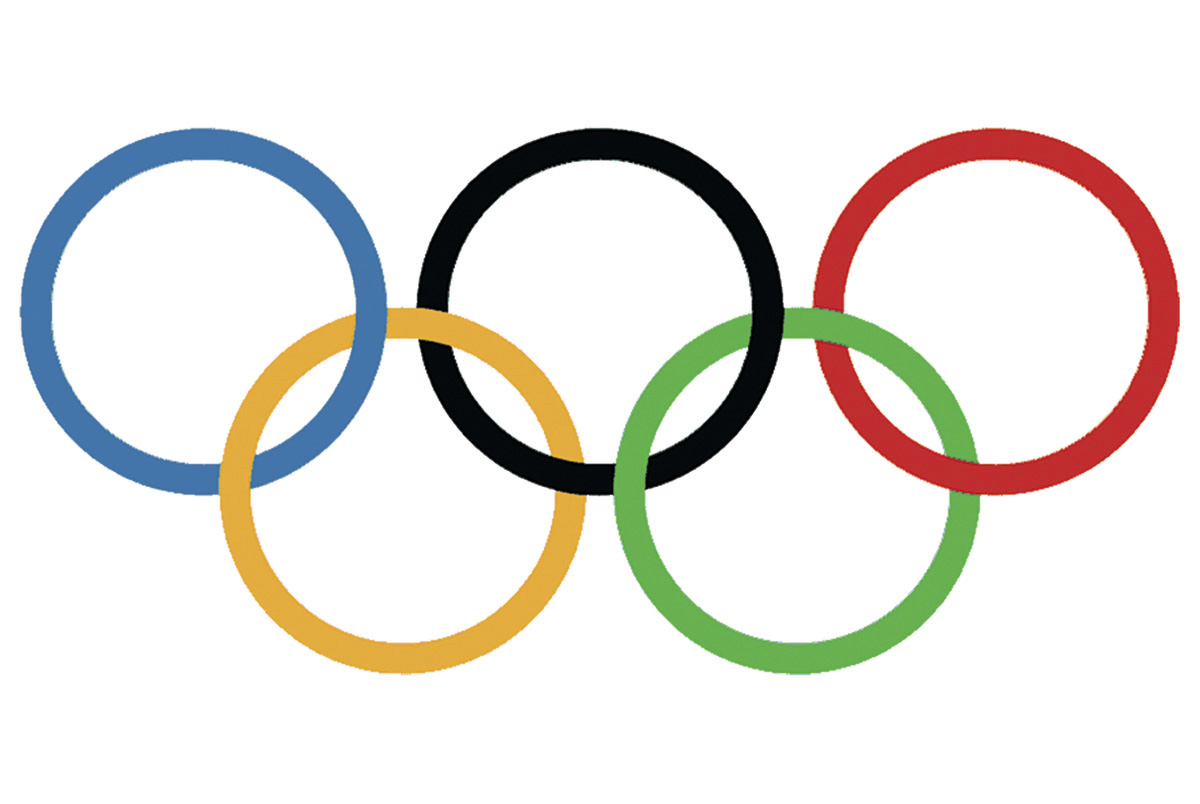 Results of Beijing 2022: good, but not enough


That’s it then, the ball is over, the Olympic flame went out: for 17 days, the 2022 Games in Beijing kept the entire world in suspense, made us cry and laugh, made our nerves as tight as strings, deprived us of sleep and rest. On Sunday, the ‘Bird’s Nest’ stadium hosted a colourful and solemn closing ceremony, which put an end to the grandiose sports event. The Belarusian national team has two silver medals — in biathlon and aerials, which were won by Anton Smolski and Hanna Huskova. Well done! 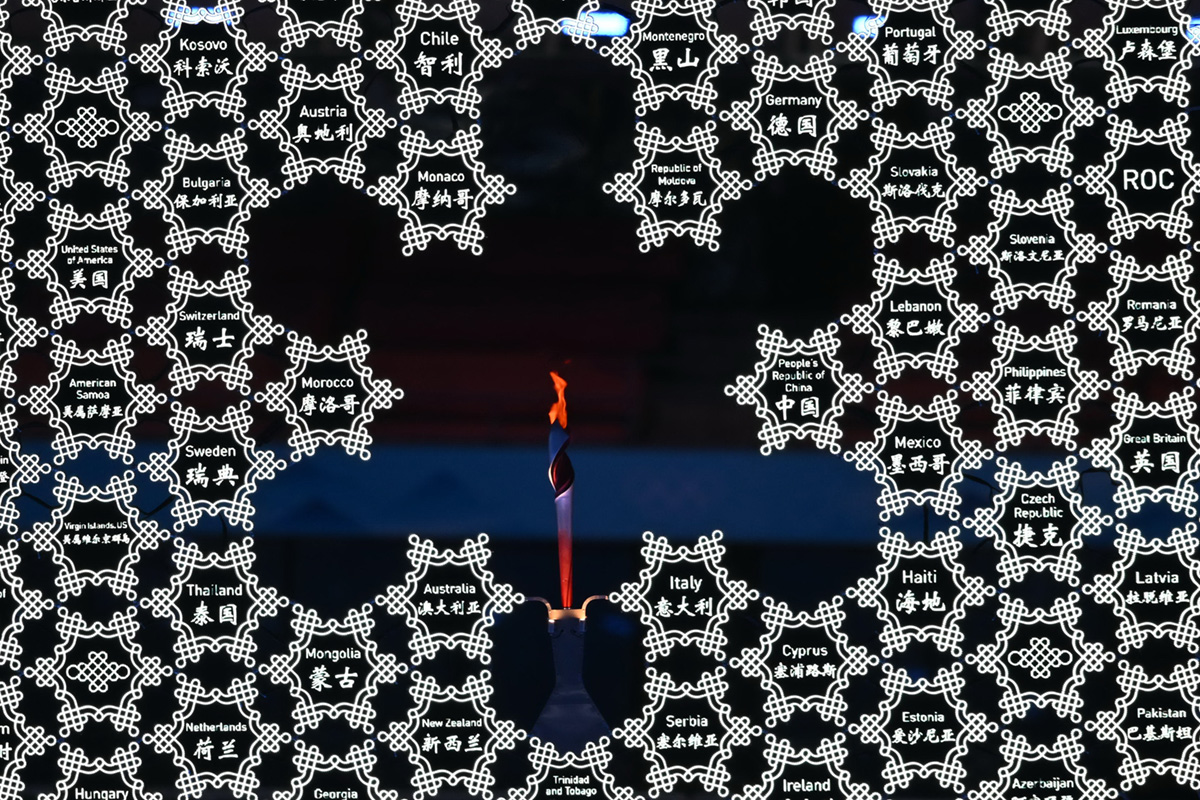 The final chord of Beijing 2022 sounded on the ice arena — the final competition in the Olympic program, according to the tradition, it was the final of the hockey tournament. Due to the pandemic and the National Hockey League’s ban on the participation of its players in the Olympics, the competition was not as bright as expected, but there were still a lot of beautiful and intense fights. It is unlikely that anyone will doubt that the  strongest came together in the final — the national teams of Finland and Russia performed better than others in Beijing. In the decisive match, the Finns turned out to be a little more successful. They became champions for the first time in their history. The Russian team have the second place. Pavel Kornaukhov, a trainee of the Minsk ‘Youth’ club won silver medal among them. 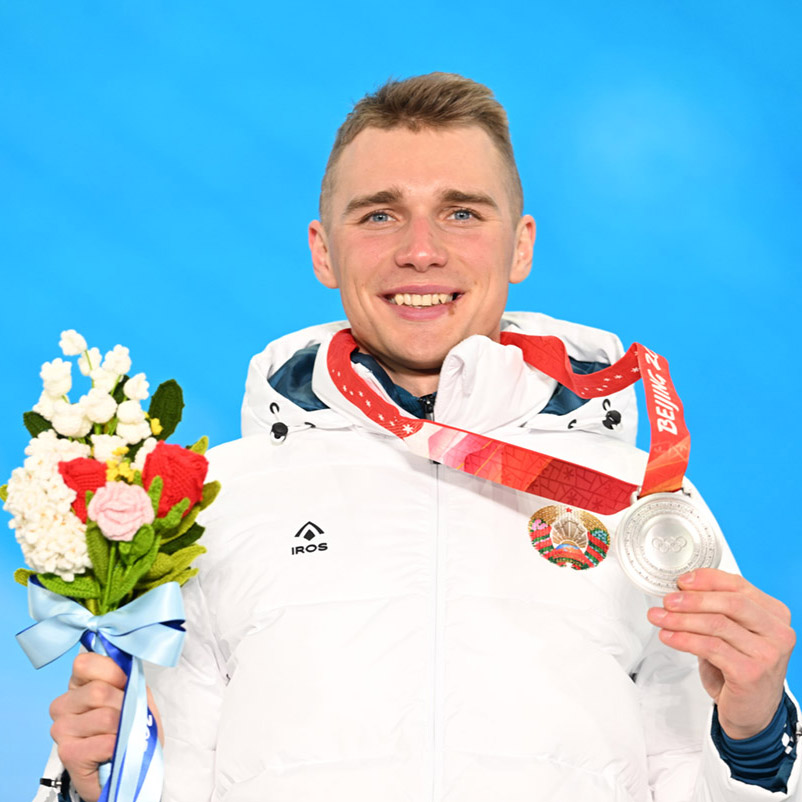 The third place of the Slovaks, who sensationally defeated the Swedes in the bronze medal match — 4:0. One could say: we should have been in their place! The memories from August 2021 are still fresh. When in the qualifying tournament in Bratislava it was the Slovaks who stood in the way of the Belarusian team to Olympic Beijing, defeating our team in a decisive confrontation with a score of 2:1. However, the bronze of the Games was won by 14 people from that line-up! Including two representatives of Dynamo Minsk: goalkeeper Patrik Rybar, who was recognised as the best goalkeeper of the tournament, and forward Libor Hudacek. 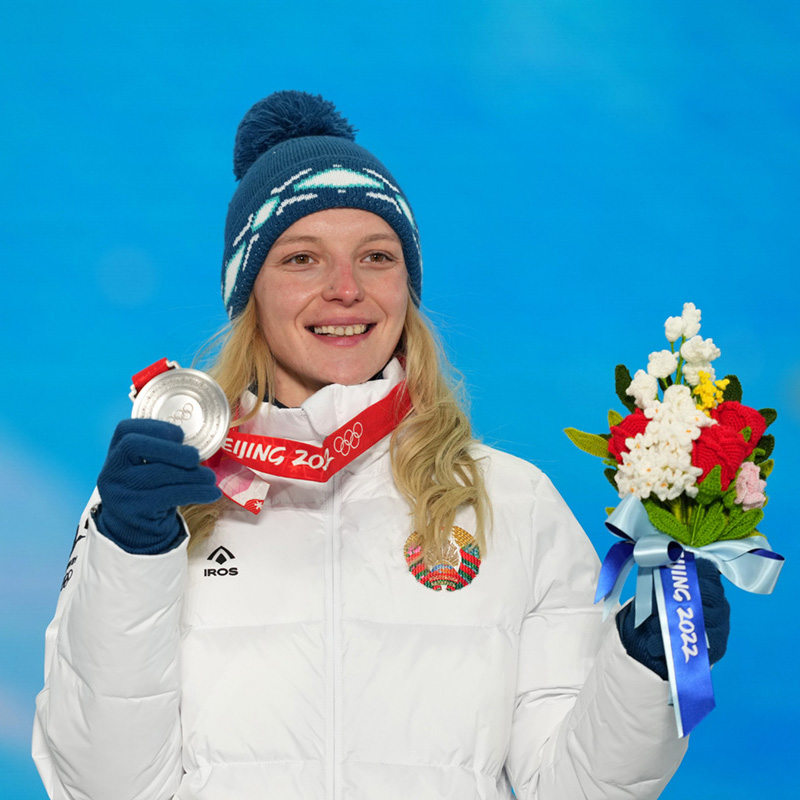 Belarusian athletes took part in five types of the sport: biathlon, freestyle, figure skating, speed skating, and skiing. Traditionally, shooting and ski jumping were among the leaders. An interesting fact: after the medal of Anton Smolski, the Belarusian biathlon came in second place in terms of the number of awards won at the Olympics among summer and winter sports. Now biathletes have 11 medals. Further ahead is only athletics, whose representatives climbed the podium 15 times. Furthermore, the silver of Hanna Huskova brought the number of Olympic successes of the Belarusian freestylers to eight, and now ski acrobats have come close to the kayaking and canoeing team, which has 9 awards. So here they are, the Belarusian Olympic leaders who should be looked up to and who we should be proud of!
The performance of representatives of speed skating and figure skating in Beijing should be also appreciated. Yes, there were no medals, but the progress in the results is obvious: the 6th place for Ignat Golovatsiuk at a distance of 1,000 metres and the 7th position for Maryna Zuyeva in the mass start allow us to evaluate the performance of our runners on the Olympic tracks as quite worthy and look with optimism to the future. As many as five Belarusian athletes won the right to compete in Beijing, which has never happened before, and this is far from the limit — a whole galaxy of talented young people are growing up on the oval of the Minsk Arena, who can very soon make a loud statement about themselves. For once, Belarusian sports fans got the opportunity not only to enjoy the beauty of figure skating but also to sincerely worry about the representatives of their native country: Belarusians have not been on the Olympic ice for 16 years! The 20th place of Konstantin Milyukov and the 13th of Viktoriia Safonova, of course, cannot be called such a big breakthrough, but the fact of the very participation of two athletes in single skating is gratifying. As they say, the first step is the hardest! Perhaps only the skiers, whose performance turned out to be, to put it mildly, messy, will not be able to take credit of the 2022 Games. It was planned that Anastasia Kirillova, Anna Koroleva, Alexander Voronov, and Yahor Shpuntau would perform in Beijing, but for various reasons (including the ill-fated omicron), only Shpuntau took part in the races. Without much success: in the 15 km time trial in the classical style, he became 68th, in the sprint qualification — 53rd. 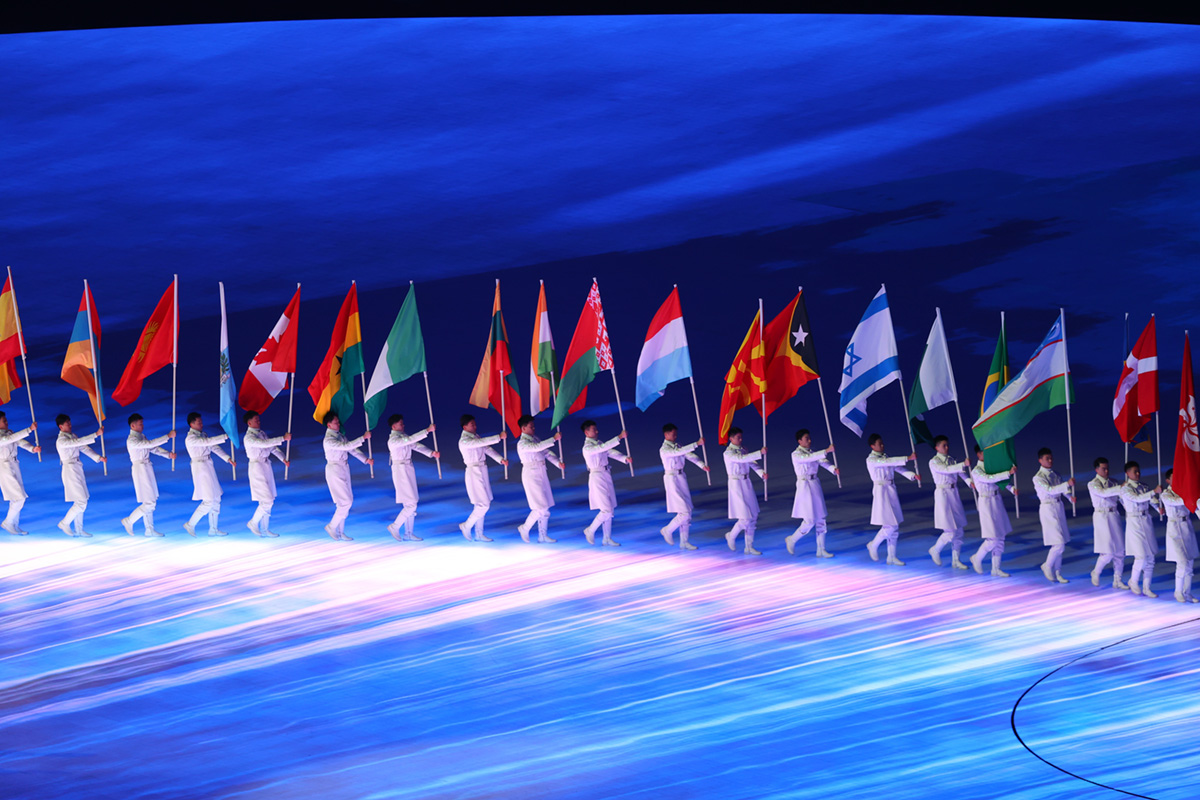 Those are the short results.
One could, of course, expect more from the Belarusian team in Beijing 2022, but two silver medals are also by no means a respectable result among Ukraine, Estonia, Latvia, and Poland, which closed the overall medal standings, with only one bronze medal each.
Now it’s time for a deep analysis and for correction of the mistakes. Four years later, the Olympic flame will flare up again — the Games will embrace the Italian Milan and Cortina d’Ampezzo. We have something to look forward to and something to dream about. We believe that Dzinara Alimbekava and Hanna Sola will gain their skills even more and become real heroines of the 2026 Olympics, having rehabilitated from the current lack of medals. Alina Pilchuk will grow up and reach the world level. 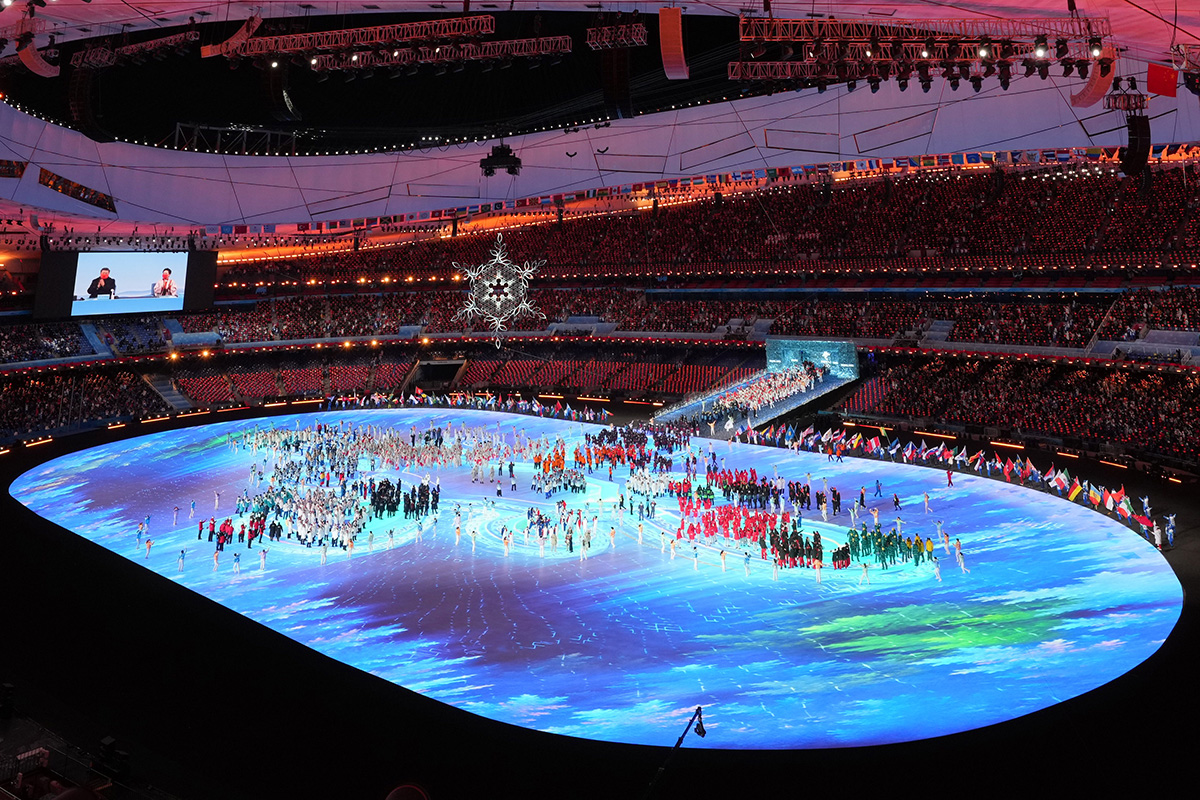 Anton Smolski will be on the rise and run as well as the Frenchman Quentin Fillon Maillet, and new heroes will grow up after — fast and accurate. Our youth will flourish in freestyle, where representatives of Belarus have not been left without awards since 1998. For the first time since Lillehammer 1994 — the speed skaters will continue to gain speed and whist and, finally, they will give the country a medal. And, of course, hockey players will hold their ground and will be able to pave their way to the Olympic dream. There are all necessary preconditions for this to happen. So we say goodbye to Beijing 2022 and look forward to the next sports fairy tale: four years will pass quickly and seamlessly. 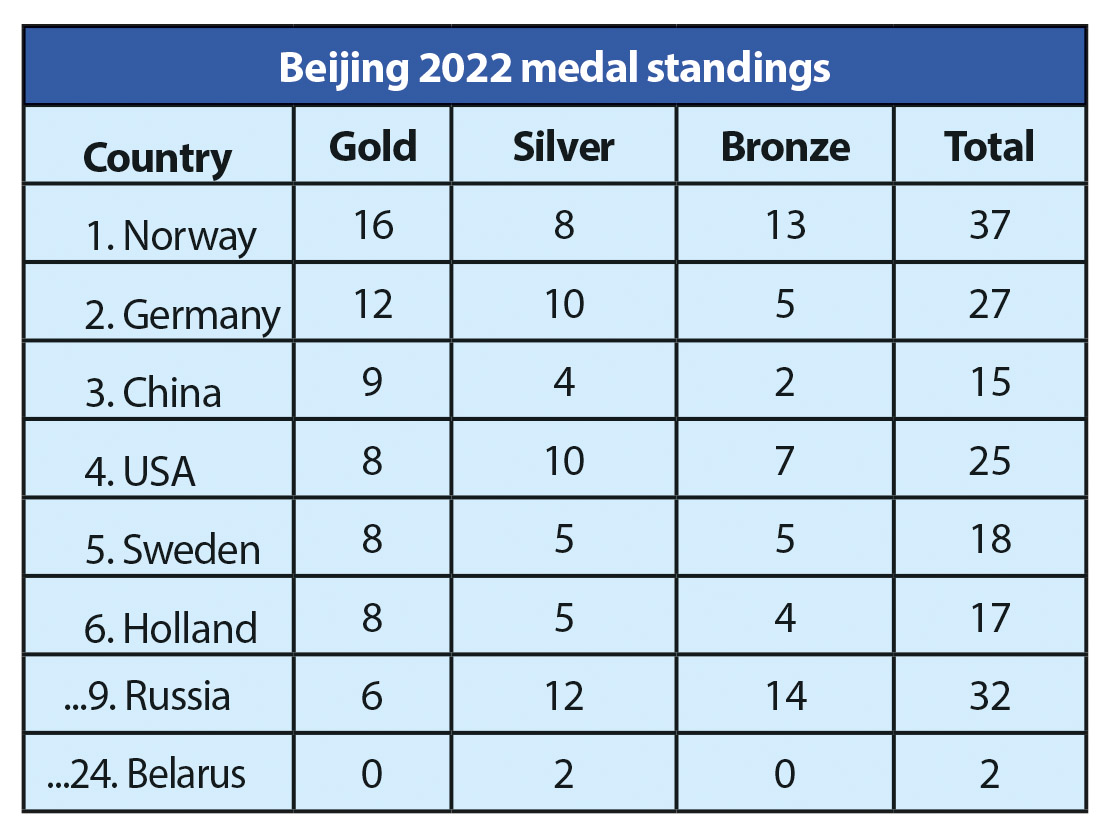