Biathletes are preparing for the start of the season 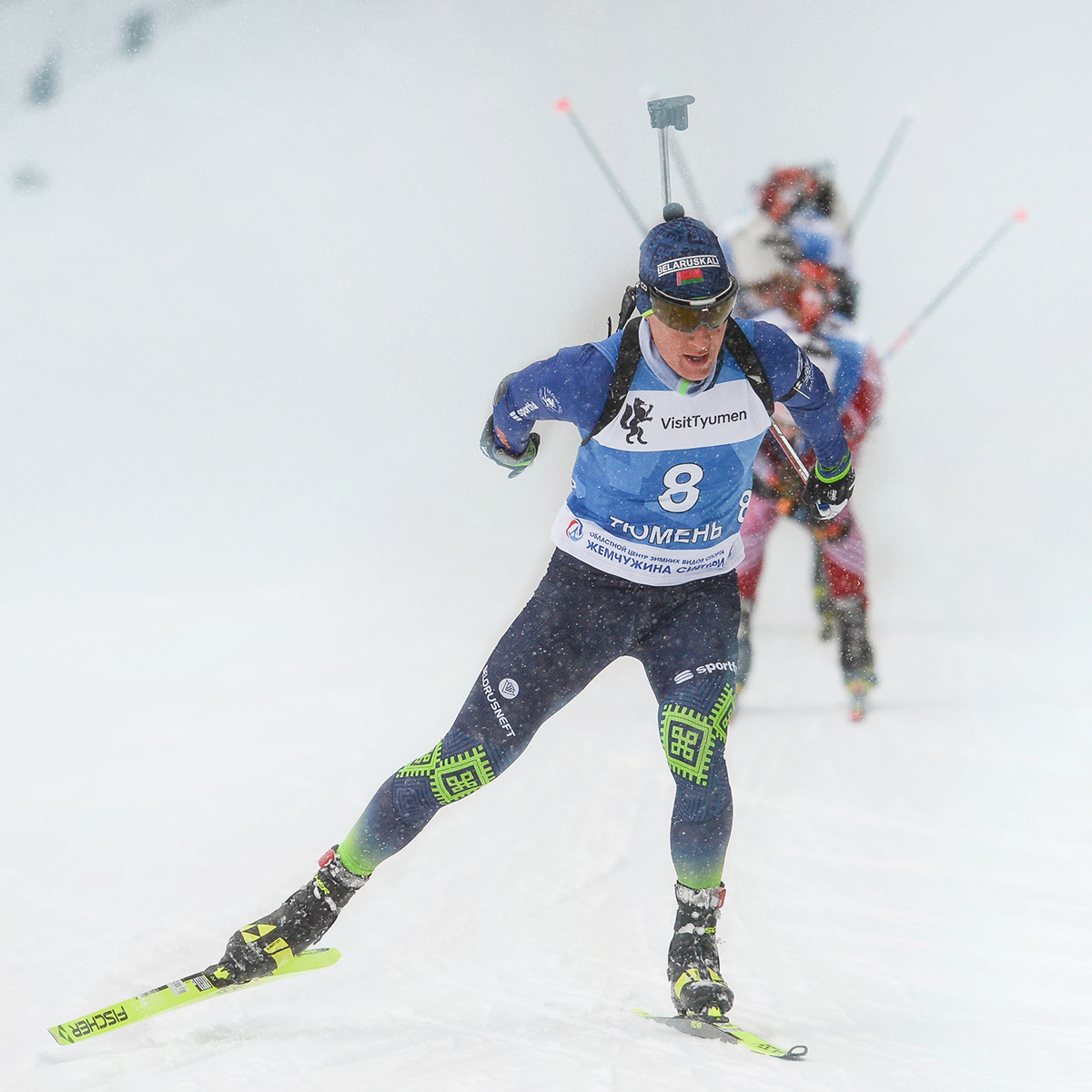 Mikita Labastau is one of the experienced
biathletes of our national team
There is very little time left before the start of the biathlon season — the first stage of the Biathlon World Cup will begin in Kontiolahti, Finland on November 29th. There will be no Belarusian and Russian shooting skiers on it: the International Biathlon Union upheld the suspension of athletes from the two countries from participating in competitions held under the auspices of the organisation. Nevertheless, Russians and Belarusians have even less time to wait than their foreign counterparts. The first stage of the Russian Biathlon Cup opens in Khanty-Mansiysk today, on November 24th: athletes will compete in sprints, pursuit races and classic relay races.
The head coach of the national team Yuri Albers says that all preparations went according to plan, according to the model that was approved in May. Athletes took part in two stages of the Commonwealth Biathlon Cup in summer biathlon, and after the completion of the competitions in Raubichi, they left for Tyumen, where they went out on the snow. 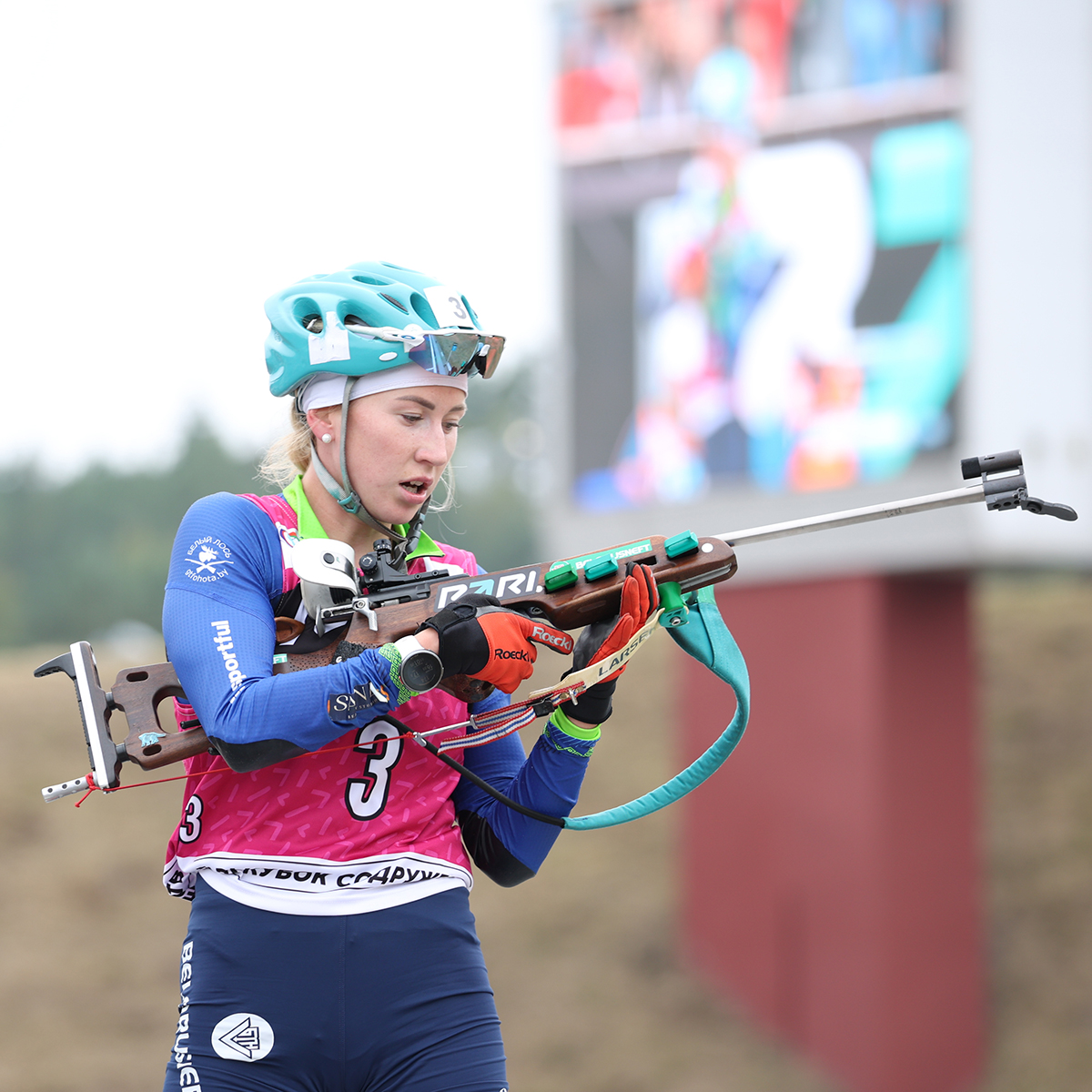 Dzinara Alimbekava had an eventful off-season: she married Anton Smolski and opened her own beauty salon
“When the team returned from Tyumen, everyone underwent a medical examination. Now the biathletes are in Khanty-Mansiysk, where the first stage of the Russian Biathlon Cup tournament begins. The second will be held in Uvat, the third — in Tyumen. After that, the team will return to Minsk, hold another training camp, and then on December 23th-24th will take part in the Commonwealth Biathlon Cup in Ryazan. This is the plan through to New Year,” says Yuri Albers.
After the competitions in Ryazan, Belarusian and Russian biathletes will again gather in Raubichi, where two more stages of the Commonwealth Biathlon Cup will take place. And although until recently there were rumours that this tournament could be transferred to the territory of Russia, the calendar remained the same as it was originally created. Moreover, the Russians are already booking rooms in the hotels of the sports complex with might and main, and some even want to celebrate the New Year near Minsk…
Yuriy Albers repeats: there have been no changes in the preparation of our national team due to the suspension from major international competitions. The model of preparation for the 2026 Olympic Games has not changed either. Everything goes on as usual, the only thing is that in the near future the athletes will compete not in the Biathlon World Cup, but in the Commonwealth Biathlon Cup.
By the way, Belarusian biathletes went to it with an expanded roster. The team has rejuvenated. Now Ivan Tulatin, Stepan Danilov, Alexander Koshin and Pavel Belko went to Khanty-Mansiysk in the men’s team together with experienced Anton Smolski, Dzmitry Lazouski, Mikita Labastau, Raman Yaliotnau and Maksim Varabei. The female team has also been renewed compared to last season: it included Dzinara Alimbekava, Alina Pilchuk, Darya Kudayeva, Yuliya Kavaleuskaya, Adelina Sabitava, Elena Kruchinkina and Irina Kruchinkina. 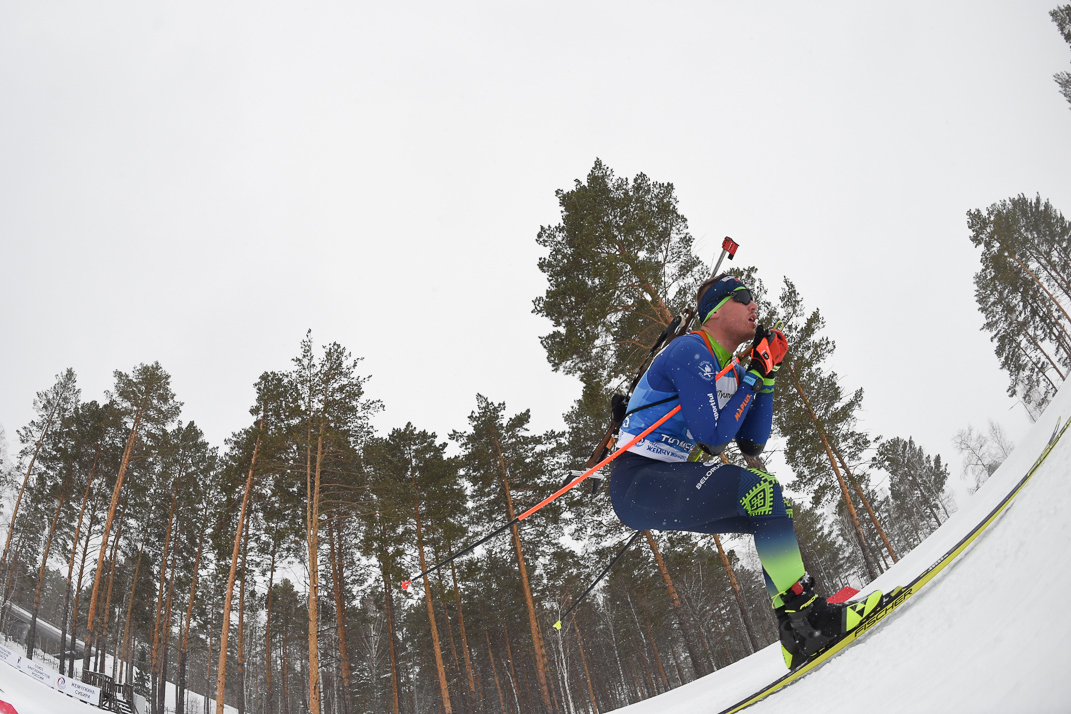 On the track — Dzmitry Lazouski

Our federation is trying to use the exclusion from the regular tournament for development. This is especially true for the training of young athletes.
“Due to the fact that the admission to the competitions in which we will take part is practically unlimited (unlike the World Cup, where each team has a certain quota), we were able to submit a larger number of athletes. However, the level of these tournaments in some moments is even higher than at the Biathlon World Cup and the IBU Cup. So our plan is the same as always — to show good results. Never look back!” explained Yuri Albers.

ON THE SUBJECT
It wasn’t even the beginning yet, but the International Biathlon Union was already forced to redraw the calendar. On the eve it became known that the first stage of the IBU Cup — the second-ranking seasonal tournament — was cancelled. It was supposed to take place in the Norwegian Sjusjøen from November 24th to November 27th, but there was not enough snow. Thus, the IBU Cup will open in Hydra on November 30th.

REFERENCE
There is a baby boom in the biathlon teams. Iryna Leshchanka and Hanna Sola, who are getting ready for the birth of their first children, will miss this season. Two biathletes will also not compete in the Russian national team in the near future: Uliana Nigmatullina is expecting the birth of her first child, and Kristina Reztsova is expecting her second child.