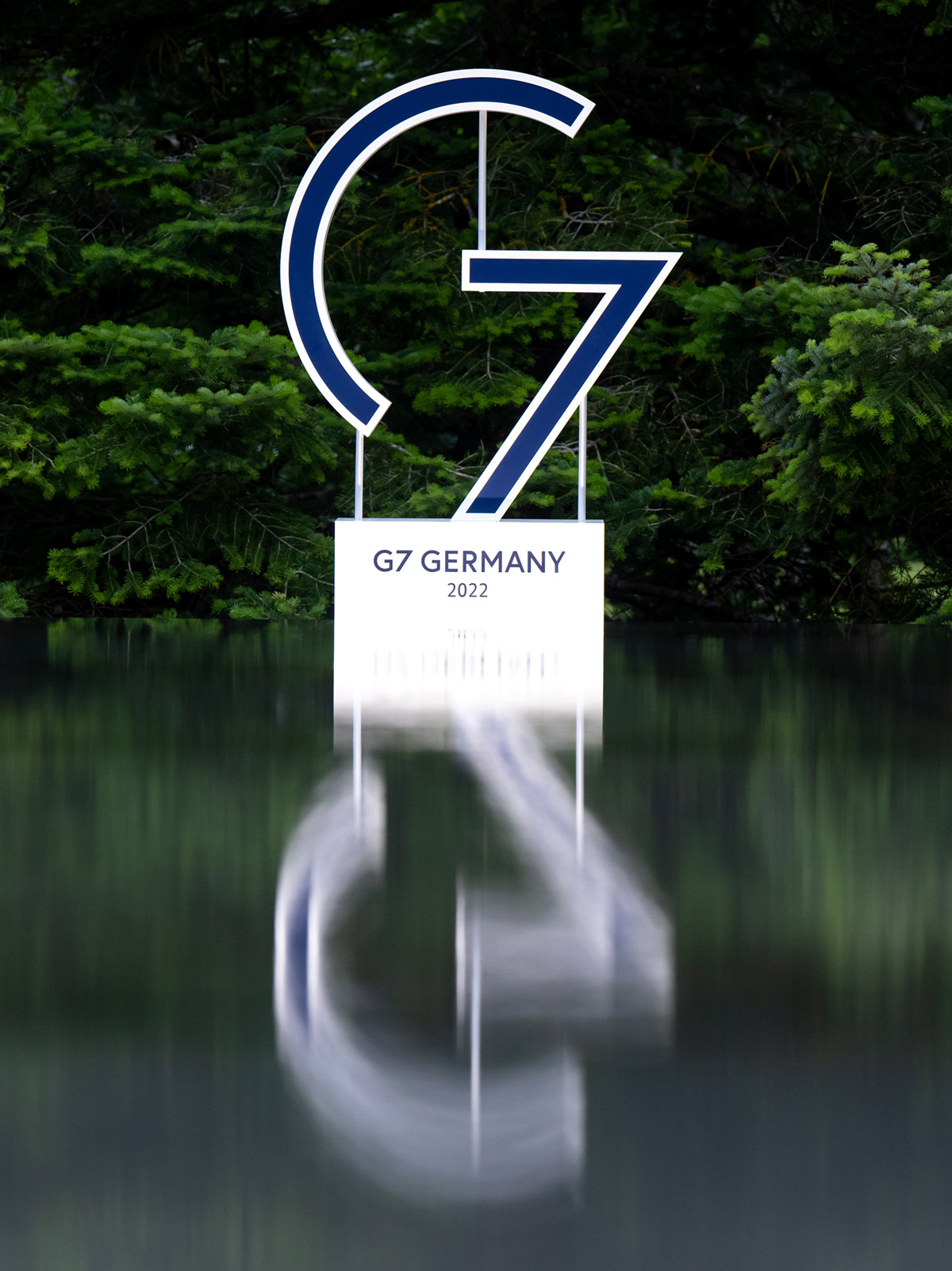 Seven brave (but, to put it mildly, reckless) men decided to challenge the whole world! 777 million versus 3.2 billion! It is in this context that the summit of the G7 countries that took place at the beginning of the last week in the Bavarian castle of Schloss Elmau should be considered. Fenced off from the rest of the world by high mountains, a 16-kilometre fence and 18,000 policemen, the leaders (as they call themselves) of ‘all civilised mankind’ pondered over for three days looking for anything to turn off, ban and spoil in the world (according to the pointed and merciless phrase from official representative of the Russian Ministry of Foreign Affairs Maria Zakharova, famous for her a straight-from-the-shoulder remarks).

To begin with, they wanted to make some kind of symbolic gesture to emphasise that they have plenty of shot in the locker yet and that the hegemony of the old world order, based on a strict hierarchy, supported by military threats and economic enslavement, has not gone anywhere.

To do this, at the suggestion of a great specialist in the field of entertainment Boris Johnson, they almost undressed topless in order to wipe the eye of the bloody dictator Putin, who demonstrated his excellent physical shape to the whole world several years ago and gave the Internet a lot of materials for memes and Photoshopped images.

Thank God, either due to common sense, or due to shyness, or for some other reason, the seven brave men, but not entirely reasonable leaders refused to demonstrate their boggy fleshes. They were unable to surprise the world with their fitness — and decided to stun them with non-standard solutions. Indeed, there has been progress here. 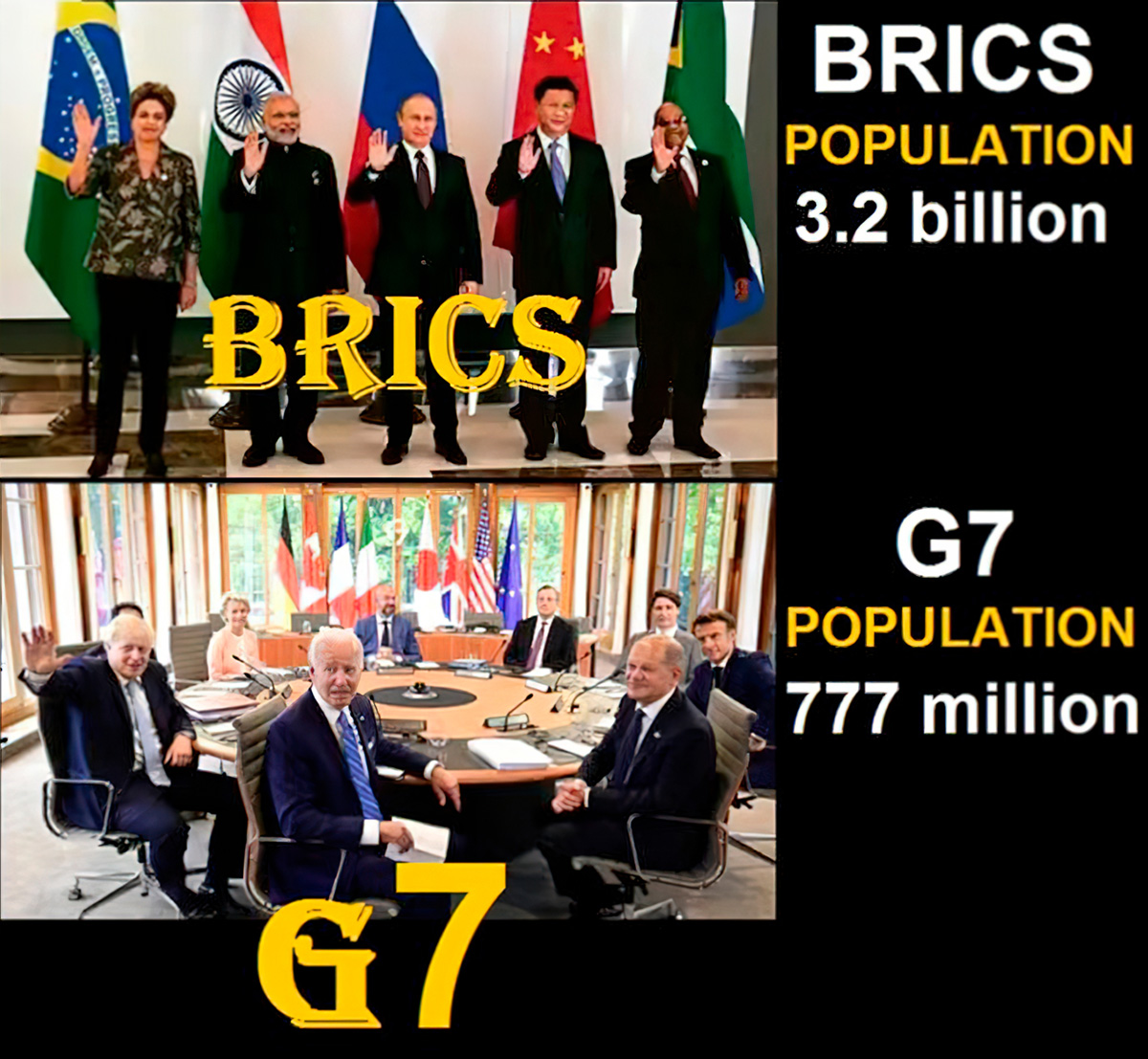 Men can promise a lot, so what?

Well, firstly, they typically stated that they would support Ukraine ‘as much as needed’, including promising new weapons, but refused to include Russia in the list of terrorist countries. They promised to carry out the post-war reconstruction of Ukraine and even announced a new ‘Marshall Plan’ (as much as $29.5 billion), however, they did not immediately give money, but said that they would hold a special conference on this issue. The host of the summit Mr. Scholz simply laughed in response to a direct question of security guarantees for Ukraine.

Ukraine is one thing, but the problems of the G7 countries themselves are another matter. One of the reasons for the headaches of the leaders of the G7 is the concern of hydrocarbon dependence of Europe (and other countries of this association, such as Japan) on Russia. There is virtually nothing to replace gas and oil used by both enterprises and EU citizens, supplied by the hated eastern neighbour.

The sanctions against Russian hydrocarbons, divided into different packages and bags, only led to a sharp increase in world prices, which, even with a decrease in physical sales volumes, contributes to an increase in cash receipts. Dreams of green energy remain dreams, moreover, the intense heat has forced the Europeans, who have reduced the consumption of gas to generate electricity, to greatly increase the use of coal, a much more environmentally harmful fuel. What shall they do, especially in the light of the environmental commitments undertaken to reduce CO₂ emissions by 43 percent by 2030 and limit the growth of global warming within 1.5 degrees?


The heirs of Ostap Bender

Thus, a salvation idea arose: let’s continue to buy gas and oil from Russia, but we will set minimum prices for it, such as it is beneficial for us! True, none of the leaders of the G7 predicted what to do if Russia simply does not sell the riches of its mineral resources to the ‘civilised peoples’ who arranged a cartel agreement for a pittance. Nonetheless, no one doubts that Moscow will be able to turn off the tap to the west.

The success of this venture of robbing Russia and appropriating its natural resources is significantly complicated by the fact that the world market is much wider than the capabilities of even the largest, but not the only economies in the world. Moreover, it is the markets of Russia-friendly countries that are more capacious and dynamically developing, they are ready to replace capricious European and American consumers by buying all types of hydrocarbon raw materials.

China and India are the second and fifth countries in terms of nominal GDP, and in terms of purchasing power parity, they are first and third economies in the world. In terms of development, India is generally ahead of the rest of the planet! China is a close runner-up. So in conditions when it is impossible to organise a complete blockade and isolation of Russia from the world economic system, any attempts to artificially reduce demand, ‘slow down’ the consumption of hydrocarbon raw materials or set maximum prices at a minimum level are doomed to failure. Moreover, as experience teaches us, any unfounded experiments in this area are fraught with turbulence in the market, which, most likely, will only lead to a new increase in world oil and gas prices. As well as cause a chain reaction in the stock and currency markets.
Considering all these aspects, the leaders of the G7, which includes the United States, Germany, Japan, Great Britain, France, Italy and Canada, invited guests to the summit — the heads of Argentina, India, Indonesia, Senegal, South Africa. They were offered to join the anti-Russian sanctions and put pressure on Moscow. However, the reaction was quite different. The Indian leader said that the conflict in Ukraine was hurting developing countries and refused to join the sanctions. Moreover, Argentine President Alberto Fernandez got up to: he just applied for entry into the BRICS. Well, he was not alone, because Iran did the same.

It should be noted that BRICS is a direct competitor of the old G7 in the modern world. Brazil, India, Russia, China and South Africa are exactly the same 3.2 billion people who, according to Chinese Foreign Ministry Spokesperson Zhao Lijian, are the real ‘global community’, and not 777 million from the G7 countries.
The potential members — Argentina and Iran — add both economic and political weight to this association, turning BRICS into a new economic bloc that does not advocate the dominance of self-proclaimed ‘leaders’, but for equal and mutually beneficial co-operation.

BRICS is an institution of real multipolarity, which can become the basis of a new world order. Connecting to this organisation, which unites Europe, Asia, Africa and South America, other economic and political blocs (for example, the Shanghai Co-operation Organisation, the EAEU in Eurasia, Mercosur in Latin America and others) may well lead to the formation of a new configuration of international economic and political relations.

The old leaders of the old world will certainly resist this initiative. But something tells us that righteousness and strength are not on their side.