While the European authorities continue their political games (not allowing human rights defenders and journalists to the border and hiding in every possible way the real state of affairs while demanding money from Brussels), many ordinary Polish citizens treat the innocent hostages of the situation with compassion. For example, caring residents of the Polish town of Siemiatycze began to collect humanitarian aid for refugees stranded on their border. The gathering was organised by our colleagues from the editorial office of the local newspaper Kurier Podlaski. 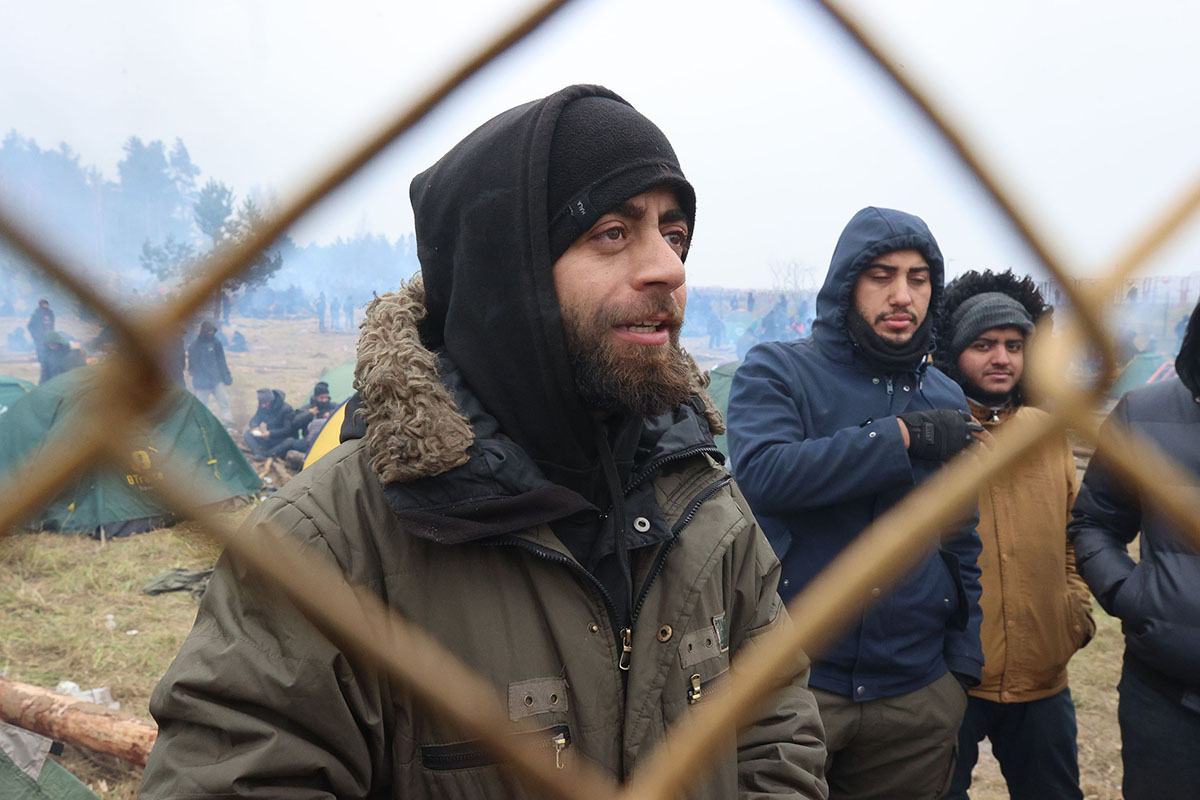 How this aid will be transferred is still unknown, as the state of emergency is still in force in the border areas. However, the very fact of such solidarity and humanity towards people in trouble deserves respect. In an interview with Gazeta Wyborcza, the journalist from Kurier Podlaski, Anna Kondraciuk, said that at one time many residents of Siemiatycze worked illegally abroad, mainly in Belgium, some left for Brussels. This was back in the days when Poland was not part of the European Union. Moreover, no one took migrants to the forest. They were sent to the Zaventem Airport [Brussels international airport] and deported back to Poland. But the Polish authorities very quickly forgot about this. Maybe on purpose?
Now the Poles, who just humanely want to help refugees, fear that their help will be regarded as complicity in illegal border crossing. Therefore, most of them have asked to remain anonymous. But even these fears did not prevent citizens countrywide from sending parcels.
Residents of the border regions, having heard the tales from their politicians, were afraid to open their own sheds. They feared that refugees would be found there. In fact, nothing bad happened to anyone, no one attacked anyone. However, as recent events show, things can be different. We refer to the beating and robbery of refugees near Hajnówka and the destruction of medical vehicles at the border.
However, the Polish authorities, no matter how much they want to, will not be able to hide their crimes. The Investigative Committee of Belarus is already conducting a check at the border on the use of special equipment against refugees. Recently, the Permanent Representative of Belarus to the UN Office and other international organisations in Geneva, Yuri Ambrazevich, during a meeting with the UN High Commissioner for Human Rights, noted that an international organisation should record human rights violations by the EU states with respect to refugees. The head of the Belarusian diplomatic mission also said that recently our country has also conveyed its position on the refugee crisis to representatives of other international organisations.
“On the part of the leadership of the secretariat of international organisations, there are no claims or accusations against Belarus that our country is violating any norms of international law,” adds Yuri Ambrazevich.

UN Secretary General: ‘Belarus is neither the source nor the cause of refugee flows’

In New York, the Permanent Representative of Belarus to the UN, Valentin Rybakov, handed over to the UN Secretary General, António Guterres, a personal letter from the Minister of Foreign Affairs of Belarus, Vladimir Makei, on the situation around refugees on the western borders of our country outlining the actual official position of Belarus on the steps being taken to resolve the crisis and assistance to refugees. The Belarusian diplomat informed the Secretary General in detail that Belarus is an exclusively transit country for migrants and drew the interlocutor’s attention to some fundamental points.
Valentin Rybakov said that the UN Secretary General promised to study all the materials presented, “He agreed that Belarus is neither the source nor the cause of those flows of migrants who transit through Belarus to European states.”
António Guterres also asked to convey his warm greetings to President of Belarus, Aleksandr Lukashenko.

By Yulia Demeshko
Photo by BELTA