Narrow-minded ambitions deprive Polish politicians of the reason. They spare neither people nor animals and have already started to deliberately destroy the Belovezhskaya Pushcha. 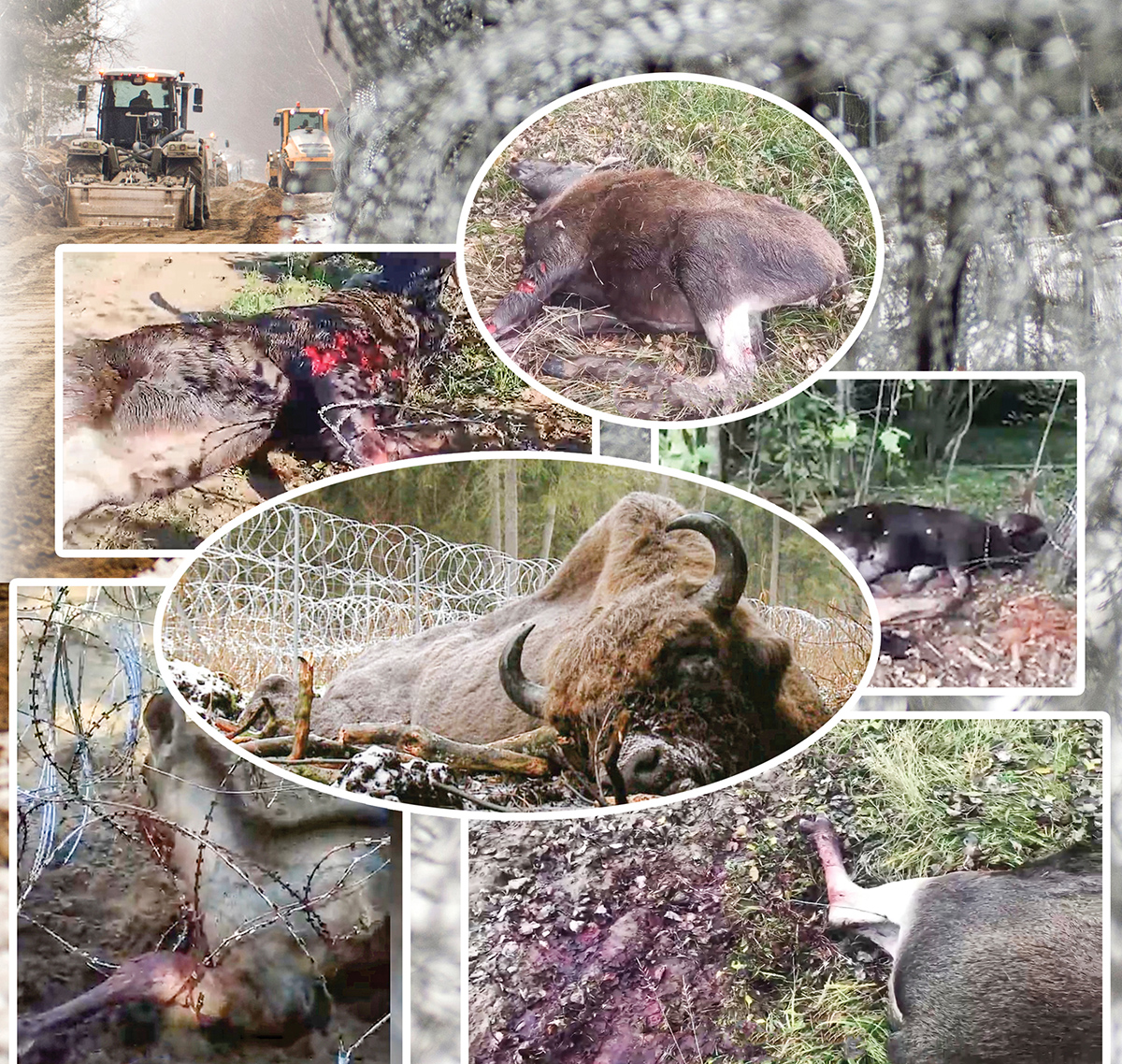 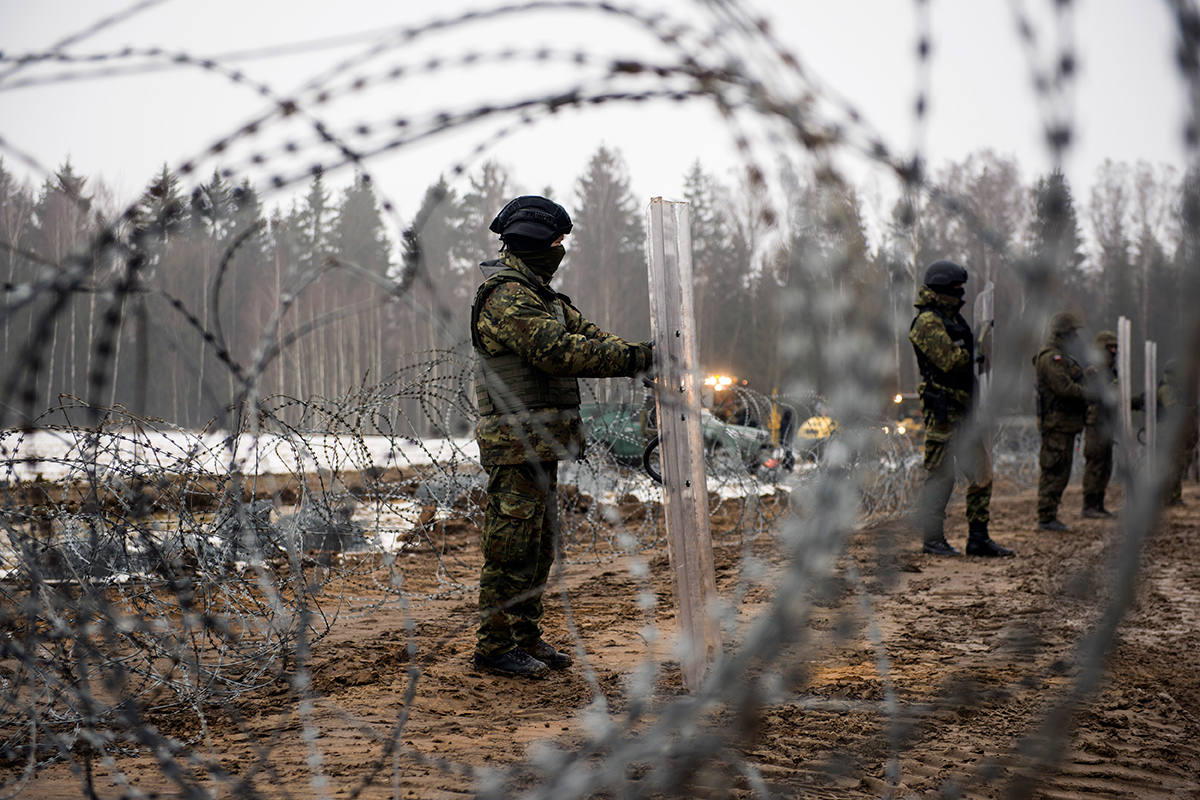 The Poles began to destroy the historical reserve – located on the territory of the two countries – with desperate anger. This was not the case even during the Great Patriotic War. Even with all the atrocities of the Nazis, the Belovezhskaya Pushcha was then preserved. What do we have now? What are Dudas, Morawieckis and other Kaczynskis guided by when they pull barbed wire fences through the relic forest with maniacal persistence, deliberately dooming the animal world of a unique natural complex to death? 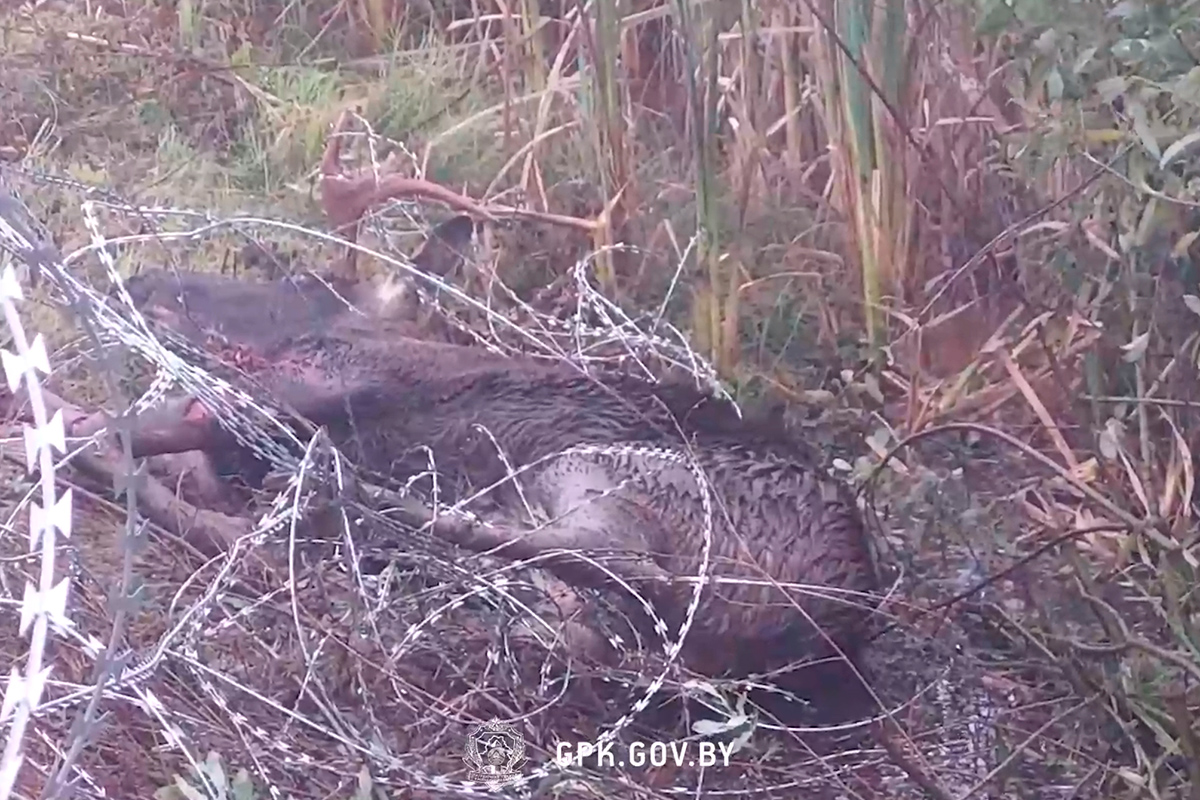 We are once again convinced that there is nothing sacred for Polish politicians. Unmotivated ambitions clouded their minds. In an effort to once again gain favour with their western masters, they are ready to go on the most insane actions, to kill people, to destroy life...

Belarusian border guards have more than once recorded the facts of the death of wild animals entangled in barbed wire, which blocked the usual migration routes. Recently, another bison corpse was discovered. However, what do animals mean for Polish authorities and military? They didn’t really feel sorry for the refugees either, leaving them to die in the cold forests and pouring them with icy poisoned water and chemicals. Alas, it has long been pointless to look for the remnants of humanity and common sense among the Warsaw political elite. 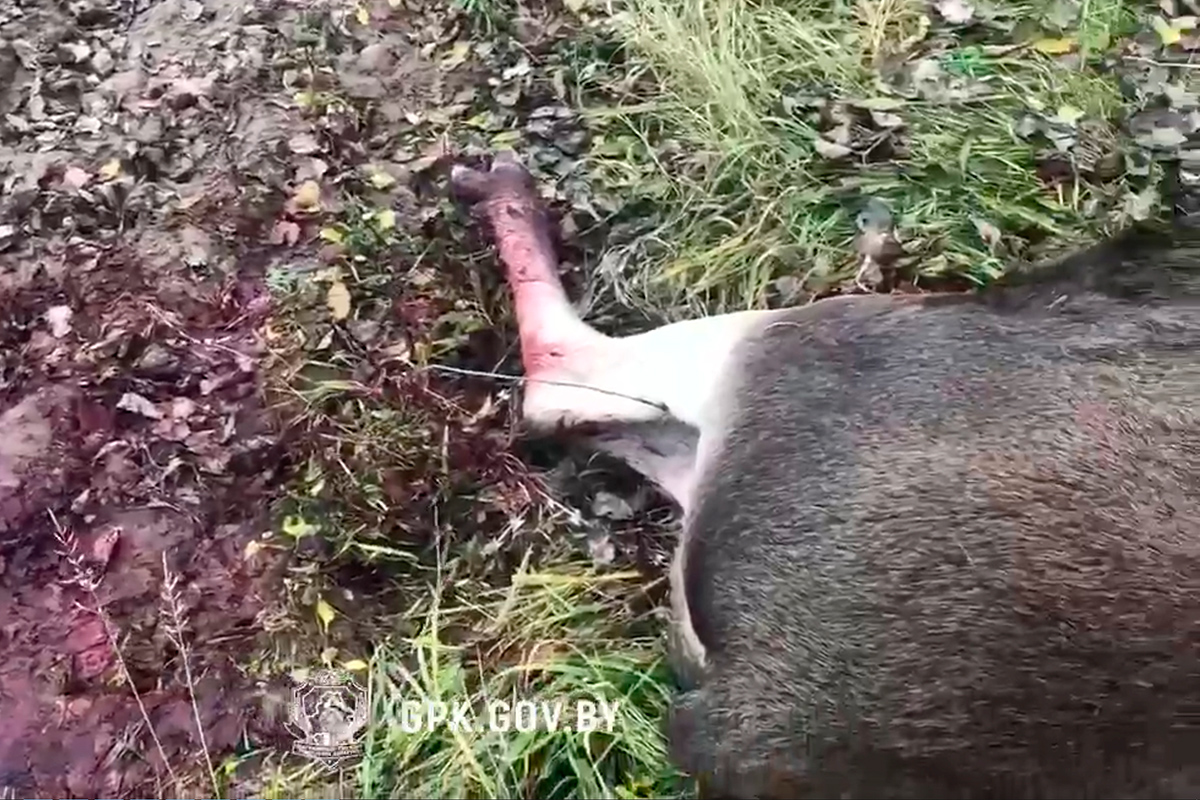 Will they hear the voice of reason?

Reasonable people are well aware that there is no practical sense in either a wall, or a fence, or a heap of barbed wire. The money that the Poles are pumping into the construction of the curtain (and this is 350 million Euros) would be much more useful to direct to strengthening the technical border control system. The Poles also initiated a break in co-operation with Belarus in this area.

Meanwhile, not everyone in Poland is mad. There are also voices of people there who are concerned about the actions of their politicians and who warn of an impending environmental catastrophe. 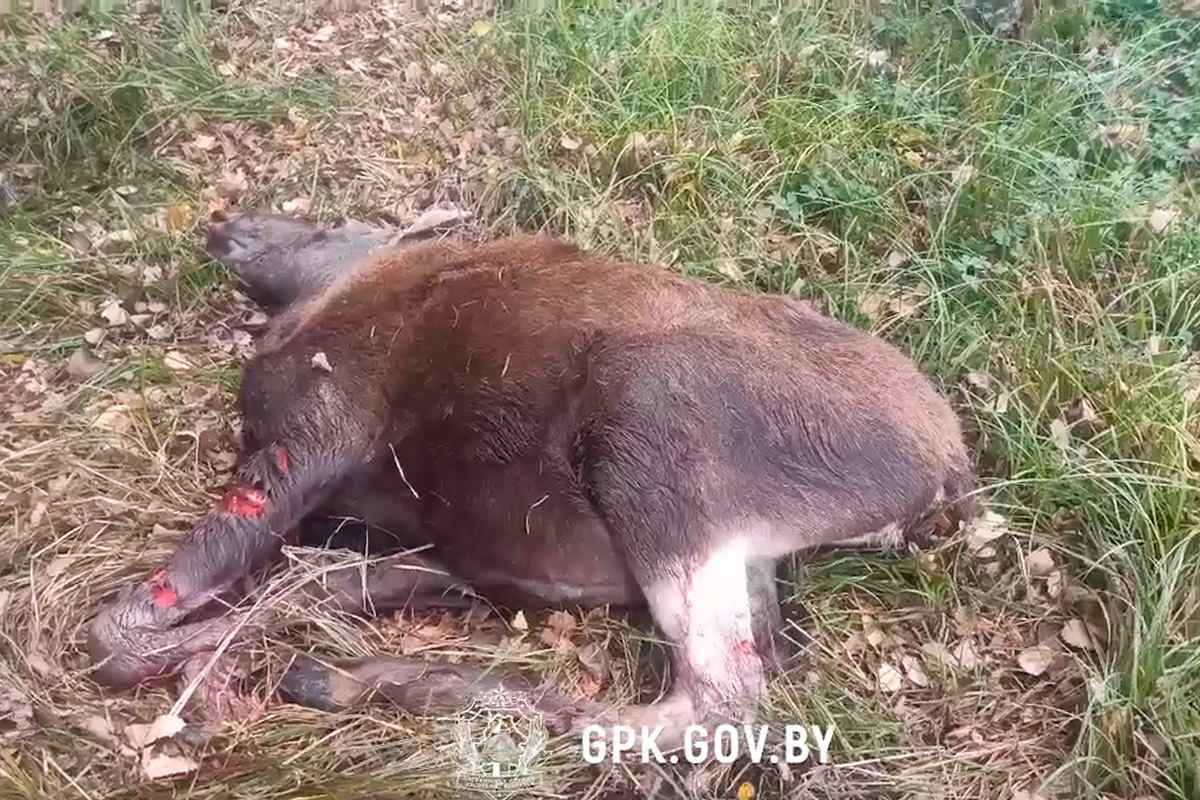 For example, the Green Party (Partia Zieloni) demanded that the construction of the wall be stopped. The head of the party, Urszula Zielińska, is indignant, “This nature reserve is the only Polish natural site on the UNESCO World Heritage List! It is the duty of Poland, as a country that has such a treasure, to provide the highest possible protection.”

The party is sure that in addition to catastrophic consequences for nature, Pushcha can be struck off the UNESCO list. 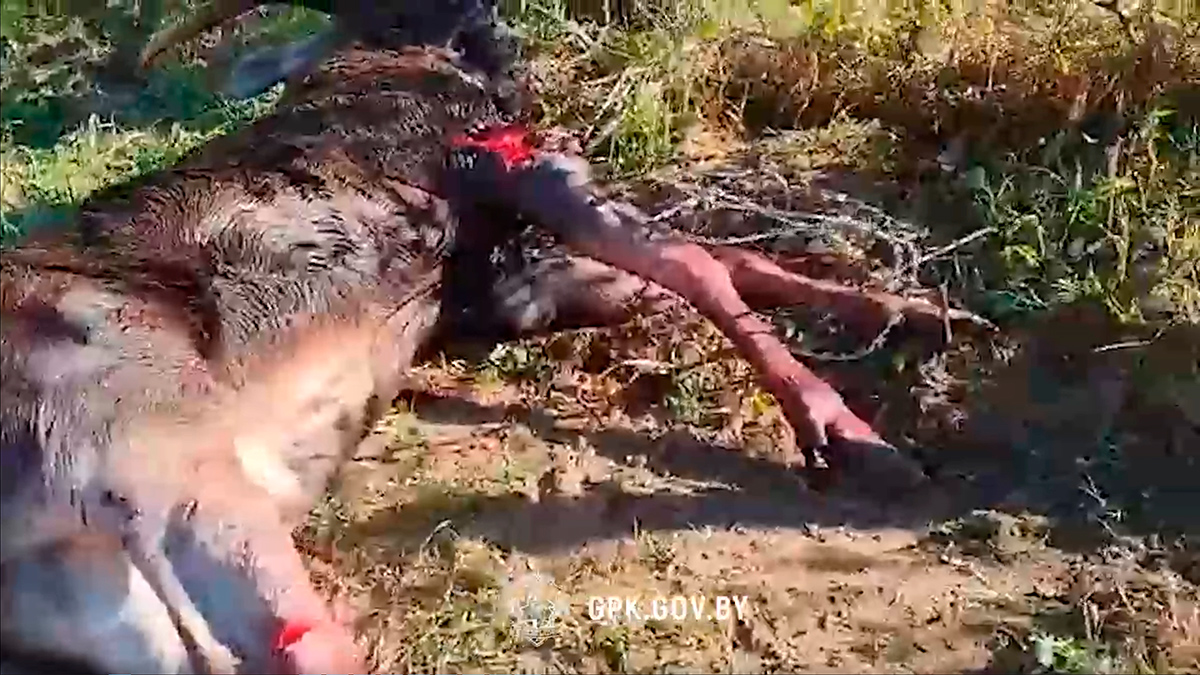 The day before, a similar idea was expressed in the World Wide Fund for Nature (WWF). They said that the barbed wire installed by the Polish authorities on the border with Belarus would harm the wildlife of Belovezhskaya Pushcha and nullify the efforts of conservationists in the area over the past thirty years.

The ideas of the Greens are ardently supported by the public (after all, not everyone has been fooled by Polish politicians), whose representatives are increasingly coming out to protest against the stupid project. And let it be only stupid. This is just a barbaric idea. 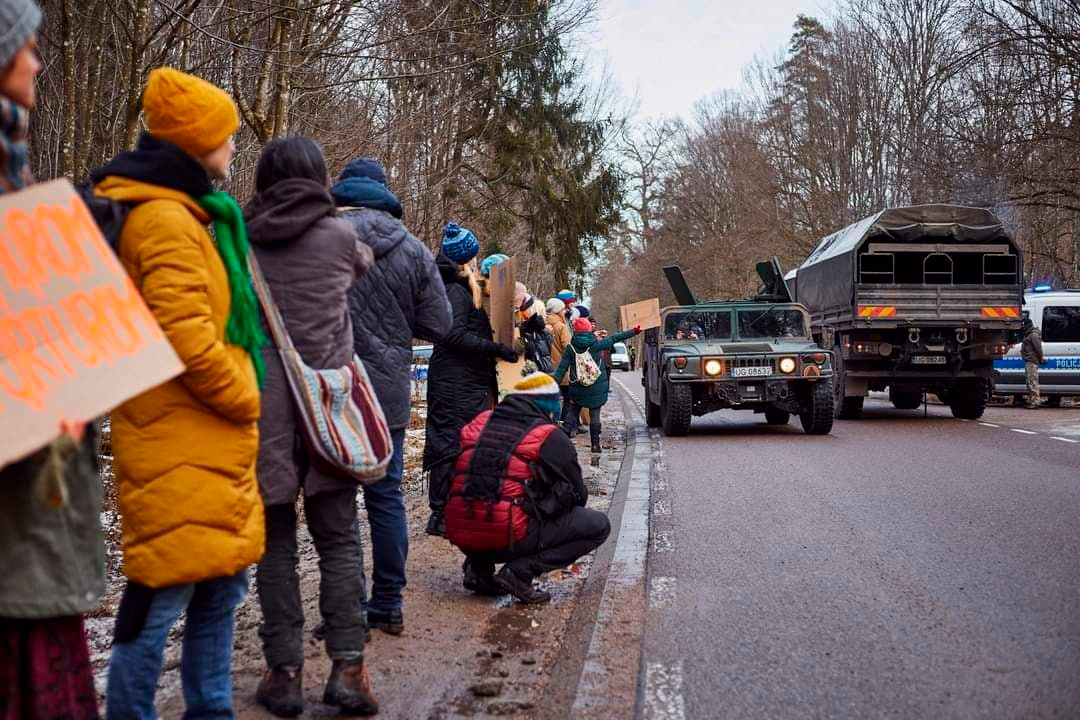 There is already a temporary fence on the Polish side made of barbed tape – the so-called Bruno’s spiral – which is prohibited by many conventions. The border service of Poland constructed it back in summer.

Unlike the wire, which is used to protect the control strip from Belarus, the Polish ‘barbed wire’ becomes a death trap for animals, since they can’t get out of it on their own.

…Recently, 20 bison came to the territory of the Belarusian border strip. The herd seasonally migrated to Belarus, and with the arrival of cold weather returned to Poland to the place of their winter feeding. Previously, this could be done without hindrance, but the ‘tsar of the pushcha’ cannot overcome the razor wire... Meanwhile, the researcher of the Belovezhskaya Pushcha National Park, Aleksei Bunevich’s says emotionally, “One bison died in January from exhaustion, entering the swampy area of the border strip and failing to get out. The sick animal was seen by the Polish military, but no one did anything to help.” 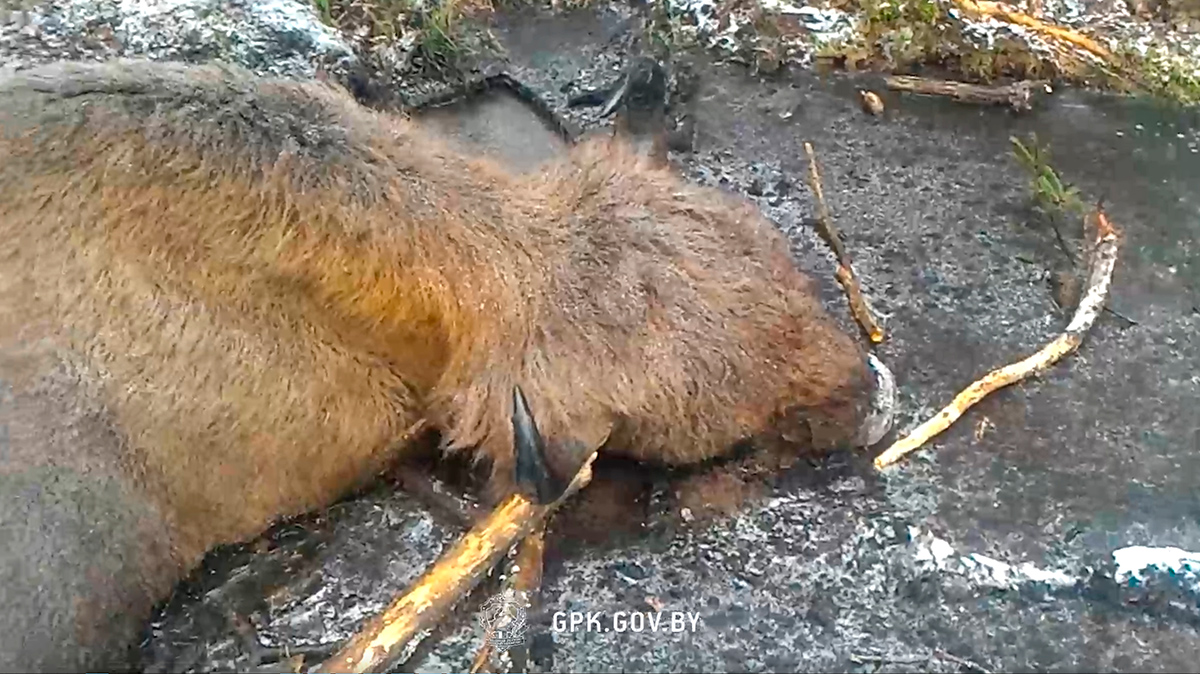 The Pushcha’s giants found themselves in a vulnerable position, as did the smallest species of mammals: wolves and lynxes. The number of lynxes in Belovezhskaya Pushcha has been consistently low for a long time, despite its special conservation status on both sides of the state border. The total number of 25 lynxes does not allow the population to exist without constant genetic exchange with neighbouring groups while the construction of the fence threatens the long-term existence of this species because of genetic degeneration.

The activities carried out in the Belovezhskaya Pushcha by the State Border Control of Belarus in mid-January showed that a high number of large animals, including bison, red deer, elk, and roe deer, accumulate in the border strip between engineering structures. Deceased animals have been also recorded.

Polish politicians do not listen to scientists

Belovezhskaya Pushcha is a transboundary UNESCO World Heritage Site, a territory for which two parties, two states are responsible, they have committed themselves to preserve and manage the sites at the appropriate level.

The Head of the Scientific Department of the Belovezhskaya Pushcha National Park, Dmitry Bernatsky, is outraged by the actions of Polish politicians, “This is a single forest massif in the centre of Europe, on which natural processes proceed without significant human impact for many centuries. What you can find in Belovezhskaya Pushcha you won’t find anywhere else in Europe. All these values must be preserved.”

Over 700 environmental scientists from Poland and other EU states, as well as African countries, sent a letter to the leadership of the European Commission protesting against the construction of a protective fence on the Polish side of the border with Belarus. The text of the document is published on the site naukadlaprzyrody.pl.

“We call on the European Commission to take all possible measures to immediately terminate the construction of the wall on the Polish-Belarusian border,” says the letter. 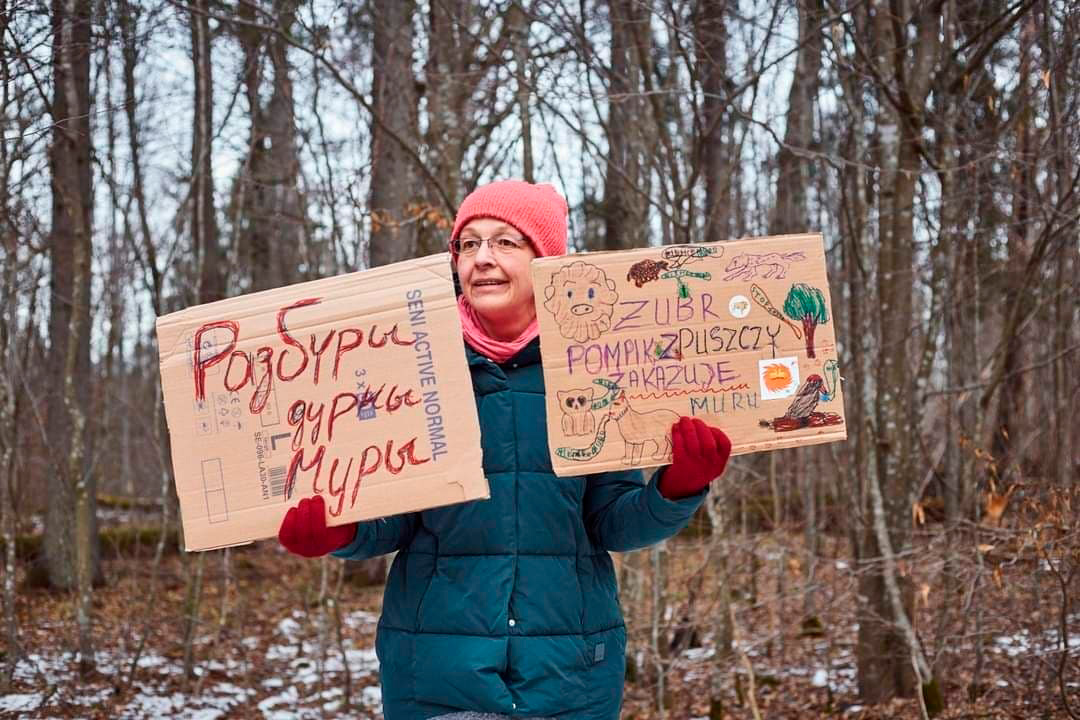 Representatives of scientific community demand an immediate examination of the possible negative impact of this object on valuable animal species and protected areas, particularly on Belovezhskaya Pushcha.

As reported on the website of the Polish office of the World Wide Fund for Nature (WWF), in November last year, UNESCO sent a letter to the Polish government with a request to clarify the planned actions in connection with the construction of the fence. However, UNESCO’s request still remains unanswered. 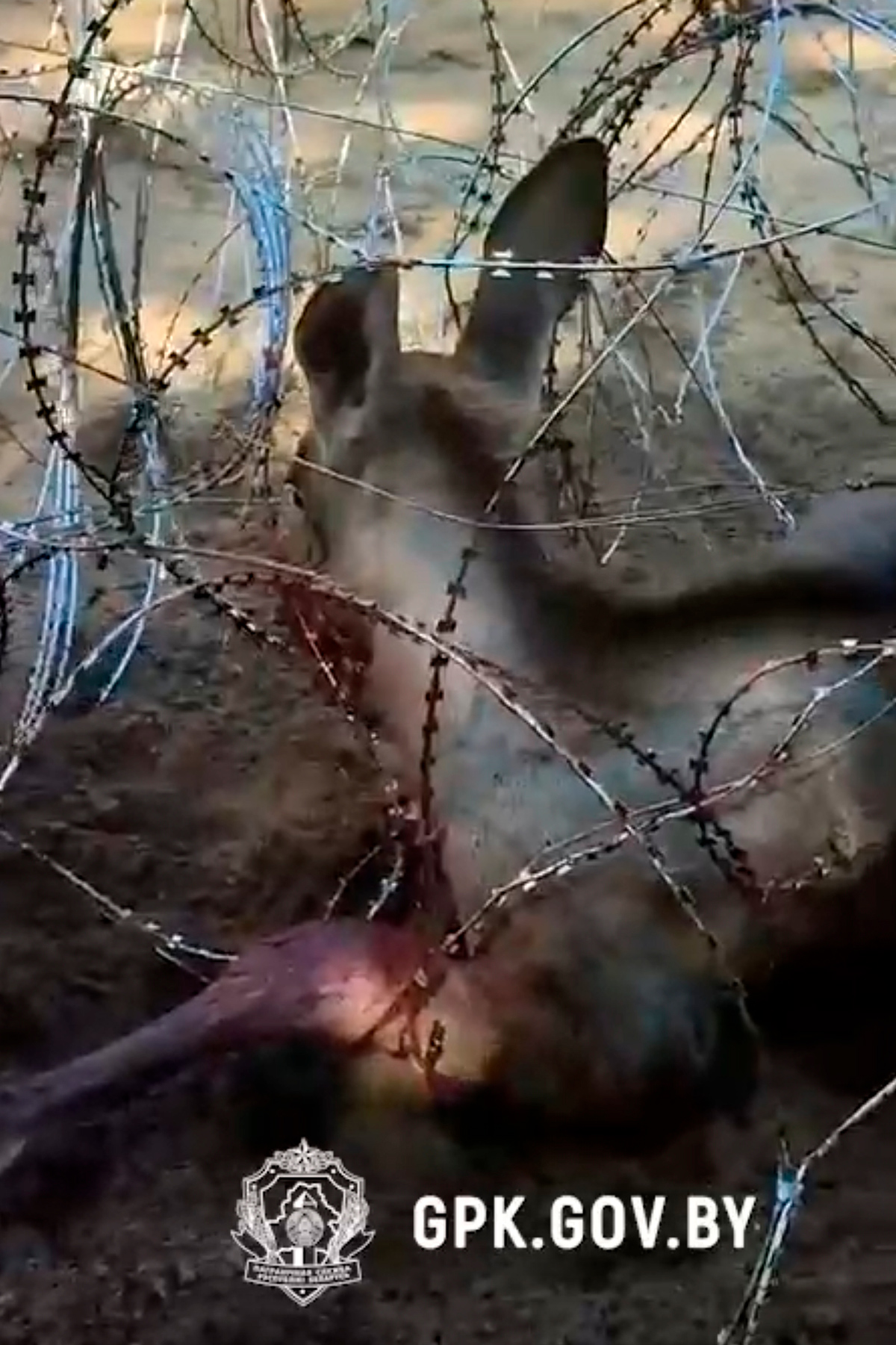 Dmitry Grummo, Deputy Director for Research at the Institute of Experimental Botany at the National Academy of Sciences of Belarus:

The current situation is a violation of international co-operation on the conservation of a unique natural site: Belovezhskaya Pushcha. According to preliminary estimates, if we take the norms of the Belarusian legislation to the scale of construction (roads, storage, deforestation, destruction of the ground cover, land degradation), the damage to Belovezhskaya Pushcha from the Polish side will total about $80 million. We must proceed from the fact that Pushcha is a single massif and think for decades to come. The consequences of building a fence are difficult to predict. It’s like the Berlin Wall from the ecological point of view, not political. Accelerated design can lead to flooding; any linear infrastructure leads to local disasters that we cannot predict now, but they will happen, taking into account the swampy part of the park where the fence is being built.

Pavel Geshtovt, a researcher of the Scientific and Practical Centre for Bioresources at the National Academy of Sciences of Belarus:

The problem is in the division of a single transboundary reserve into parts, in the division of its flora and fauna into parts. This applies to bison, predators: wolves, lynxes, bears. The construction of the fence splits the bison population, whose number is close to 1,500. The bison population was once restored from several animals, therefore the genetic diversity is extremely low. Separated by the fence, the population will become even weaker from the genetic point of view. Pushcha is a single transboundary reserve, it is impossible, it cannot be divided into parts.