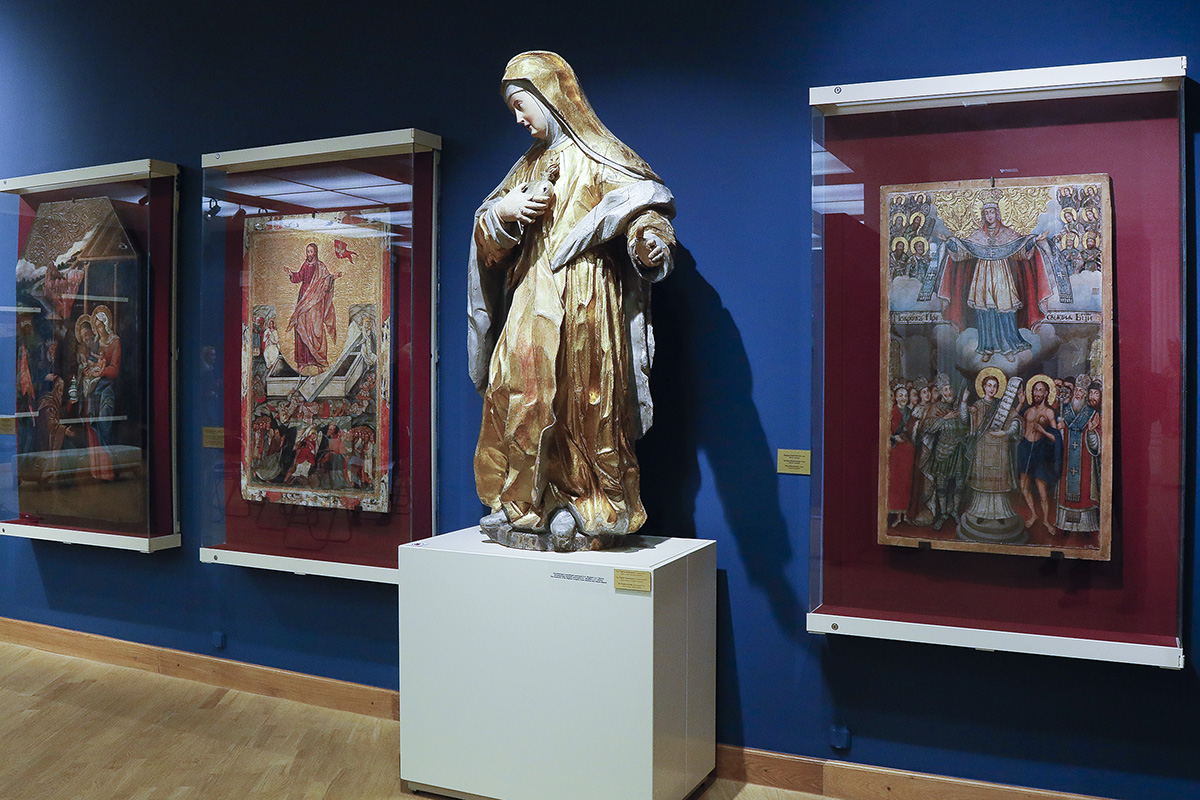 It is now possible to learn about Belarusian icon painting in all its diversity by picking up a unique album from the album-catalogue Icon and Altar Painting of Belarus in the 16th-Early 19th Centuries, prepared by the National Art Museum. Orthodox, Catholic and Uniate icons — all areas and periods of the history of the national school of icon painting have found their place in the new edition. 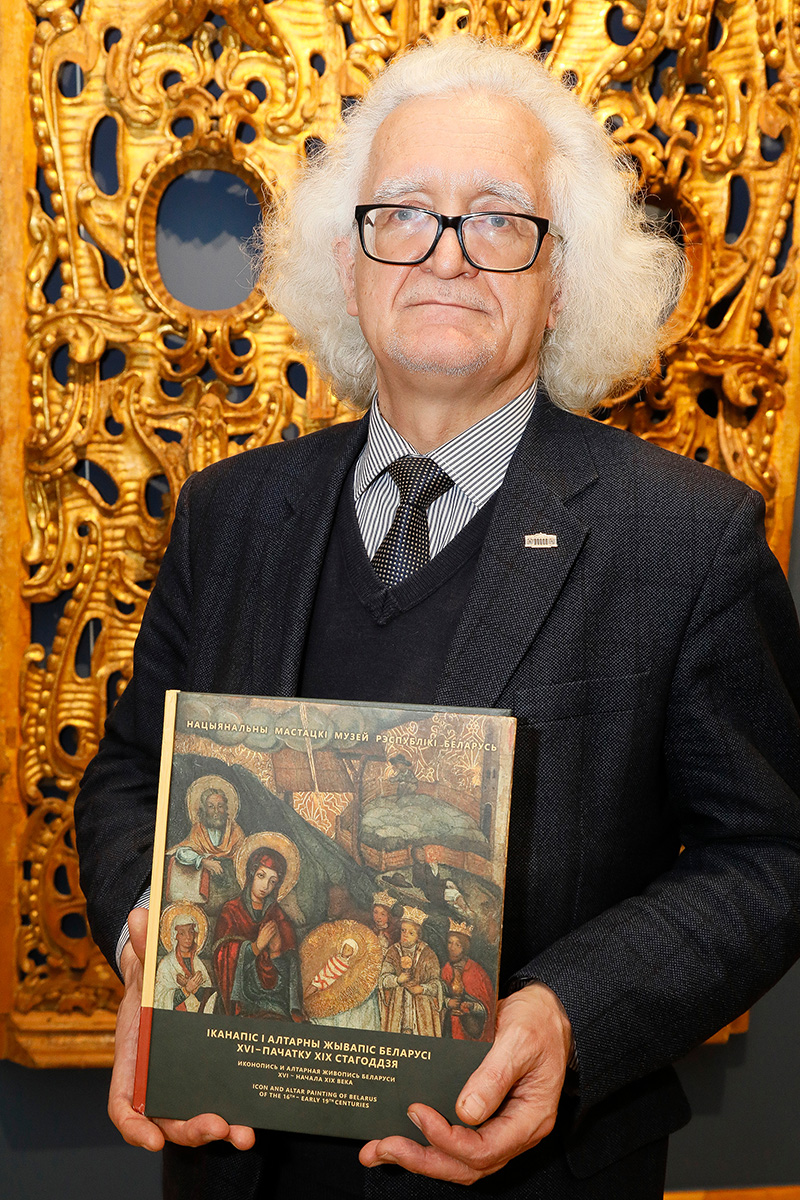 The collection of ancient Belarusian icon painting and sacred painting — kept in the archives of the National Art Museum — is one of the most valuable in our country. This is the largest collection in Belarus, which reflects the history of the development of the Belarusian icon from the end of the 15th to the first decades of the 19th century. The pearls of the collection are presented in the pages of the publication. The book, published by the Belarus Publishing House, already claims to be among the bibliographic rarities: the circulation of the album is only 700 copies. The text, prepared by the National Art Museum researchers, is printed in three languages: Belarusian, Russian and English.
The album opens a fundamental scientific and educational project: the National Art Museum of the Republic of Belarus series, in which specialists and connoisseurs will be presented the best works of art from the museum’s collection. In future, the publication of eleven more volumes is planned, revealed the Director General of the National Art Museum, Vladimir Prokoptsov, “Alongside exhibition activities, construction, expansion of areas and expositions, we are actively conducting research work. Soon we plan to commission half of the museum’s archive. I hope that the second half will be introduced in 6-7 years, and before that we will have time to publish the complete collection of our collections. The finest masterpieces kept in our collections will be published. We are very grateful to the Ministry of Information, the Ministry of Culture and the Belarus Publishing House for supporting our idea. This is a long-term project, which we plan to implement in 5-6 years, releasing two albums a year. Of course, the work is not easy, and the museum is not a research institute, as our art workers are engaged not only in writing scientific articles, but also in preparing exhibitions and projects, as well as conducting excursions, in a word, they work in several different guises. Nevertheless, they are ready to work on subsequent volumes, to show the collections in their own editions.” 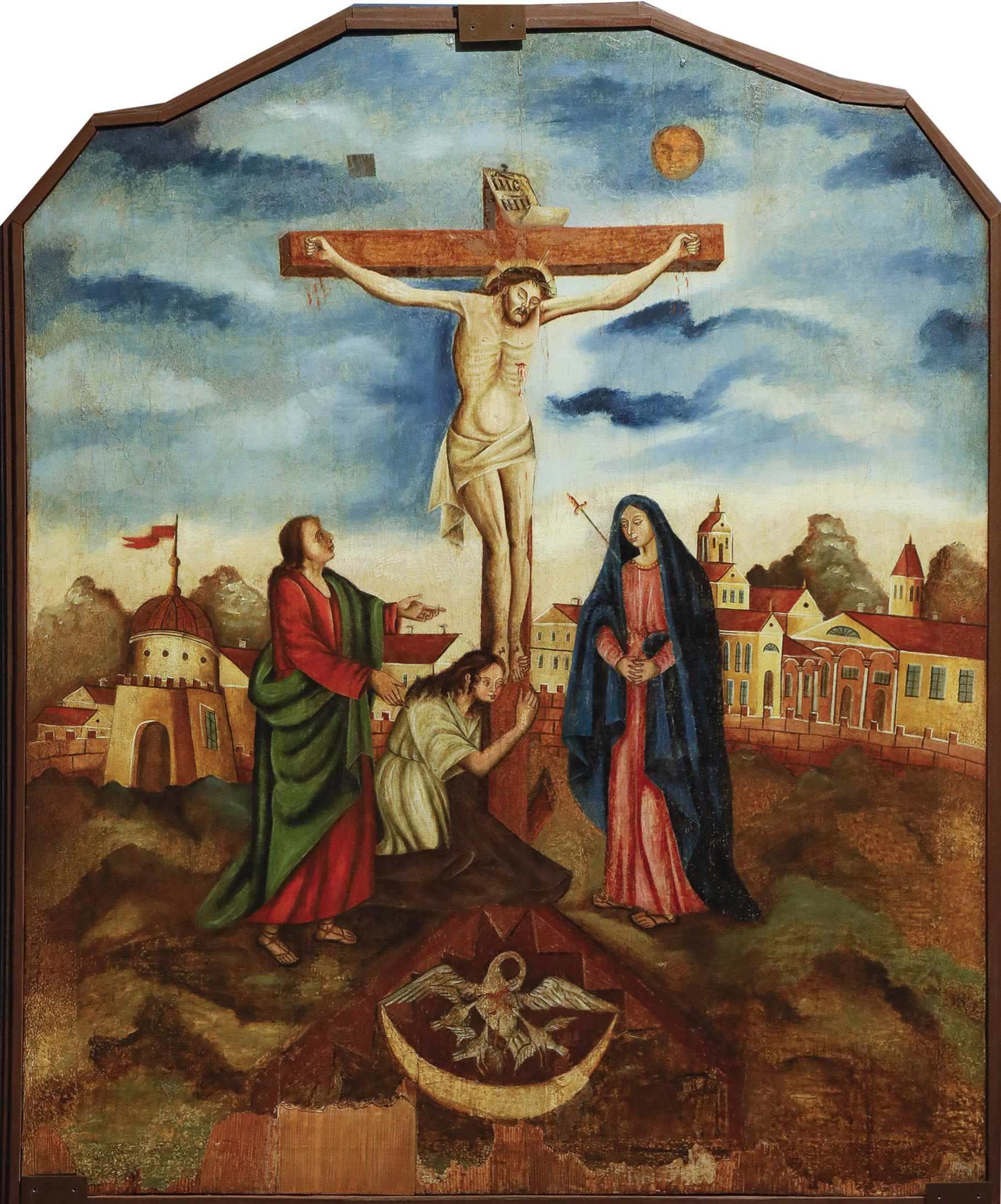 The National Art Museum has been liaising with the Belarus Publishing House for over two decades. Years of joint work resulted in significant projects: the two-volume ‘National Art Museum’ (a favourite of diplomats and tourists), the ‘Glorious Masters from Belarus’ series, which has already published about 40 books dedicated to domestic artists... ‘The Icon and Altar Painting of Belarus in the 16th-Early 19th Centuries’ catalogue marked a new milestone in this successful partnership.
The album has been waiting in the wings for several years: the materials were prepared back in 2016, when Belarusian icons went to an exhibition in the Vatican and made a splash there. However, in subsequent years, art historians were not idle; on the contrary, they conducted a number of serious studies.
“It’s probably good that the book was not published in 2016,” admits the curator of the project Yelena Karpenko, who heads the Ancient Belarusian Art Department. “Because during this time, many new attributions, clarifications of the topography of some icons have appeared, and, in comparison with previous publications of Belarusian icon painting and altar painting, there are several innovative discoveries. We tried to pick up items that were not published as often. 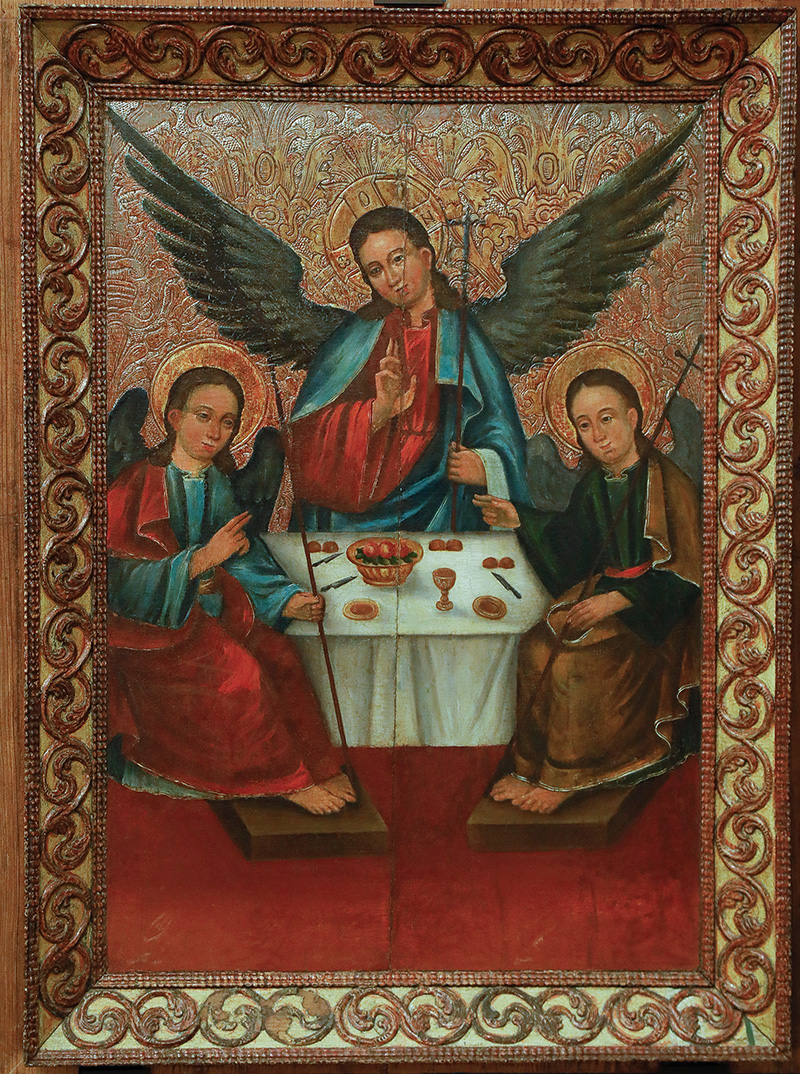 For the first time, a whole volume, in which 114 icons and works of altar painting are published, is dedicated only to the collection of our museum.”
The appearance of the album is a great event, including from the standpoint of the development of science. Of course, such a serious project would have been impossible to implement without the help of restorers.
“This is a large team led by Arkady Shpunt, who helped us in everything,” said Yelena Karpenko with gratitude. “They fully revealed the works that made up the core of the Belarusian Iconostasis exhibition from late additions and layering, and in the process of their work, helped us in everything, including preparing works for shooting, which is extremely important for such a high-quality publication.”
Research, of course, does not end there. The National Art Museum continues its scientific work.
“Opening the curtain, I want to say that, for example, the Shereshevsky iconostasis, which is published here and which we attribute to the 18th century, is likely to be re-attributed by our employees to an earlier date,” shared the curator of the project.
So, the first volume is devoted to sacred images, the next album will be devoted to the traditional folk culture of Belarus, then Vladimir Prokoptsov and his staff plan to prepare a two-volume book representing contemporary Belarusian art of the 20th-21st centuries.