The President of Belarus met with the Minister of Defenсe of the Russian Federation Sergei Shoigu. The meeting was devoted to cooperation in the military sphere. It should be pointed out that currently in Belarus, the parties are holding the Allied Resolve 2022 joint military exercises. 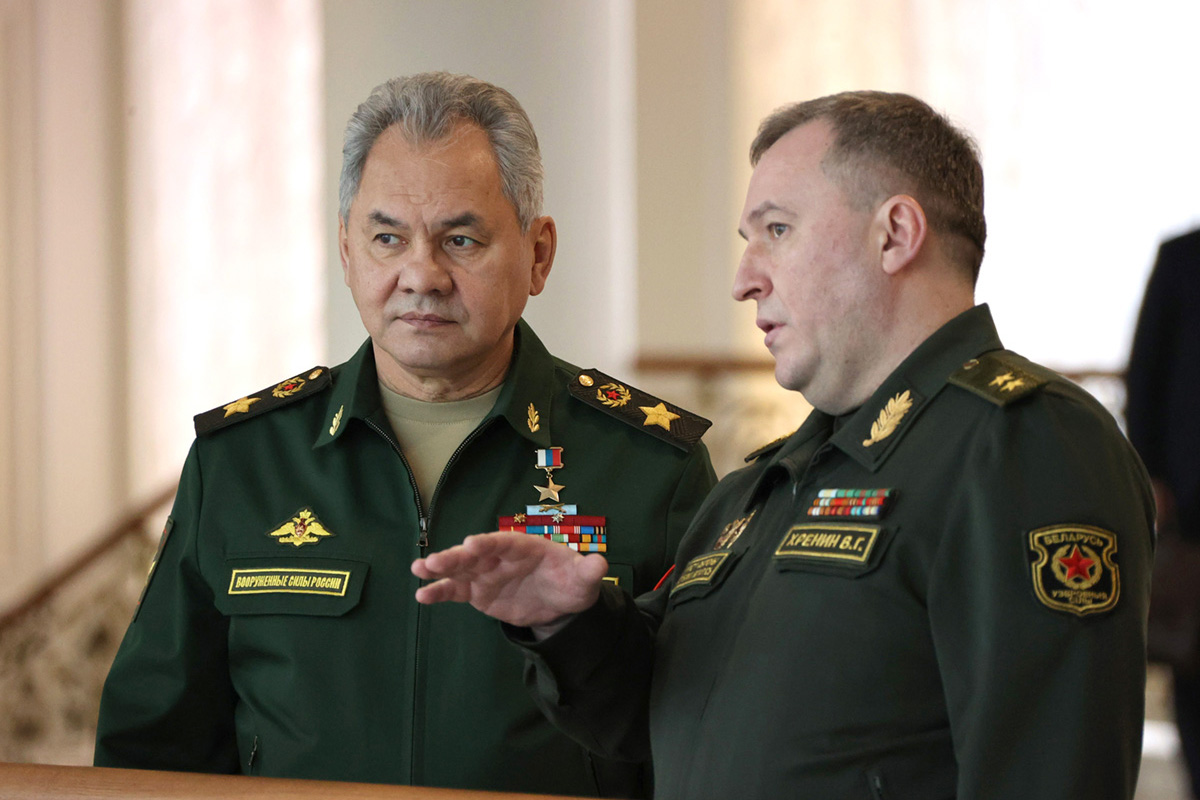 
Aleksandr Lukashenko stated, “I would like to explain the main goal we pursue in these drills. Everybody has noticed that we are relocating a lot of equipment from Russia to Belarus, including modern ones. As we agreed both with you and with the President of Russia, it is very important for us that our military people not only see this equipment in pictures but also, train how to use it together with the Russians. This is very important for us because we plan to purchase almost all of the equipment present here from you this year, next year, and the following years. This is crucial for our Union State today in connection with how NATO is behaving, as well as with Ukraine’s intention to join it.”
The President added that, together with Russia, they form training centres to teach how to handle the latest Russian weapons. Three kinds of these training centres have been formed, two in the Russian Federation and one in Belarus.
Aleksandr Lukashenko named one more goal of holding joint military exercises.
“I do not conceal it. Today, unfortunately, we are opening the southern direction. You cannot get away from this. We are forced to strengthen the border with Ukraine. Your help is important here. Your military specialists will help us identify the most painful points in this direction in order to build up the defences on our southern borders at no extra cost. For the Russian Federation this is important as well. Therefore, talks about the war or not war, and so on... if they interfere, they will pay for it. That is the war. We do not need what does not belong to us.”
The President thanked the Russian party for the support of their Air forces.
“Truly, it has such a cooling effect on the heads of some of our so-called neighbors who are trying to get ahead of them selves. It is in their right. They escalate the situation, they are urging us to react (there have already been several provocations to which we could give armed response). They understand that if we respond, Russia will follow. We are patient for the time being, but they provoke us all the time.”
In his turn, Sergei Shoigu noted that the transfer of a large group of troops from Russia to the western borders of the Union State as part of the Allied Resolve 2022 military exercises, was brilliant.
“We have more than 20 events ahead of us this year,” the Minister added, mentioning that the Vostok 2022 drills are among them.